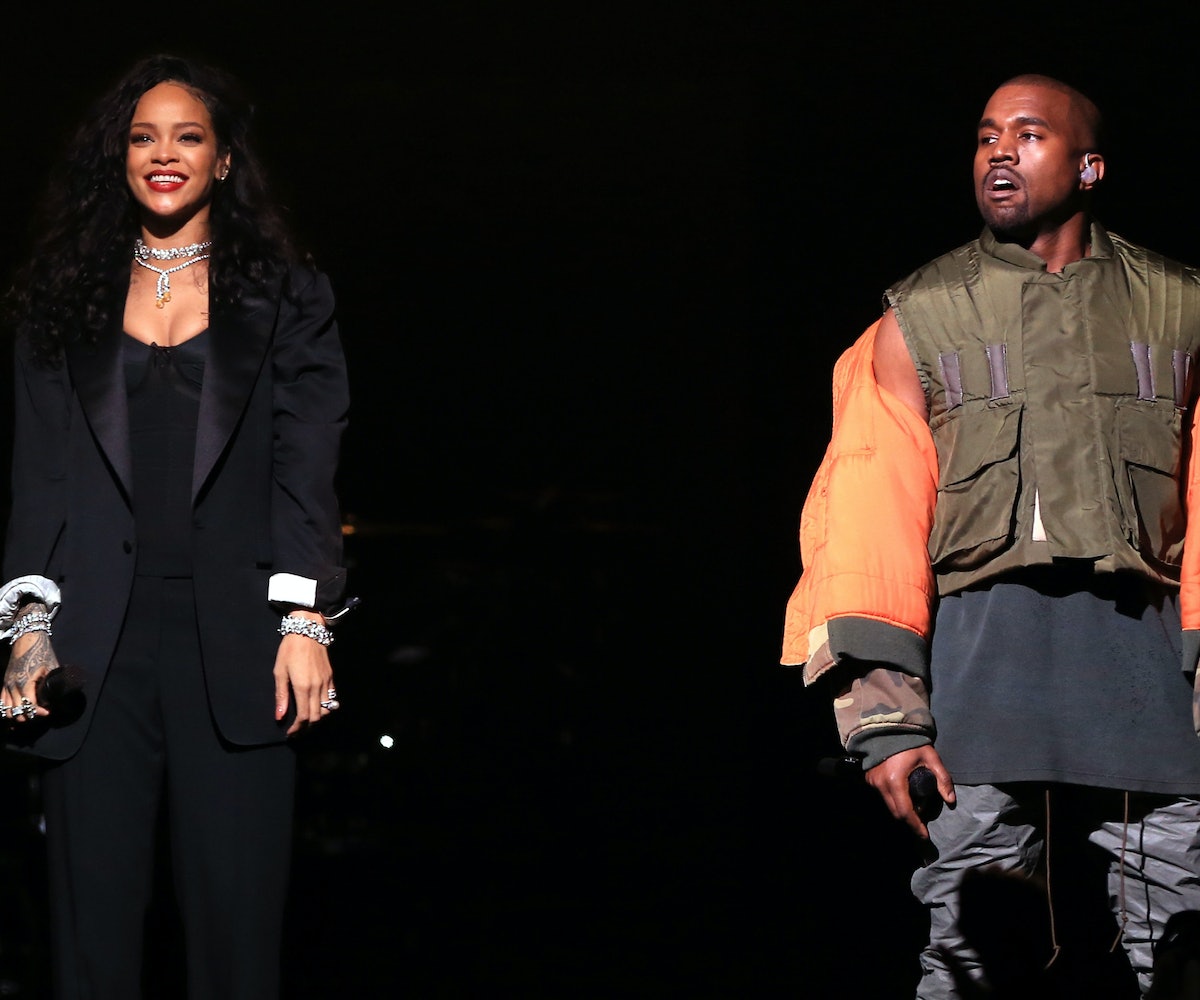 Kanye West came to the rescue at L.A.'s FYF Fest this weekend after Frank Ocean suddenly pulled out of his Saturday night headlining slot. Not only did West replace him, but he gave fans an extra treat when he noticed Rihanna watching from the front row and handed her a microphone to sing her part on their duet with Paul McCartney, "FourFiveSeconds."

But that wasn't enough. After bringing out Travi$ Scott to perform his hits "Antidote" and "Upper Echelon," West invited Rihanna up on the stage for a show-stopping rendition of "All of the Lights," the centerpiece of his 2010 record, My Beautiful Dark Twisted Fantasy. You can watch both moments in fan-shot videos below.

NEXT UP
Entertainment
Who Will Rihanna Bring To The Super Bowl?
Entertainment
Demi Lovato & Ashlee Simpson Sang "La La" On Stage
Life
On Repeat: Vaquera’s Away Collaboration Is Brought To You By Britney Spears B-Sides
Entertainment
Relive ‘00s New York With Yeah Yeah Yeahs, The Strokes In ‘Meet Me In The Bathroom’ Trailer