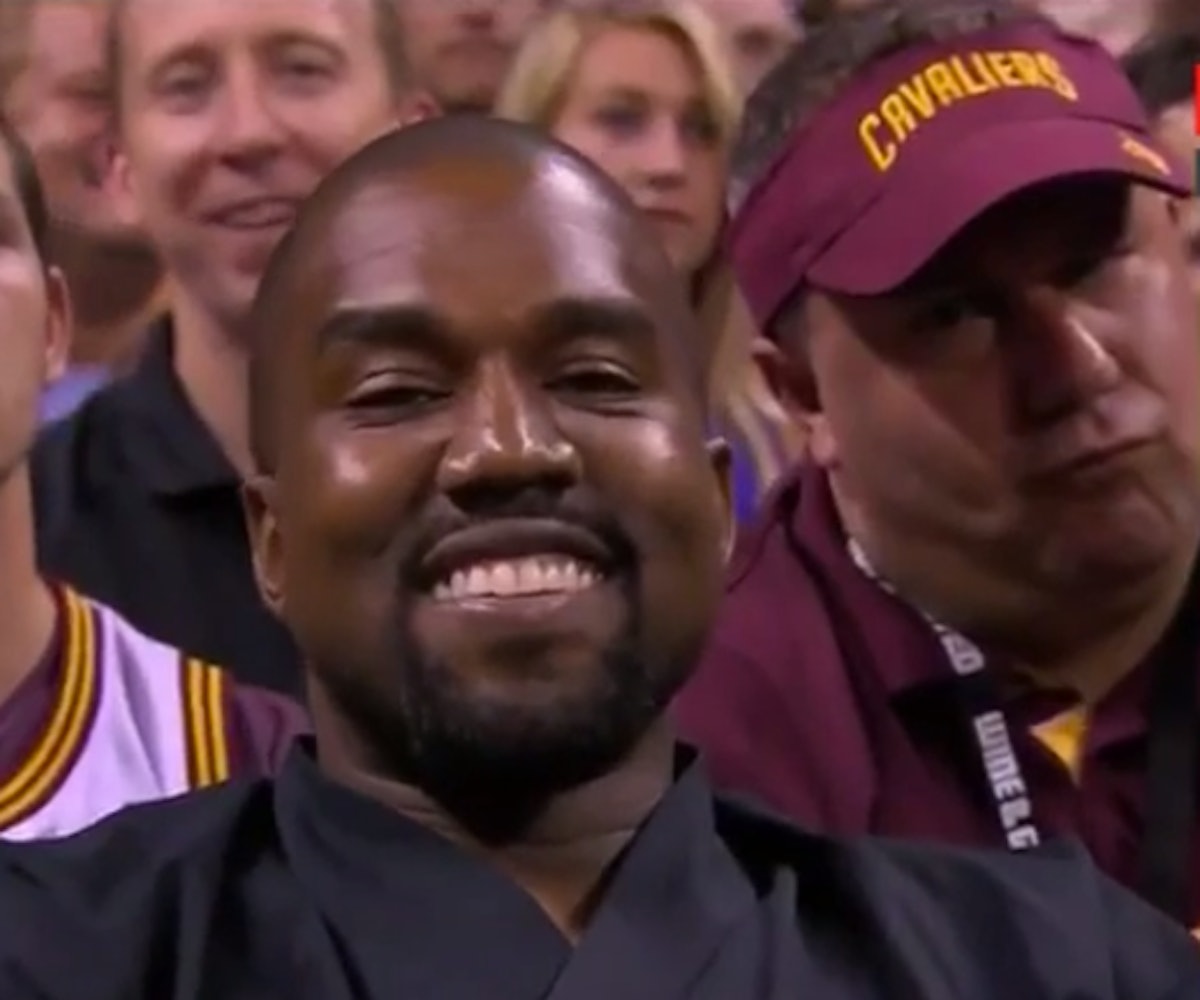 We finally know why Vine was invented: to capture Kanye West smiling—and then not smiling—while sitting courtside at basketball games.

It happend last month during the Conference Finals, and it happened last night in Cleveland during the NBA Finals. In both cases, Kanye was having a good time, which causes humans to flex the muscles at the side of their mouth—an action colloquially known as a smile. When he notices the camera on him, he relaxes those muscles and the smile disappears. The effect is hilarious, adorable, and most of all, mesmerizing. We can't stop watching it. (Vulture)