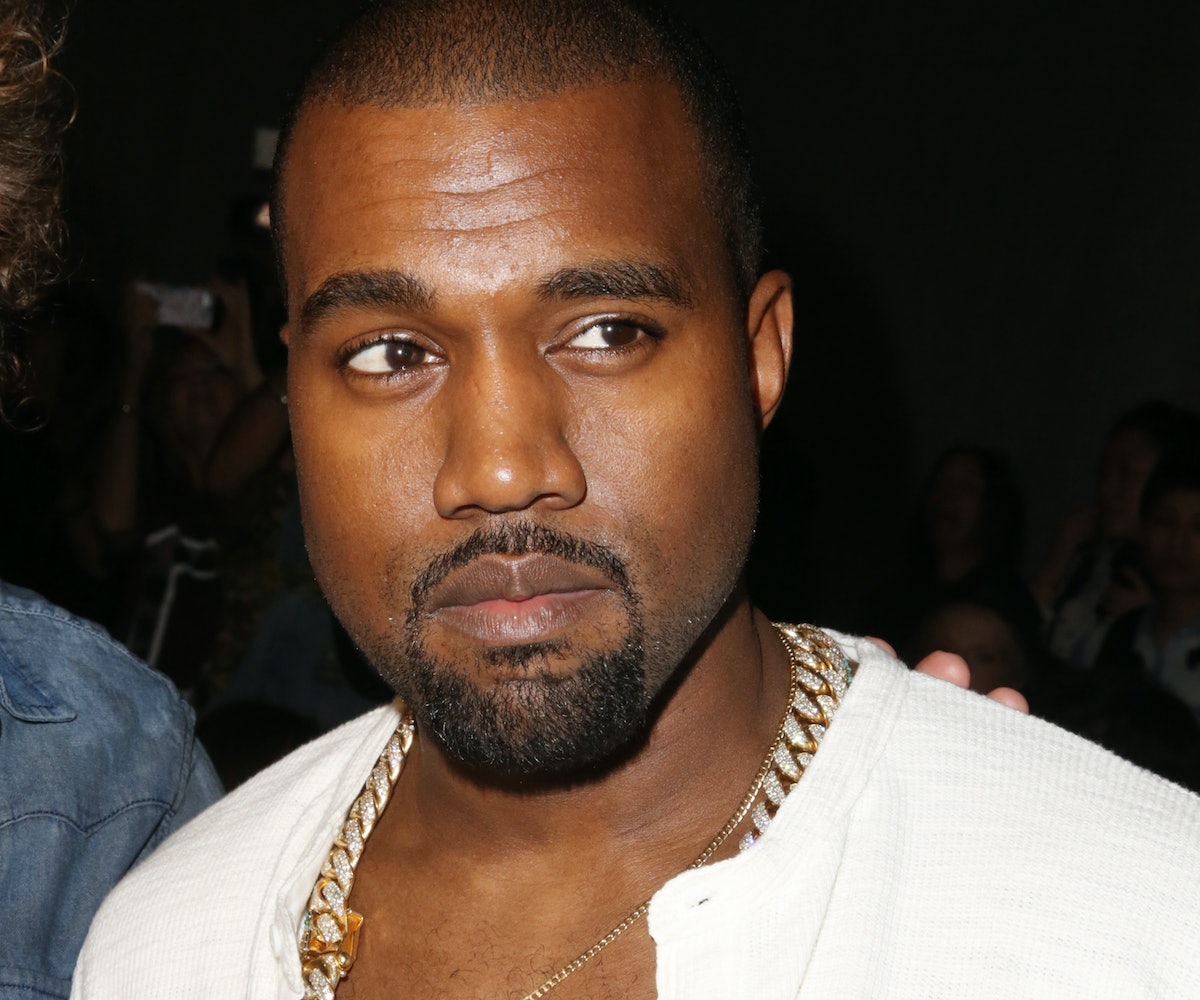 Kanye West has been unusually active on Twitter lately, which means his new album is close. And now we have a title. The Yeezus follow-up will be called So Help Me God West tweeted Saturday. We also get our first look at the cover art, which some intrepid Redditers discovered is a 13th century symbol of the Virgin Mary. Could the religious iconography be a tribute to West's late mother Donda? If West really is Yeezus, that would make his mother — well, you get it.

In a recent inrerview with The Breakfast Club, West revealed that the album is 80% done, and that it's about "embracing the music, embracing joy and just being a service to the people." After West debuted possible lead single "All Day" with a fiery performance at last week's Brit Awards, the album's sound is starting to come into focus. And with the already revealed disparate sounding songs "Wolves", "Only One" and "FourFiveSeconds", it looks like that sound is no focus at all. That's a good thing. Check out the art for So Help Me God Below.