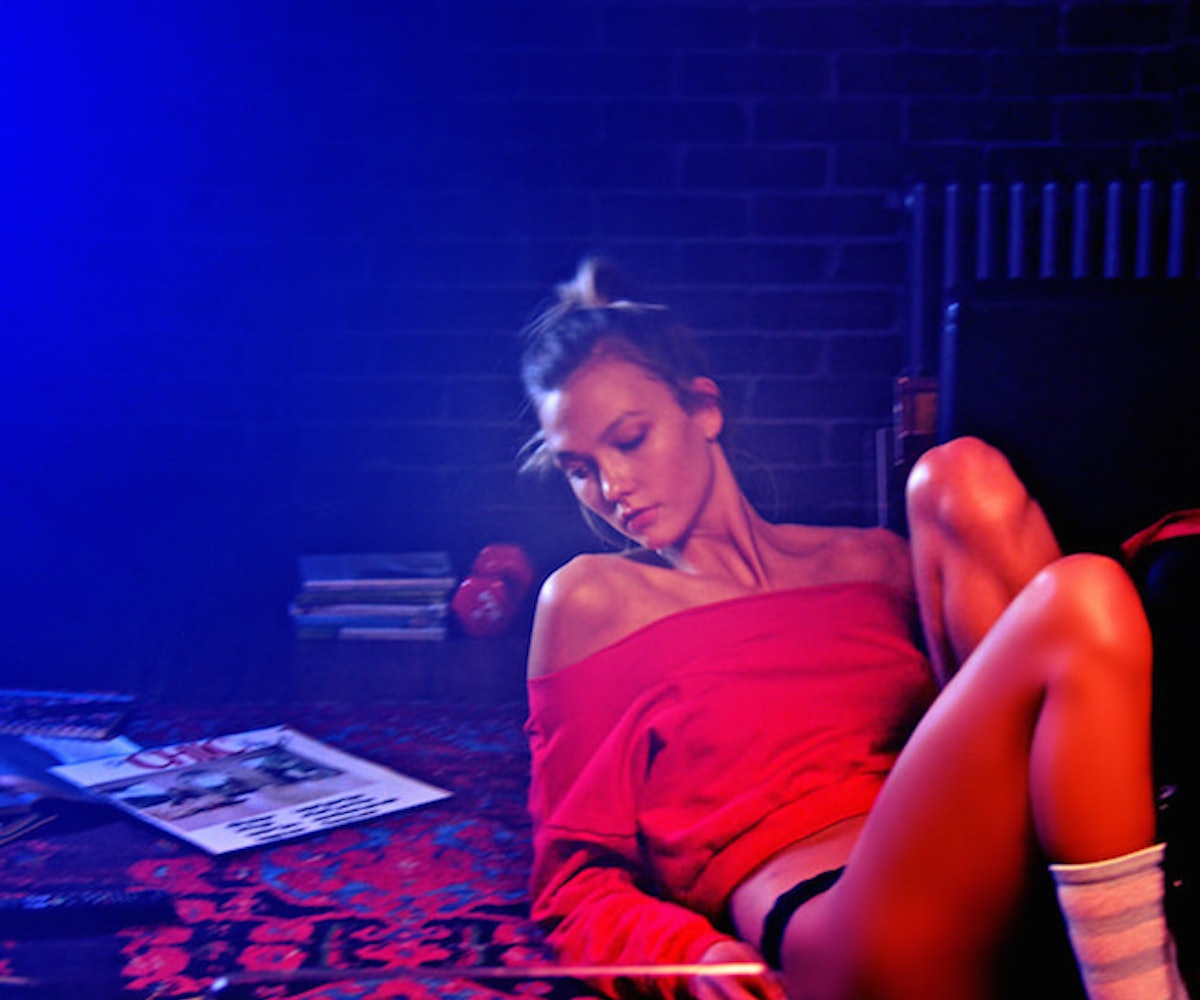 Directed by Inez & Vinoodh, the surprisingly racy clip for "I'll Be There,"—a funky disco romp if there ever was one—features the supermodel just casually lounging around in a cropped sweatshirt and lace underwear, as supermodels tend to do. And of course, if you're Karlie Kloss there's no way you're staying home on a Saturday night. Instead, you try on your best club gear, eventually settle on a dazzling one-piece, and paint the town fifty shades of red. Check it out below.