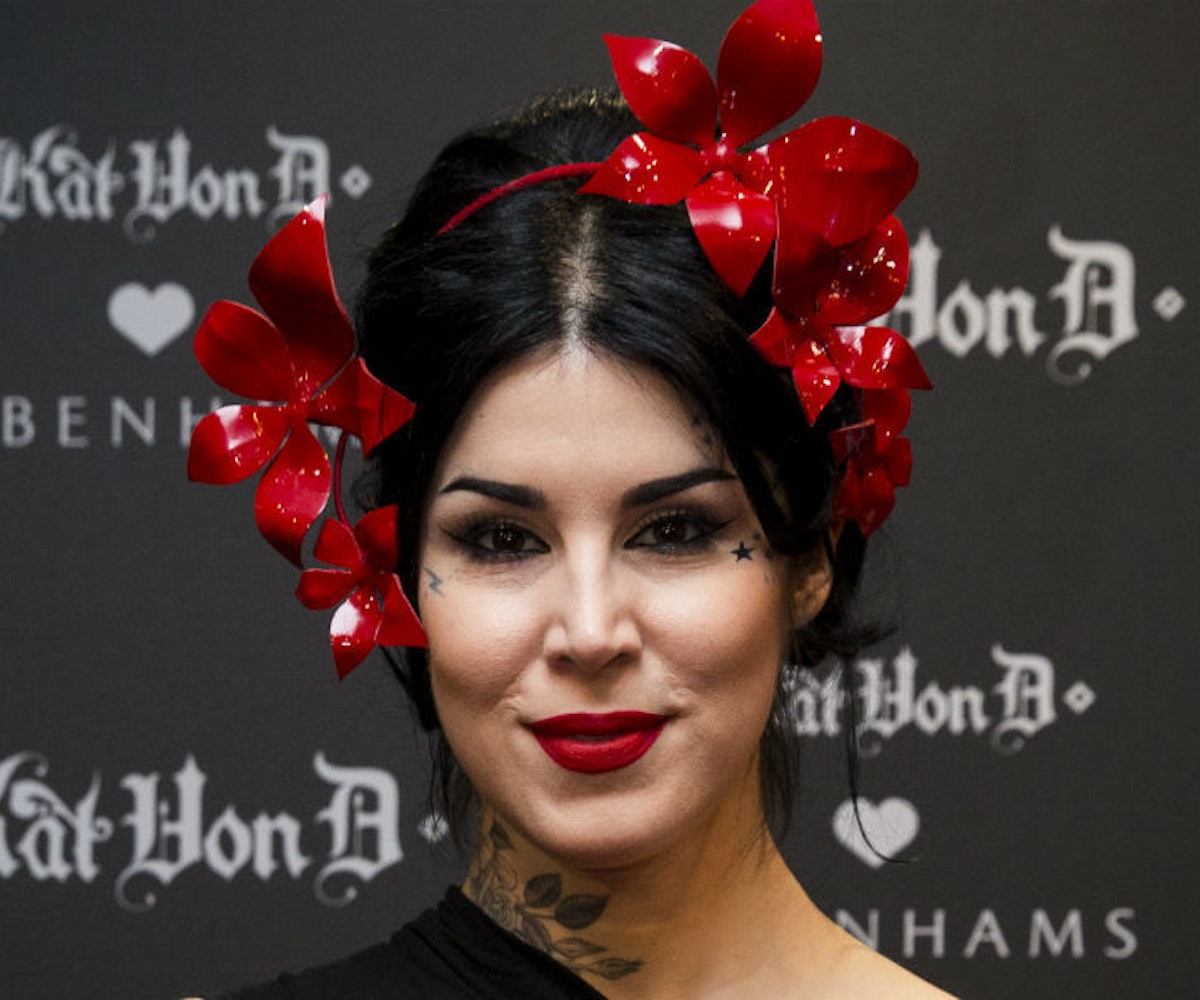 In case you missed it, beauty mogul Kat Von D and her husband are having a mini goth baby. Following the announcement, she posted an Instagram photo earlier this month where she revealed that she would be having an at-home birth and raise her child vegan and without vaccinations, which prompted major fan backlash.

In addition to fans, as Racked points out, a handful of beauty insiders chose to speak out against her post. Christine Mielke of Temptalia wrote on Twitter, “Science is awesome. Pseudo-science is not, fear-mongering based on shoddy studies is not. Fans encouraging you to read & research further isn’t hate, by the by, especially when they’re linking to said research,” before linking out to a piece about vaccine myths. Blogger Caroline Hirons is another who recounted the time her son was diagnosed with mumps and almost died.

In response to the backlash, Von D posted a follow-up post stating that, despite what she initially wrote, her and her husband are not anti-vaxxers. “Just because we have hesitancies and valid concerns about injecting our baby with specific chemicals and toxins does not mean we are anti anything,” she wrote. She says that, as a first-time mom, she feels a responsibility to question things and do research, noting that vaccines have been proven to work wonders, but that they may not be good for everyone.

Von D went on to write that her family’s personal medical records are nobody’s business, and whether they choose to vaccinate or not vaccinate their child is also nobody’s business. “So, perhaps before any of you feel inspired to harass us, spew hatred, or send ill-will our way, I hope you would try and understand that this is our first child together, and we are simply trying our best,” she wrote. She concluded with that she doesn’t plan on talking about the topic anymore and has no interest in fighting anyone.