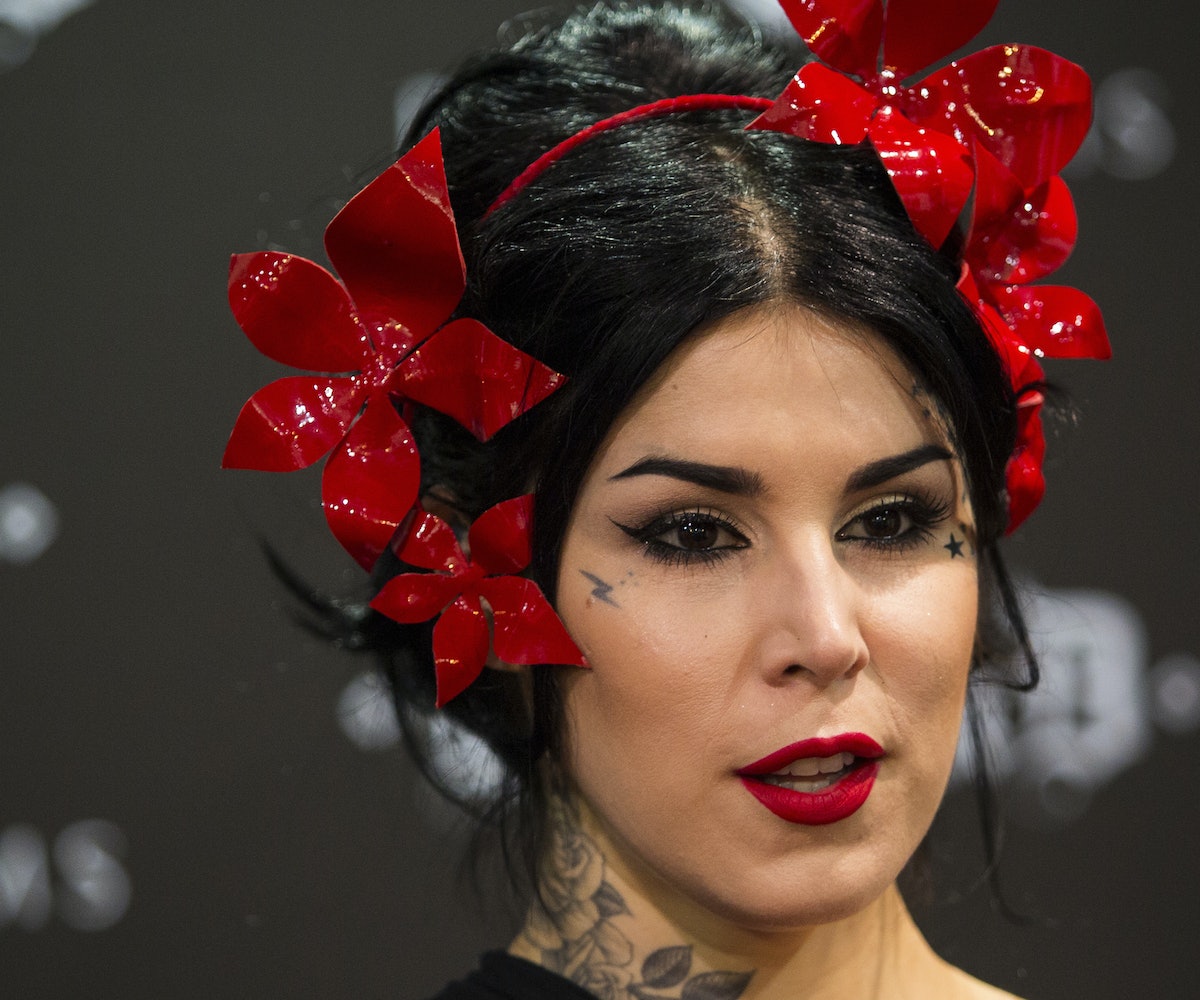 In an Instagram post on Thursday, Kat Von D defended her decision to have a vegan pregnancy, an unmedicated home birth, and raise her child without vaccinations. And it's this last part that is spurring a major, justifiable backlash, with many people calling for a boycott of Von D's makeup line.

Von D started off her post by saying that she was "prepared for the backlash and criticism we would get if we decided to be open about our personal approach to our pregnancy," and shared that her father "flipped out" about her decision to have a "natural, drug-free home birth in water with a midwife and doula." She then went on to state that she "has the intention of raising a vegan child, without vaccinations."

This anti-vaccination stance feels like a small aside in the larger context of the post, which mostly centers around the criticism she is receiving for being vegan: "If you don’t know what it’s like have people around you think you are ridiculous, try being openly vegan. And, if you don’t know what it’s like to have the entire world openly criticize, judge, throw uninformed opinions, and curse you - try being an openly pregnant vegan on Instagram."

But the criticism she's receiving now isn't centered around her vegan journey, but rather her anti-vaccination stance. After all, a vegan diet is something that can be responsibly maintained, and ultimately affects only the people participating in it. Being anti-vaccination isn't only harmful to the child who doesn't receive appropriate medical care, but also puts at risk countless other people. Which is why, Von D's assertion that "this is our child. And this is our pregnancy journey," is getting a lot of legitimate flack. It's also why, when Von D says she "would appreciate you keeping your unsolicited criticism to yourself," people are doing anything but that.

Numerous fans have responded negatively to her post, calling her "selfish," "uneducated," and pointing out that "If you aren't going to vaccinate, your child isn't the only one in danger." The backlash was even more pointed on Twitter, where some alleged that Von D was also deleting comments "with straight facts about vaccinations." Others are talking about boycotting her products.

Von D has yet to comment further on the matter.