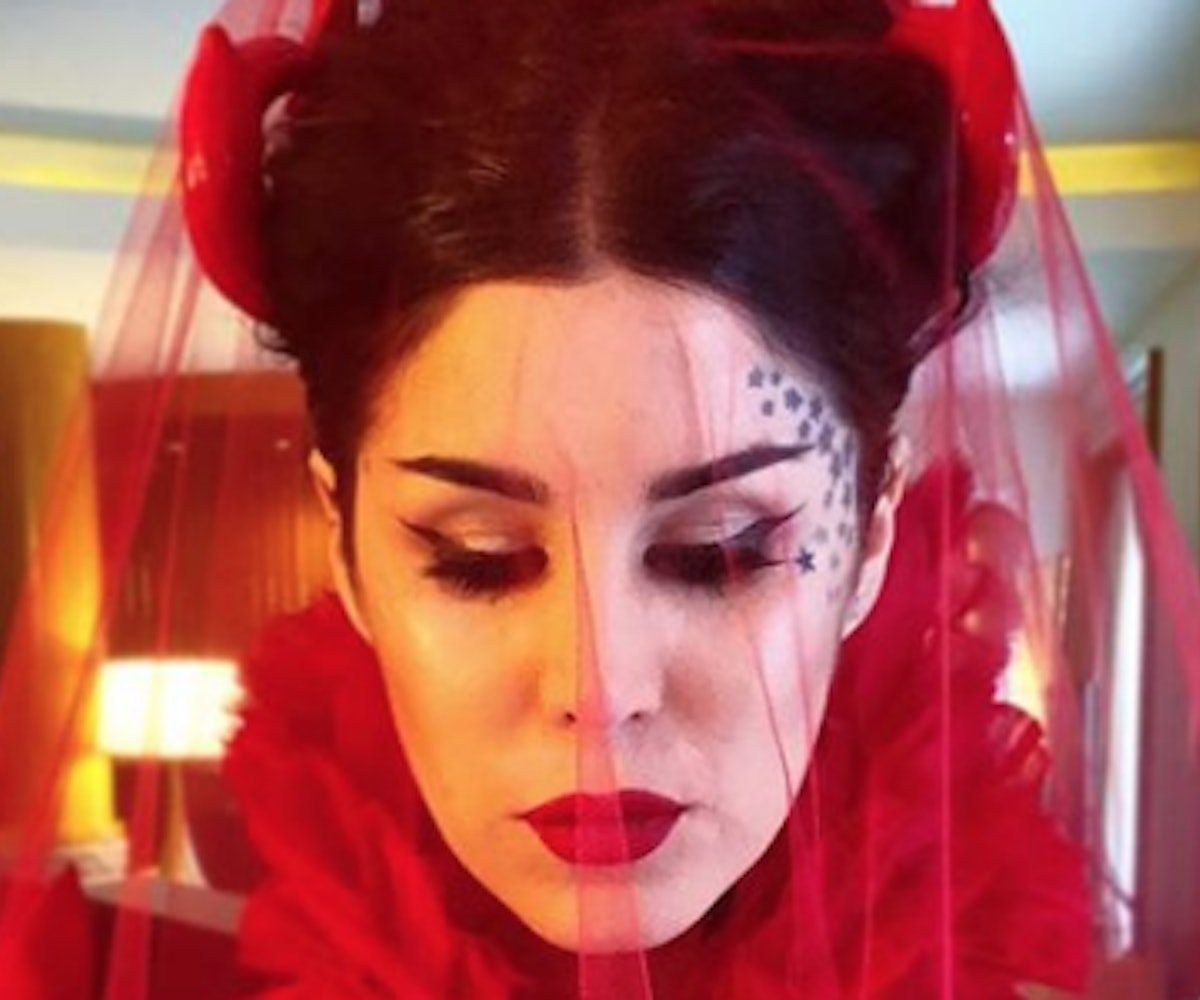 Leave it to Kat Von D to throw the most bewitching wedding ceremony of all time.

Over the weekend, Von D married musician Leafar Seyer in a decadent, all-red wedding ceremony. The couple may have officially tied the knot in February, however, Von D told her Instagram followers that she wanted to spend "today together reliving our vows."

Taking to Instagram to share images from her special day, Von D walked fans through the setup, which included an all-white "heaven" entrance space complete with giant, white carnation-covered crosses. Guests were then ushered into the main, all-red venue, which was decked out in red lights, skulls, and floating candles. Accompanied by contortionists outfitted in full-body red Latex, the happy couple exchanged vows on a stage under a floral chandelier. Von D looked stunning during it all, in a custom-made look from Adolfo Sanchez that included a red antler headpiece.

The couple also had an over-the-top (vegan) cake at the reception, which was made to look like a castle—moats et. al. It's safe to say that Von D and Seyer have managed to pull off the most gorgeous, goth-inspired wedding of all time.

Check out photos from the breathtaking ceremony below.