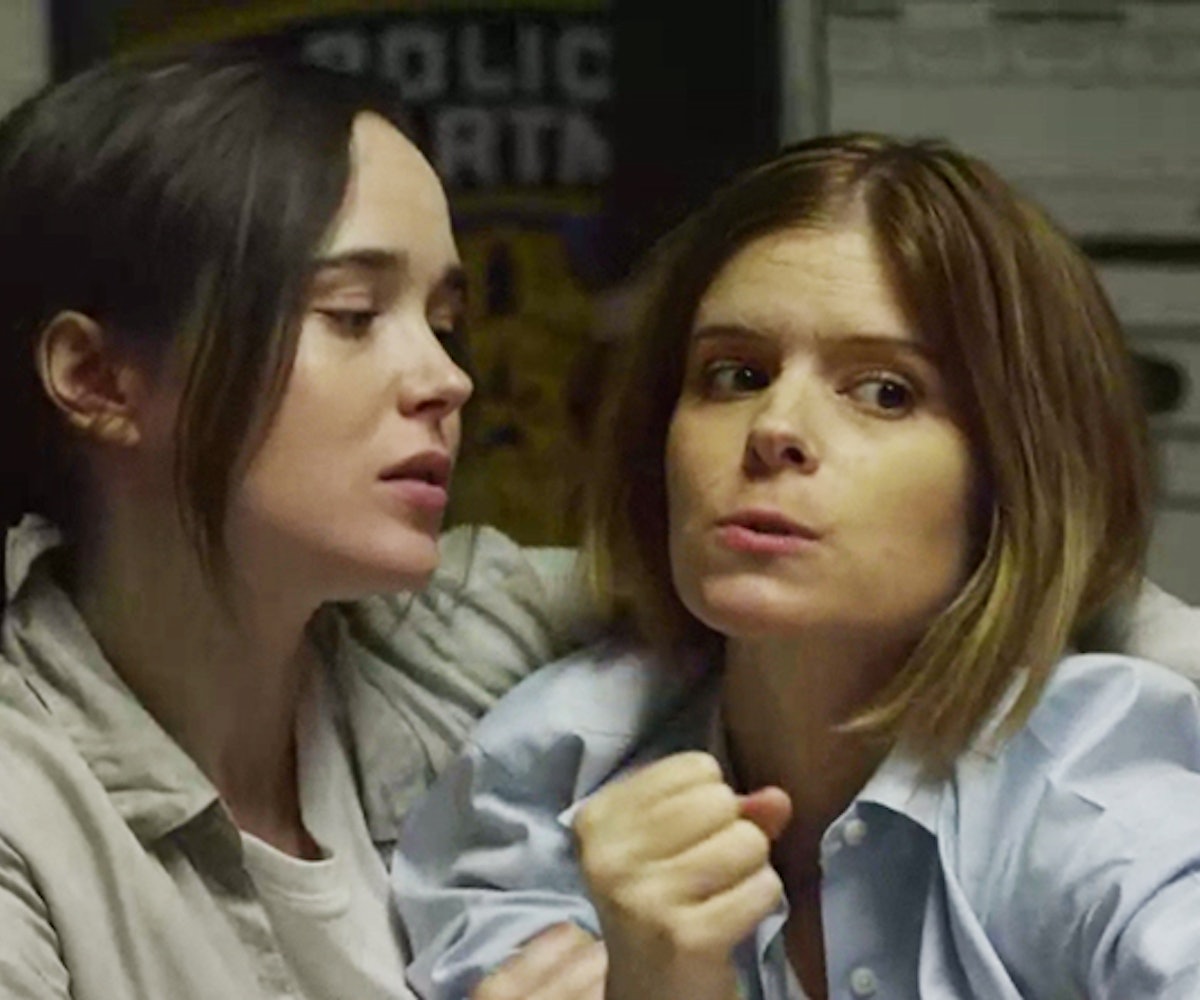 One of the best parts about Netflix is getting to come home after a long day of…well, whatever it is that you do…and not have to think, at all. You plop down on the couch with your dinner (consisting of ice cream if you’re anything like me) and flip on the most mindless show you can find. Personally, I’ve been catching up on the last nine seasons of Bones, which starts Zoeey Deschanel’s sister, Emily. It’s mostly ridiculous to the point of hilarity (in the last episode a girl got murdered by the creator of an OKCupid-esque dating site out of jealousy), but sometimes I do learn interesting facts about the human body (since the main character is an anthropologist, afterall).

However, I might actually get the chance to have my cake—er, ice cream—and eat it, too. That’s because Funny or Die just released a “trailer” for a new crime show starring Kate Mara and Ellen Page. The only problem is, as you may have heard, most celebrity It Girls aren’t the tallest people in the world—and yes, the dynamic duo are almost too short to solve their own crimes. Check out the teaser, which Funny or Die claims was made because, “The internet was unhappy with the casting of True Detective season two, so the creators have started from scratch with an entirely new show.” They are so tiny, and so awesome.

Tell us what you think of the True Detective, or the new show starring Kate and Ellen who have literally solved zero cases and also sleep in a shoebox.