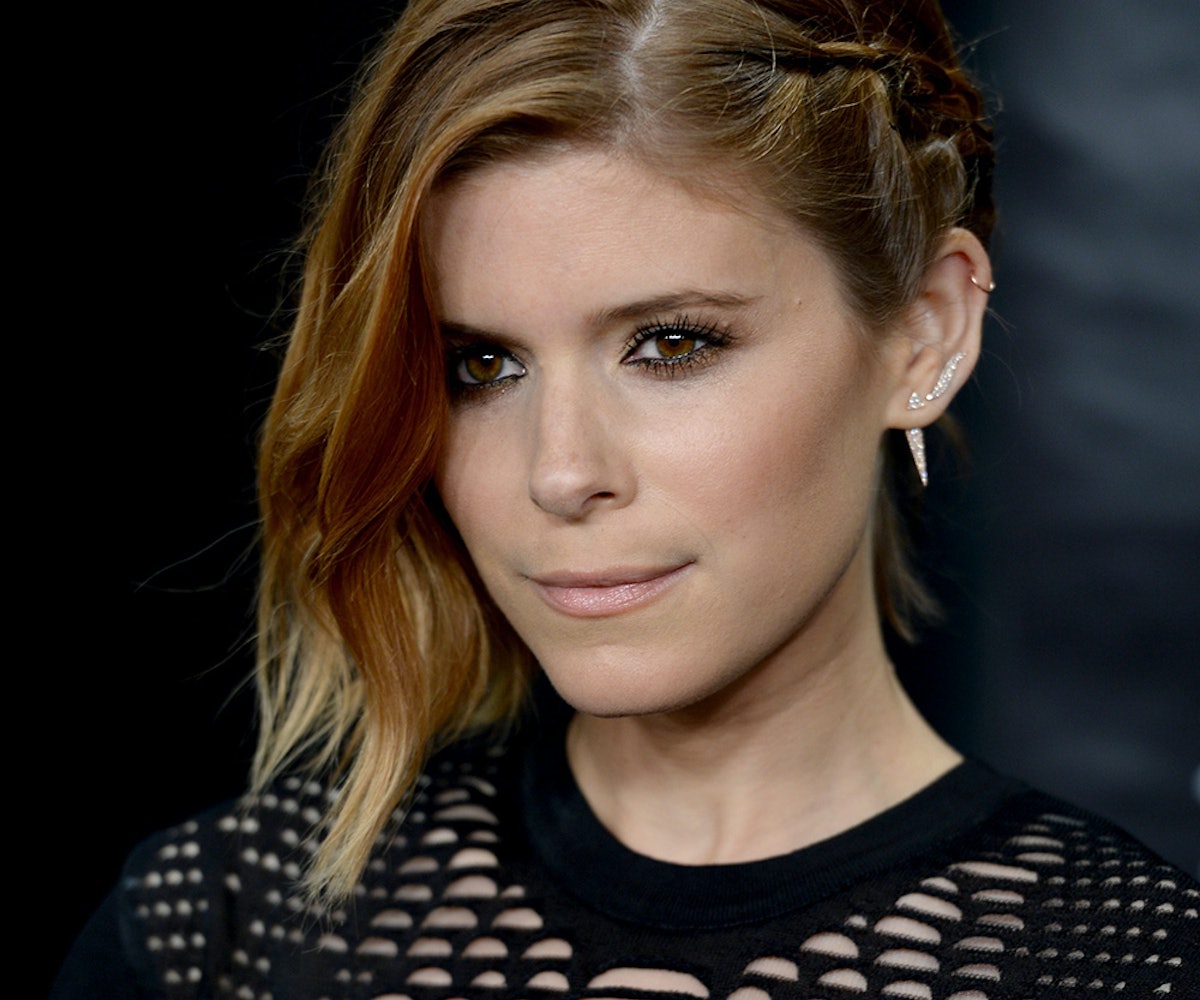 A pixie cut—though adorable in theory—is not a super easy haircut to pull off. In fact, it's one of the most difficult 'dos to, well, do. But leave it to Kate Mara—who's about to emulate one of the most iconic superheroes of all time, Sue Storm, in the upcoming Fantastic Four remake—to not only wear the look well, but also bring a rocker edge.

Mara debuted the look last night at the Max Mara Women in Film, where she received their "Face of the Future" award.

Executed by celebrity hairstylist Mara Roszak, the dark look is piecey and textured, which gives the hair an inherent bedhead feel. It's not too far off from her old floating lob, but it's certainly a fresh change.