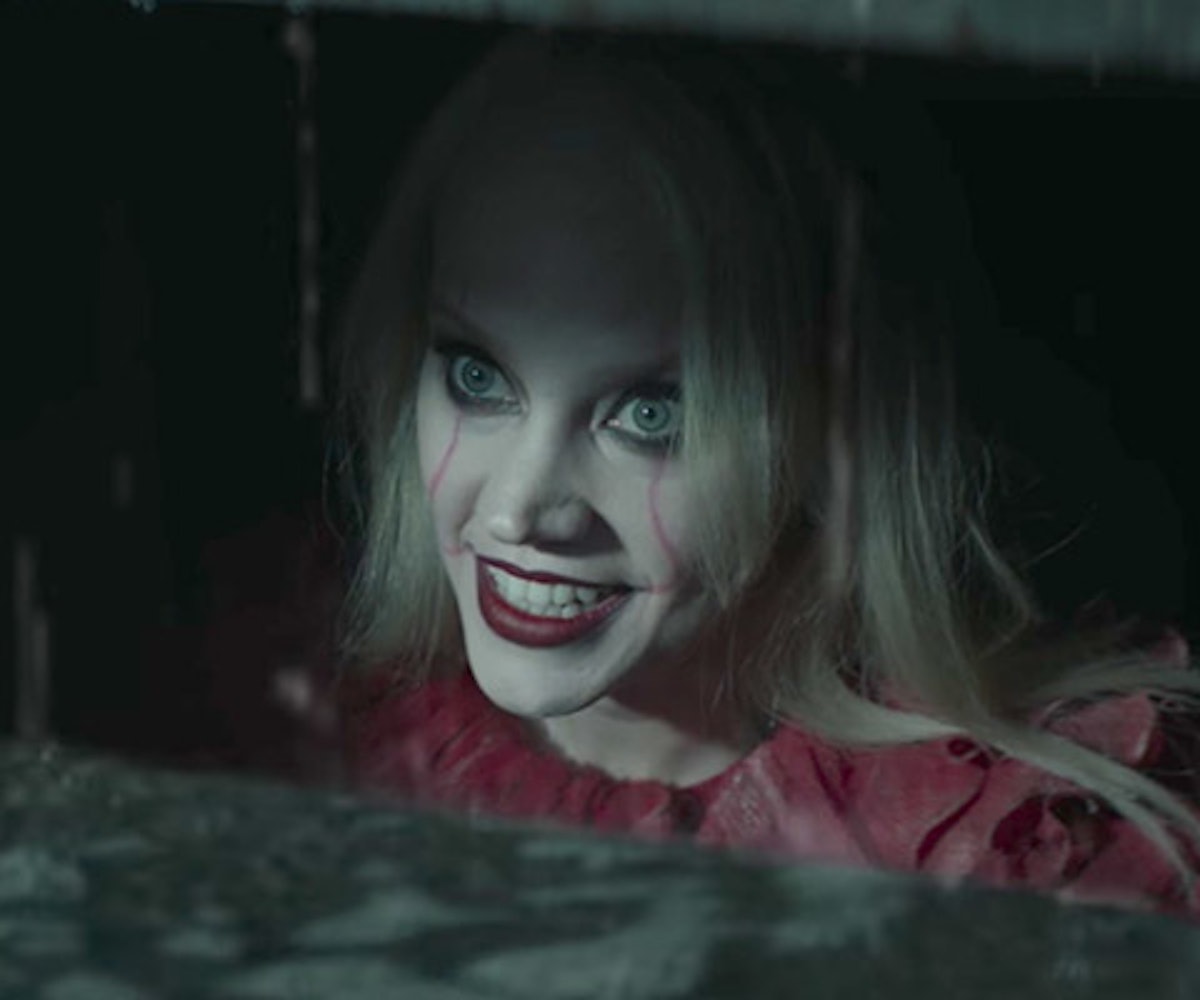 I didn't think it could be done, but SNL's Kate McKinnon managed to make Kellyanne Conway even scarier, by playing her as Pennywise, or "Kellywise," the terrifying murder clown from It. In a sketch, featued player Alex Moffat plays Anderson Cooper, who's heading home after a long day at CNN. He drops some papers that float down to the sewer and that's where Kellywise is waiting.

Conway begs Cooper to put her on TV. "Don't you want a quote?" she asks when Cooper tries to leave. "I'll give you crazy, crazy quote." And then she snaps into her Conway talking-head voice and says things the actual Conway would probably say. "Okay, so Puerto Rico actually was worse before Hurricane Maria and the hurricane actually did blow some buildings back together," she says, "and I don't know why Elizabeth Warren won't tweet about that."

Soon we realize Kellywise isn't in the sewer alone. She's already managed to get Rachel Maddow and Hillary Clinton down there with her. Let's just say things don't end well for Cooper.

Watch the full sketch below.