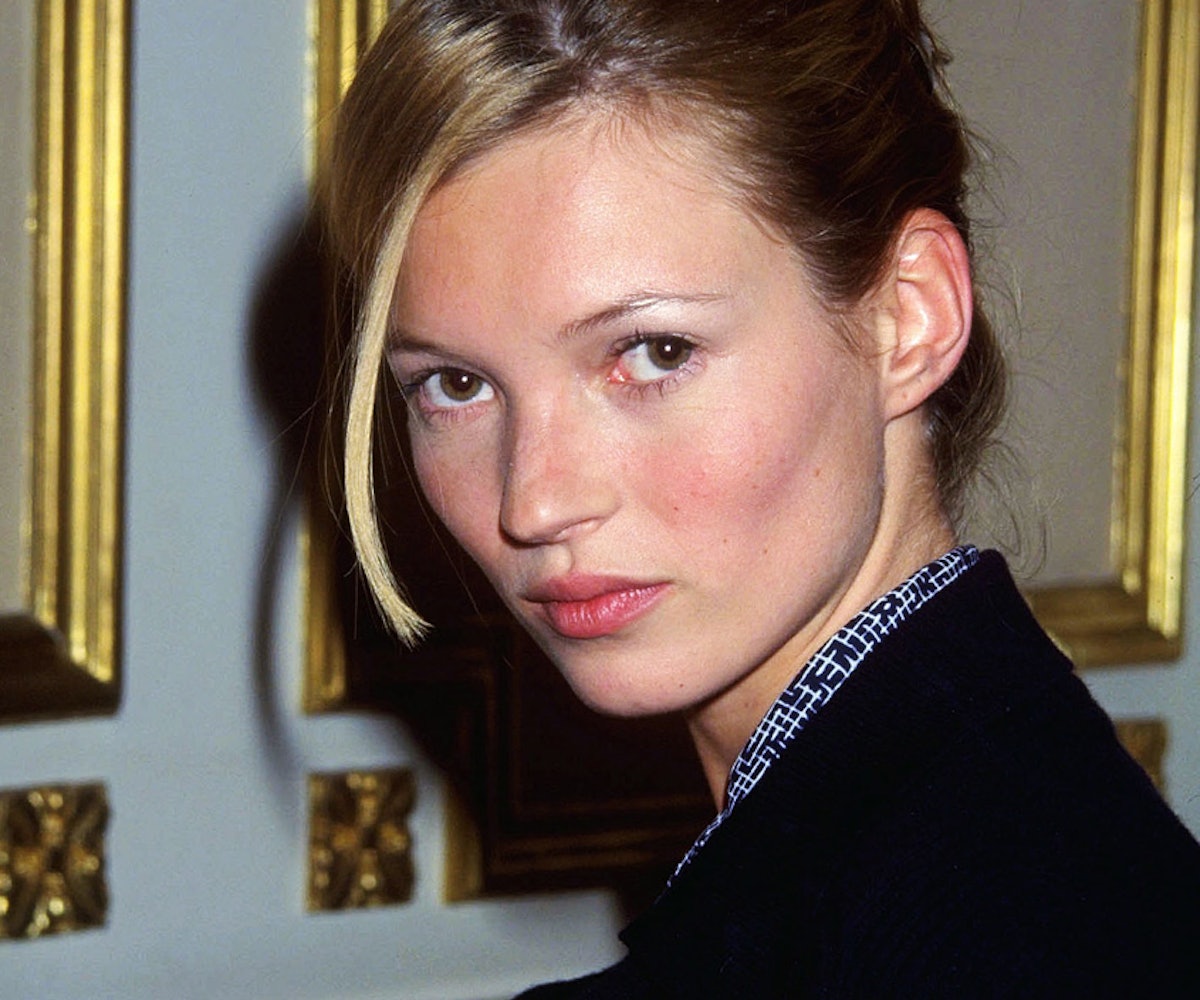 To say Kate Moss is a fashion icon might be the understatement of the century. The British model, who turns 40 today, has served as a muse to a plethora of designers and amassed thousands of fans since bursting onto the modeling scene in 1990.

Scouted at John F. Kennedy airport in New York, Moss was thrust into the limelight with those now classic, and oh-so-Tumblr-able black and white photos of her by Corinne Day on and around the beach. Since then she's been the face of Dior, Chanel, Louis Vuitton, Yves Saint Laurent, Roberto Cavalli, Topshop, Longchamp, Burberry, David Yurman, Rimmel... I could go on and on but the list probably wouldn't fit in this article. She's also walked at the Olympics closing ceremony, designed clothing for Topshop, sang on tracks by Babyshambles and is the subject of a $2.4 million gold statue, the largest to be created since Ancient Egyptian times. (I think this means we can actually call her a fashion goddess.)

You get the point; Kate Moss is the bees knees of fashion. She made Vivienne Westwood pirate boots cool. She's the queen of the smoky eye and the shag. She dated Johnny Depp! Enough rambling though, because I know it's Kate Moss' signature boho style that really cemented her status as a supermodel. So check out all her best outfits in the slideshow and join us in celebrating the birthday of earth's coolest muse.

May 2006, with Daria Werbowy and Mario Testino

April 2007, at the launch of her first collection for Topshop

September 2007, at the opening of The Gilded Age of Couture at The Victoria and Albert Museum

December 2009, at the British Fashion Awards

May 2011, at the launch of her Mango campaign with Terry Richardson

November 2011, at the British Fashion Awards

August 2012, at the Olympics Closing Ceremony

September 2013, at a Christie's auction of art inspired by herself

December 2013, at the British Fashion Awards