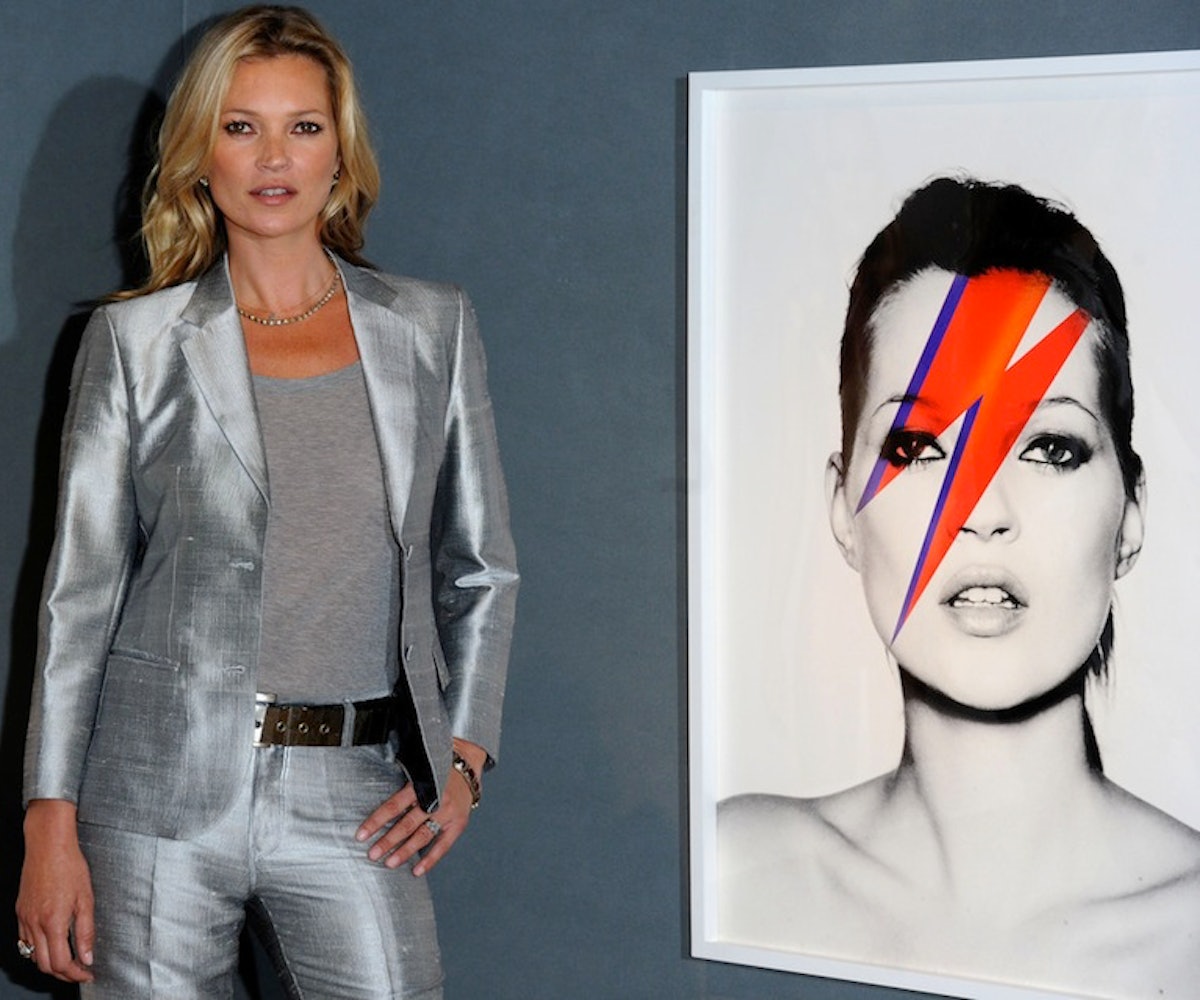 Dreams do come true! After three and a half years of a Kate Moss x Topshop drought, the super model and British retailer have decided to team up again for a spring '14 collection that will hit stores in April 2014. That's right, folks! Kate Moss x Topshop is back!

We seriously couldn't be happier that Moss and Topshop are back working together. Of her return to the design world Moss said, "I have really missed being involved in the design process, and working with the team at Topshop. I am very excited to create a new collection that bears my name. Now more than ever with London being at the forefront of fashion as it feels like I’m back home working with Topshop."

Since her last collection Moss has gotten married, become the face of Versace, and started wearing a lot more black--all things that are sure to influence her designs. Here's what we're hoping for from Kate Moss x Topshop 2.0--Tweet us what you want from the supermodel's latest line. (You can't say cheekbones, even though, obviously, that's the number one thing Kate Moss has that we want.)

1. TUXEDO JACKETS: We're going to estimate that 85-percent of the time Moss' leaves her house she's in a black tuxedo jacket or blazer. It's sort of become her uniform, and we're A-OK with that, as long as she shares her best ones with us.

2. FAUX FUR COATS: Sure, the line may come out in springtime, but you can use a good fuzzy jacket year-round, just wear it over your shortest shorts and tiniest tank--it's what Kate Moss would do.

3. GLIMMERING IVORY DRESSES: We're pretty much obsessed with Moss' John Galliano wedding dress, but seeing as we're not looking to tie the knot any time soon, we'd take a couple of golden beige minidresses instead.