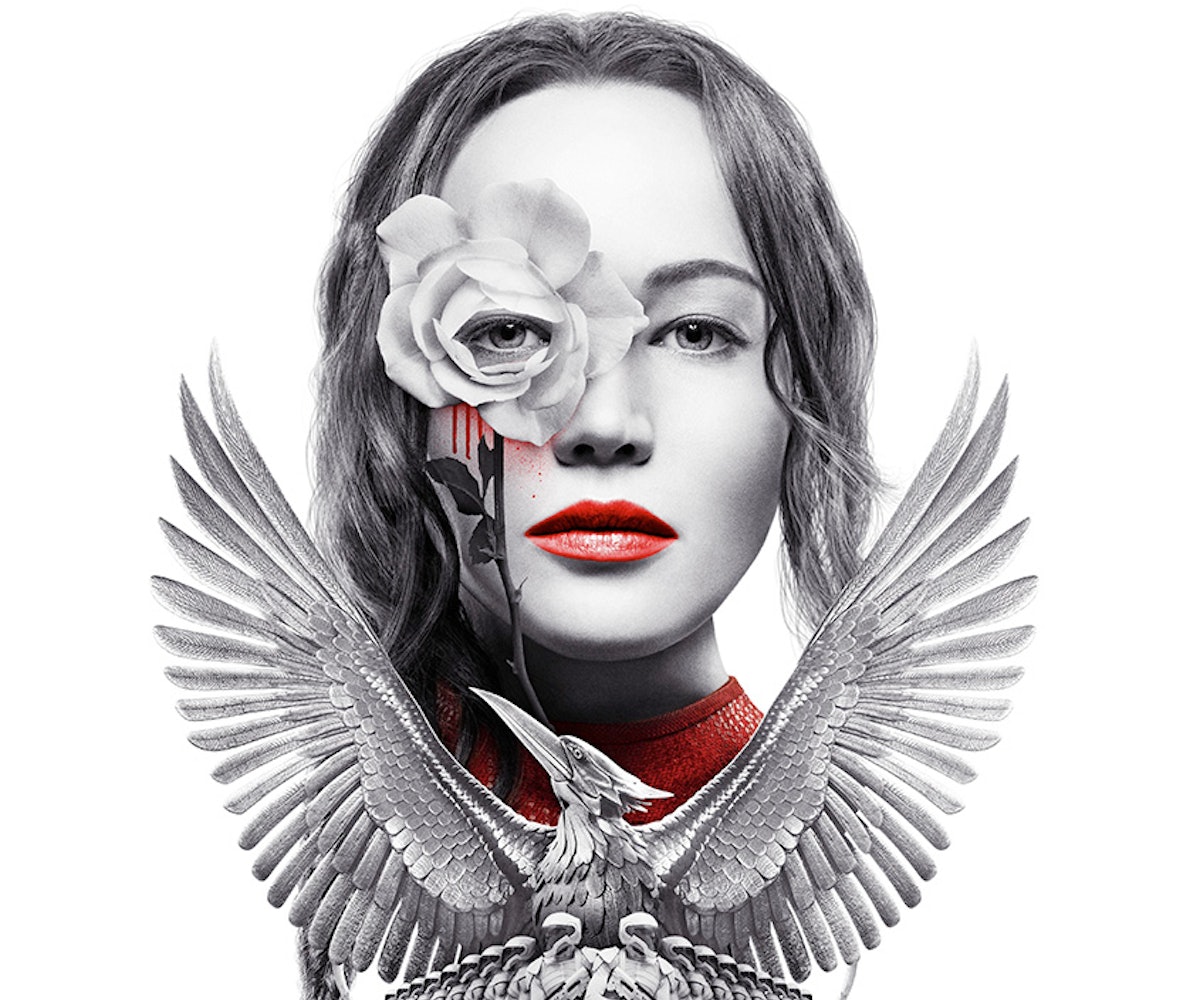 The joke bandied about dystopian or fantasy Young Adult heroines is that everyone around them understands their power and "specialness," but they are the last ones to catch on. In the Hunger Games, Katniss certainly has her own share of "why me" moments, unable to figure out how she became a bastion of hope and a lightning rod to the revolution. But what sets her apart from her more bland counterparts is that her creator, Suzanne Collins, bequeathed her with an extra layer of grit—which makes her the most believable and powerful heroine in YA fiction of the 21st Century. Katniss Everdeen ends the series brutal and broken, and her found-and-realized darkness is what makes her so good.

In fact, at the end of the series—and please, don't read on if you are spoiler adverse, as all three books will be considered here—Collins has dangled all sorts of fictional tropes in front of the readers and then craftily explodes our expectations. Happiness and safety for Katniss' family? Not quite. Her friends avoiding the painful psychological fuckery of warfare? Nope. And even the love triangle has no convenient "maybe he'll imprint as a sole mate on my newborn baby without her consent and we can be a happy family" bit of tidy closure. In short, when you have deliberate and purposeful blood on your hands, Collins suggests, a happy ending is not for you.

This bitterness exists most aptly in Katniss's carelessly woven pseudo love triangle. The narrative has cleverly crafted a way to keep both Peeta and Gale away from each other for most of the series—and gave Katniss free reign to explore her differing feelings for both. Book Two has Katniss faking a relationship with Peeta, and then finding herself surprised when he is hurt by her artifice. Book Three has Katniss crying a lot and making out with Gale (often at the same time), but increasingly alienated by his mounting politicalization. Katniss doesn't end up with the person she loves the most; she ends up with the only one left standing because she couldn't give an honest shit about romantic passion. And that's powerful, because again and again, Katniss refuses to engage with Peeta and Gale about their whiny feelings. Instead, she is more interested in her own trauma and survival. Which isn't pretty, but in the end, neither is Katniss—literally. She's scarred, singed, half-deaf, and bruised.

As Gale, Peeta, Katniss, and their team huddle in Tigris' basement before they launch their final push on The Capitol, her team sinks into a despair we haven't countered before. Finnick is dead. They are completely at the whims of a cosmetically altered cat-person, and Gale is bleeding from his neck. But, here is a chapter that defines the entire series, one that frames Katniss as a woman with agency and power, who is the architect of her own situation. Katniss succumbs to exhaustion and wakes up to hear Peeta and Gale discussing who she would rather be with: Peeta deeply believes that Katniss loves Gale most (which is probably true) but Gale doesn't think he can ever match Peeta for all of the thing's he's done for her (which is also true). It's a classic YA trope, having impossibly thoughtful, handsome young men fighting over the gifted heroine's affection. Except, Collins throws us a powerful, insightful moment in Chapter 23 of Mockingjay:

"I wonder how she'll make up her mind."

"Oh, that I do know." I can just catch Gale's last words through the layer of fur. "Katniss will pick whoever she thinks she can't survive without."

Katniss, hearing this assessment from the person in this world who knows her best, rankles—not at the idea that they think her to be so calculating, but because she doesn't need anyone to survive. Or, perhaps, if she does, it's because she is a product of the Games: survival at any cost. Survival as the only form of currency that truly matters.

"A chill runs through me. Am I really that cold and calculating? Gale didn’t say, ‘Katniss will pick whoever it will break her heart to give up,’ or even ‘whoever she can’t live without.’ Those would have implied I was motivated by a kind of passion. But my best friend predicts I will choose the person who I think I ‘can’t survive without.’ There’s not the least indication that love, or desire, or even compatibility will sway me. I’ll just conduct an unfeeling assessment of what my potential mates can offer me. As if in the end, it will be the question of whether a baker or a hunter will extend my longevity the most. It’s a horrible thing for Gale to say, for Peeta not to refute. Especially when every emotion I have has been taken and exploited by the Capitol or the rebels. At the moment, the choice would be simple. I can survive just fine without either of them."

All three characters embrace this core truth: Throughout the series, Katniss has defied the romantic expectations placed upon her by the Games, by Panem, by her handlers, by President Snow...and most importantly, by us, the readers. Yep: Katniss has spent considerably less time wondering whether she'll pick Peeta or Gale than those around her (or by Peeta and Gale themselves, who exist purely to lust after Miss Everdeen), than the Hunger Games marketing materials, than all of those who ship either pairing. Katniss’ character is virtually unchanged by either choice; her survival is paramount, the frivolity of figuring out which boy she likes is overshadowed by her own laser-sharp focus. In short, having the young female hero ambivalent and uncertain about her romantic prospects ends up being realistic—and ultimately affirming of Katniss’ strong character.

This is Young Adult Fiction, though, and in the end there needs to be something other than nihilism to wrap up the narrative. But Collins has built for us a difficult, selfish, determined, powerful heroine, and having her make some dramatic proclamation about which boy she loves more is simply not within her purview. The trope is that the torn heroine, pursued by two romantic interests, chooses “who is best for her.” But Collins doesn’t let either Peeta or Gale become some unattainably perfect knight-in-shining District 13 garb—both are deeply, horrifically flawed by the end of the series. Gale has not-so-subtly hinted that he may have been responsible for her sister’s death, and Peeta has become broken. The one thing that defines him against Katniss—his inherent goodness and purity—has been replaced with PTSD and fear.

But, in the end, Katniss doesn’t have to choose. She is not a romantic heroine. The end comes to her quietly, and without any sort of grandiose emotional realization. Suzanne Collins does right by Katniss by ensuring that this calculated, brutal, talented young woman doesn’t throw down her bow and arrow and rush into anyone’s arms. That’s not Katniss. That’s not the Katniss of all three novels. (True, the epilogue kind of defangs Katniss’ staunch independence and doesn’t quite harmonize with the rest of her trajectory, but—epilogues are known to suck.)

First and foremost, Katniss is a survivor or trauma, which is powerful, painful, and important. Collins doesn’t let us forget that, because, in the end, the brutality of the Games overshadows the salve of romance. And the authenticity of Katniss is better for it.