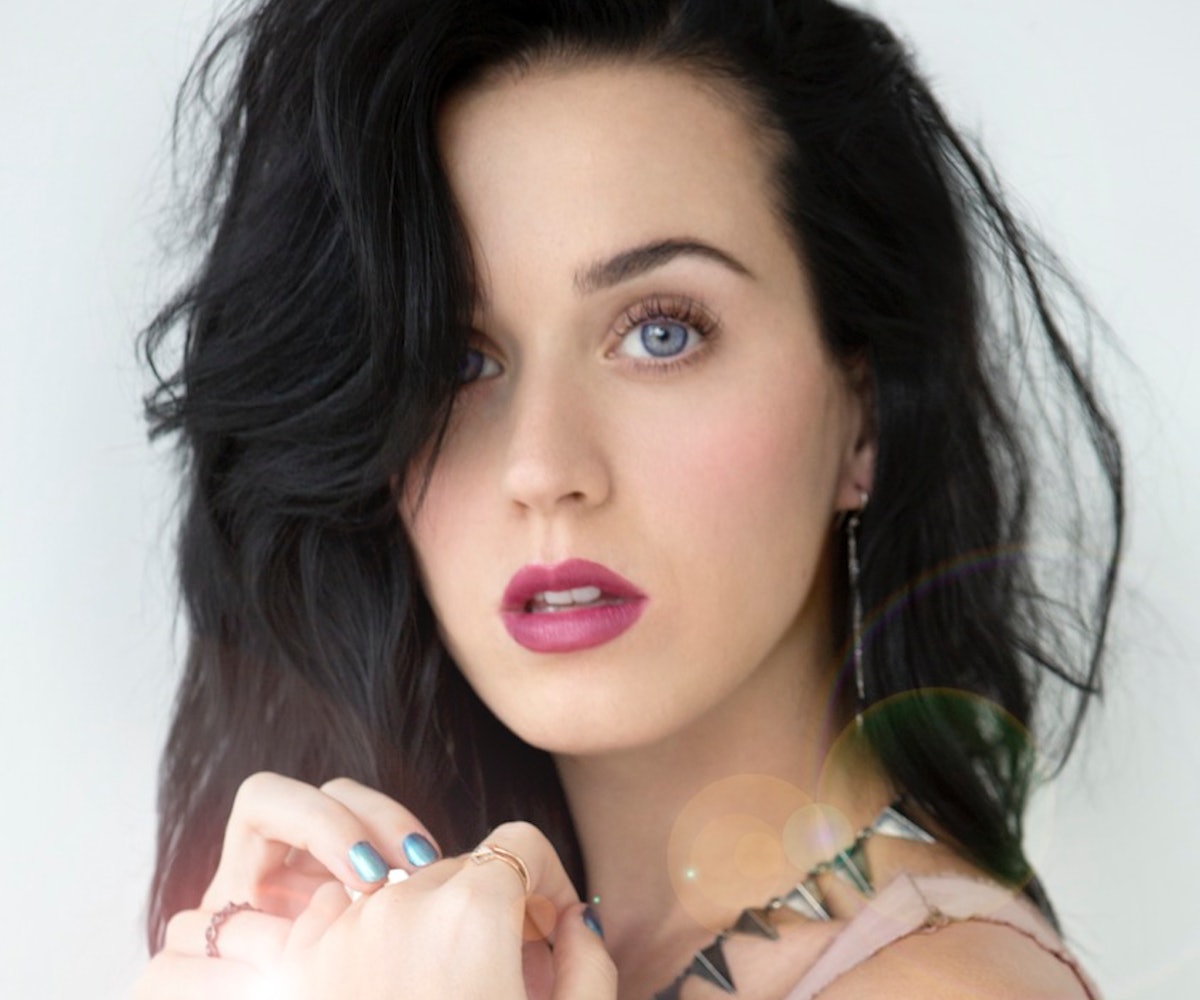 Pop quiz! Name a beauty chameleon who's better at switching up her appearance--and still looking good--than Katy Perry. With the exception of the braces she rocked in "Last Friday Night" (although technically that was Kathy Beth Terry), it's basically impossible, right?

Whether it's bright blue hair or gothy purple lips, Perry is a star who clearly has the makeup thing down pat, so it makes total sense that Covergirl has recruited her for the newest campaign. She's joining the already-rad CG roster, which includes past and present faces like Drew Barrymore, Janelle Monae, and Rihanna. This is huge enough news on its own--but what's most surprising is that the ad is so, well, natural. Talk about easy, breezy, beautiful.

Think super-light foundation, curled lashes, and berry lips that we all want to replicate STAT. Luckily Covergirl's one step ahead of us, providing the breakdown to nab Perry's ad look ourselves (thanks, guys!). All of the products are available in stores, and we'd suggest getting them now. Considering everything Katy Perry touches turns to gold, her first-ever beauty campaign is bound to be no exception.