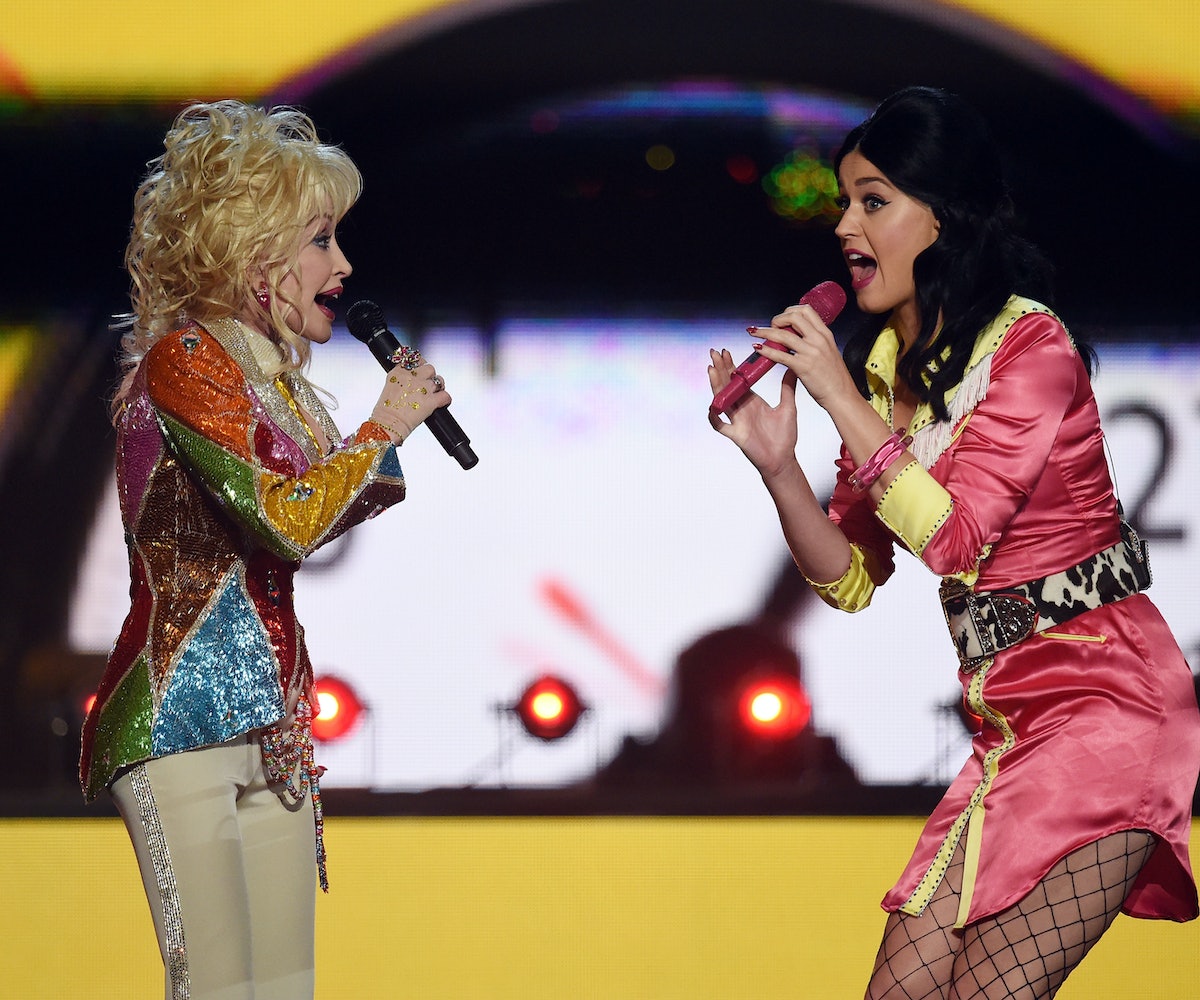 Nothing super noteworthy typically happens at ACM Awards, but with the ceremony back in Las Vegas, at MGM Grand Garden Arena, we did anticipate more excitement. We were not wrong. The highlight of the entire thing was a special performance from Dolly Parton and Katy Perry. Decked out in adorable cowgirl gear—though it should be known that Perry arrived in a metallic turquoise Jeremy Scott ensemble—the singers belted out country classics like "Coat of Many Colors," "Jolene," and "9 to 5." We haven't heard a medley this good in a long time.

Perry had the honor of presenting her "personal hero" with the Tex Ritter Award in celebration of her contribution to the Coat of Many Colors TV movie. "This means the world to me," Parton said as she accepted the award. "And so do you."

If you were one of the many people that forgot to tune in last night, don't worry. Watch the footage below, and erase that FOMO.