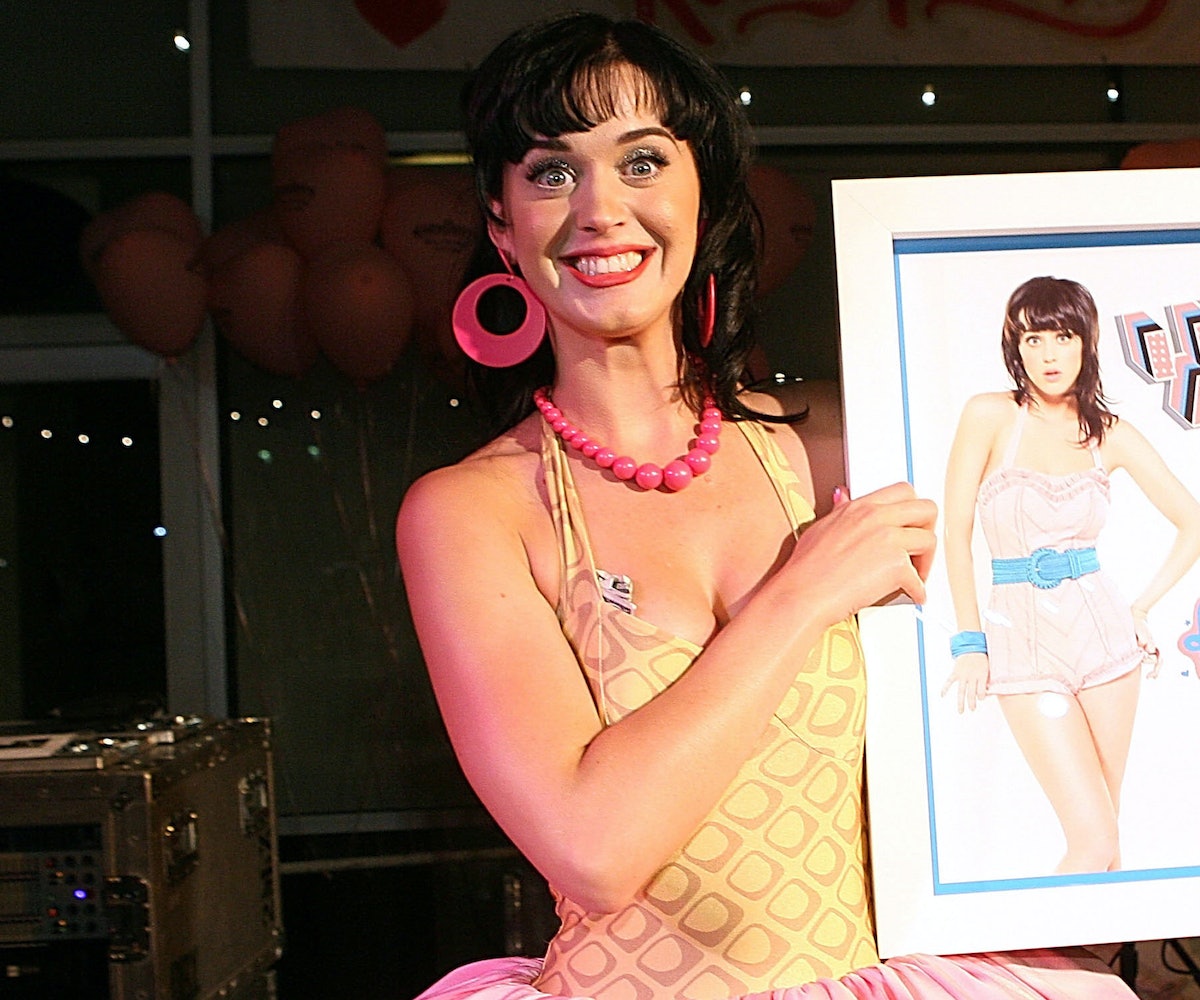 Almost a decade ago, Katy Perry shot straight to the top of the charts with the now-infamous "I Kissed a Girl," a song she has been widely criticized for as the discourse around queerness itself has changed. That said, Perry has stayed pretty quiet about these critiques—until now.

While watching videos of fans covering some of her biggest hits for Glamour, Perry admitted that the lyrics included "a couple of stereotypes" and that, given the chance, she'd "probably make an edit" of the track.

"We've really changed, conversationally, in the past 10 years," she said. Perry, who's since become an extremely vocal LGBTQ+ activist, also added that "we've come a long way. Bisexuality wasn't as talked about back then, or any type of fluidity."

Previous criticisms of the song included that it promoted the "trivialization of queer female sexuality" and was "queerbaiting," especially seeing as how the song shared an album (called One of the Boys, no less) with a diss track mired in casual homophobia called "Ur So Gay." That said, while receiving the Human Rights Campaign Gala's National Equality Award last year, she spoke about how she had evolved from an adolescent who "prayed the gay away at my Jesus camps" to a vocal proponent of LGBTQ+ rights. And Perry reiterated this sentiment to Glamour, saying, "Our mind changes so much in 10 years, and you grow so much. What's true for you can evolve."

Watch the video for yourself, below: