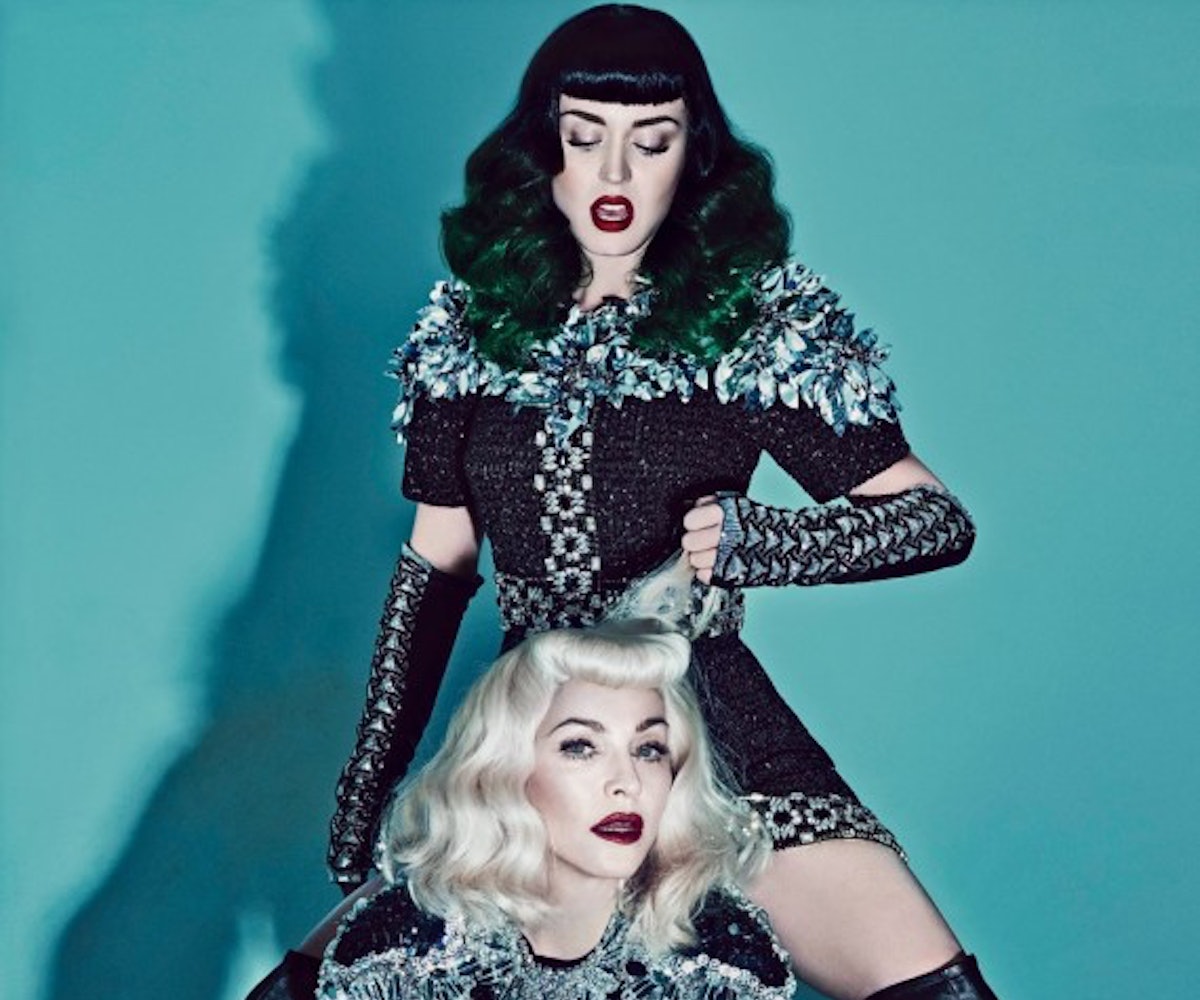 The latest chapter in pop music's brewing battle of the squads went down Tuesday night in Los Angeles, when Madonna brought Katy Perry on stage for the "Unapologetic Bitch" portion of her Rebel Heart tour. Madge and KP performed a kinky number that included some illicit spanking, in what felt like an obvious attempt to mimic the white-hot chemistry we saw last week when Beyoncé and Nicki Minaj killed it in Brooklyn. Instead, it came off as awkward and incongruous, like tipsy co-workers trying to ignite a flaccid dance floor at their holiday office party. That may explain why before leaving the stage, Perry shouted: "I love you, mom!" No one wants to dance with their mom.