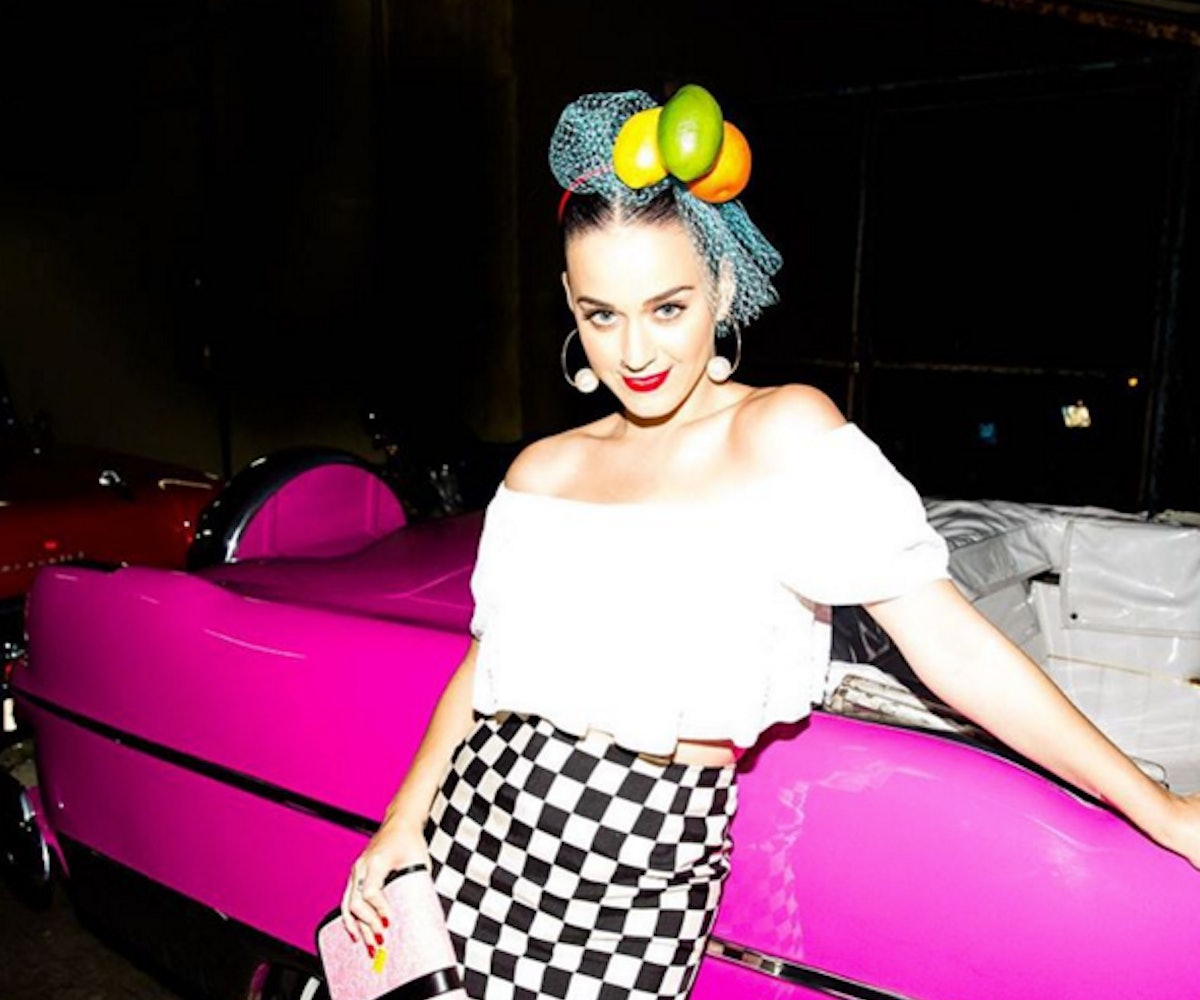 We thought nothing could be better than Katy Perry's Hot Cheeto costume last Halloween. Turns out we were wrong as Perry topped herself in a literal mic drop moment.

After seeing her dressed as a red hot Cheeto last year, we weren't too thrown off to see Perry taking on a look that isn't overtly sexy or obvious. But we have to commend her for her commitment to the concept, not only dressing as a microphone but also filming herself taking the plunge. Check it out below.