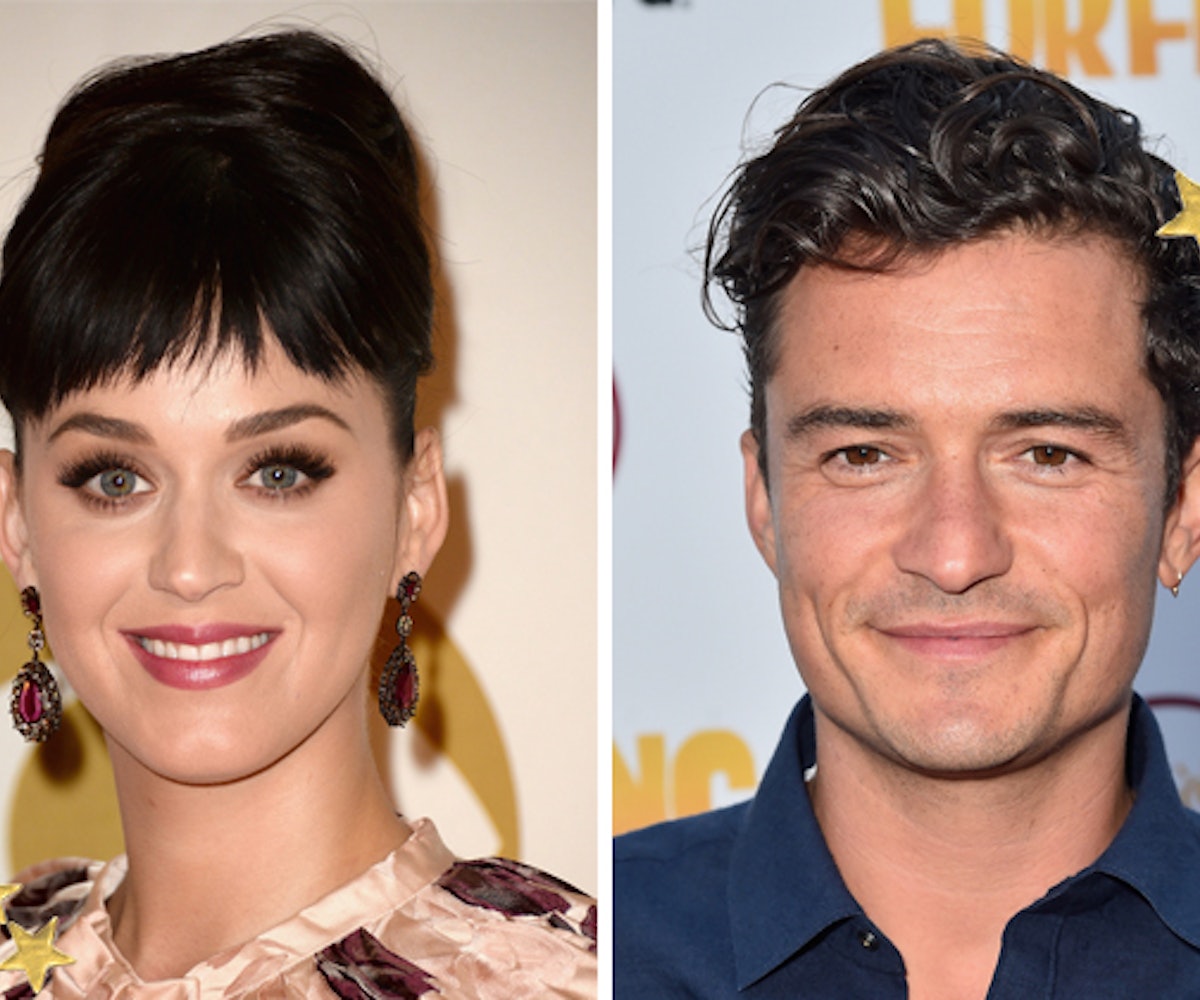 Could the romance rumors be true? Are Katy Perry and Orlando Bloom really dating? Well, move over, doubters, because new pictures courtesy of The Daily Mail have surfaced showcasing the pair looking cozy Wednesday night.

Perry joined Bloom for the birthday party of his manager, Aleen Keshishian, which took place at the luxurious Sunset Tower Hotel. Although other attendees included Jennifer Aniston and Jason Bateman, all eyes were on on the rumored pair.

An onlooker told Page Six, “Orlando and Katy had that new-relationship glow about them. They were cuddling and flirting with each other all night.” Another source commented on Bloom's demeanor, saying that he looked "like an old baby.” Um, we're not exactly sure if that last part is the most flattering compliment, but we get the message. The couple seems genuinely happy, which is really all anyone can ask for, right?

In case you forgot, we got our first glimpse of the the rumored pair at the Weinstein Co. and Netflix Golden Globes afterparty in January and have been waiting for updates ever since.

Although we don't want to get too excited before anything is confirmed, we just can't help ourselves. That's just who we are.