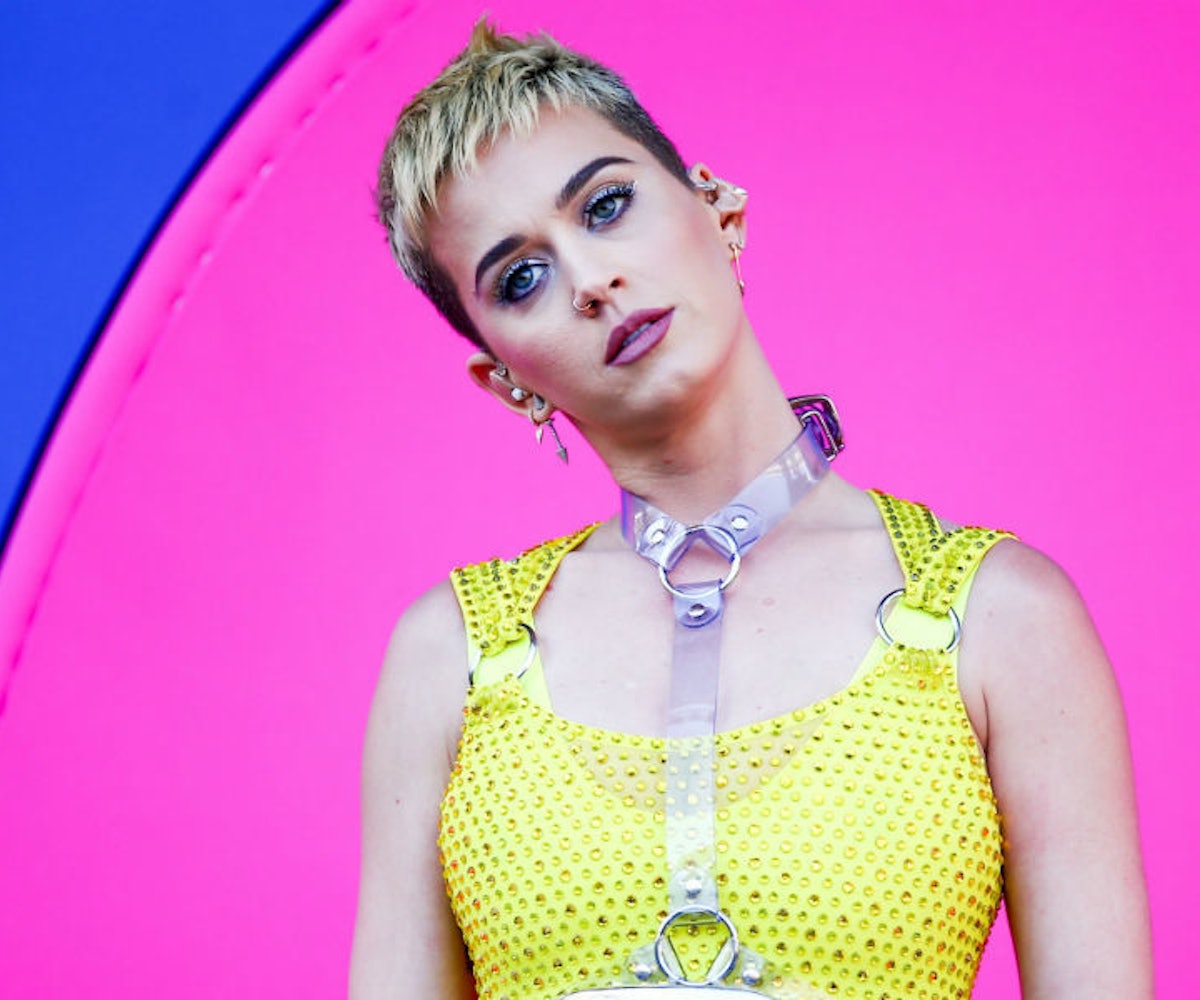 It’s 2018, and Katy Perry still has beef with Taylor Swift. At least, that’s what it looks like.

During an American Idol audition, one contestant was asked who he looks up to as an artist. The exchange went as such:

“Oh, you don’t have to be sorry,” Katy responded. “I love her as a songwriter as well,” capping it off with a shrug and smug smirk.

Was this shade or some clever editing? Maybe a little bit of both. Decide for yourself, below:

If you’ve been able to dodge the Swift-Perry drama for the past couple of years, here’s a refresher: The feud has been going on since 2014 and came to a head when both Witness and Reputation were released last year. There were hints—or, hopes—that the two had squashed their beef when rumors circled that Perry would appear in Swift’s “End Game.” Spoiler: she didn’t and now it looks like the drawn-out drama is going to continue.

This is one endgame with no end in sight.