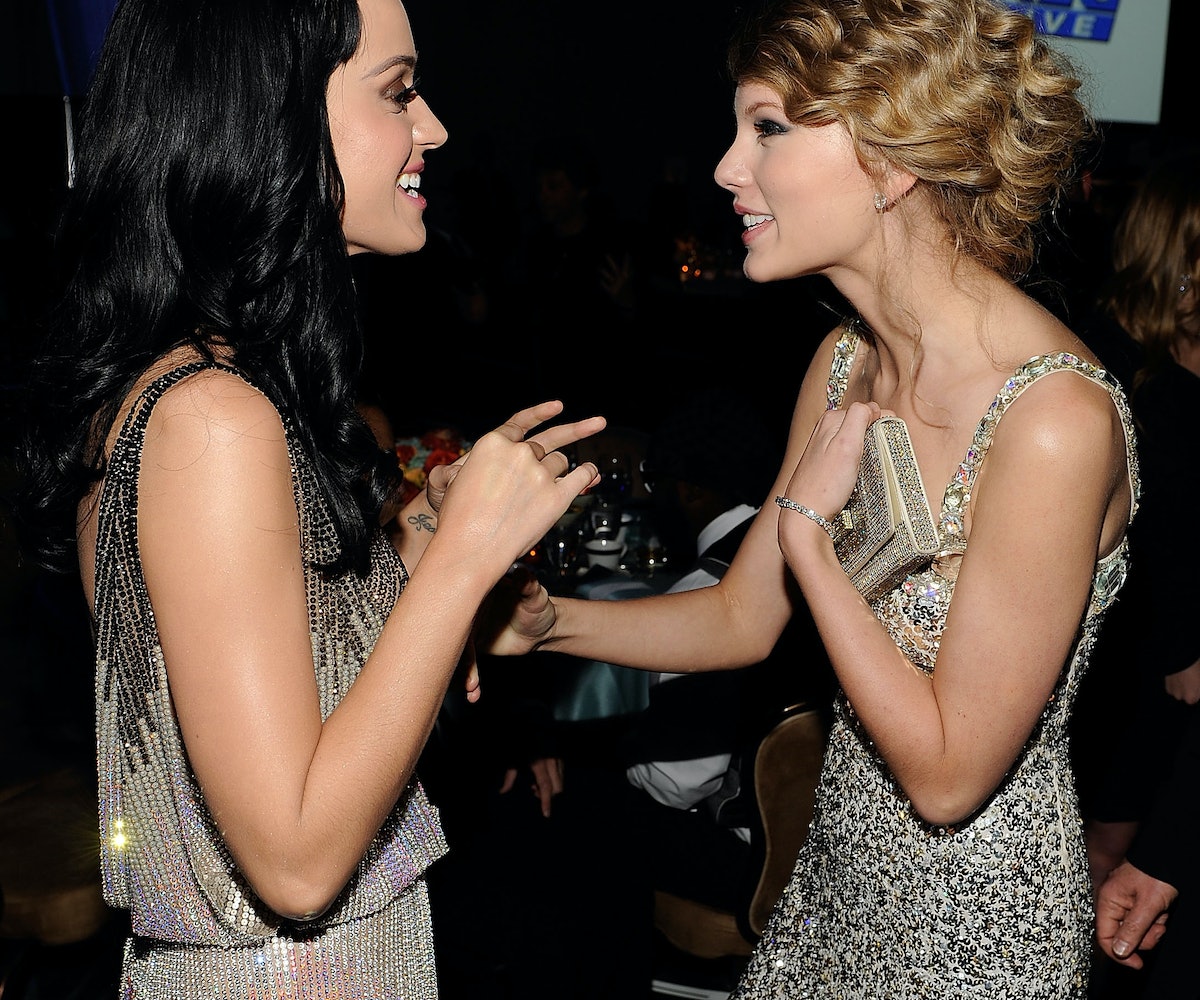 Katy Perry and Taylor Swift aren’t friends. In fact, it’s assumed that they’re pretty much enemies at this point. Neither has actually addressed the other directly by name, but the passive-aggressive subtweets and submentions speak for themselves. It’s all very middle school, except they have their music to use as an outlet, versus, say, their AOL Instant Messenger away message.

There’s been a long-standing rumor that Swift’s “Bad Blood” is about her “drama” with Perry. But, does it truly count as drama if neither has actually dealt with the tension head-on? Well, Entertainment Weekly tried to get Perry to do just that in a recent interview in which she discussed her new album. The exact question posed to the singer was: “Does this album have a reaction to ‘Bad Blood’”? It’s a pretty direct, very to-the-point inquiry that could’ve warranted a simple yes or no response. But Perry decided to use this moment for a very long-winded soliloquy that reads as such:

Well that’s not my question to answer—if it’s about me. I think [my new album is] a very empowered record. There is no one thing that’s calling out any one person. One thing to note is: You can’t mistake kindness for weakness and don’t come for me. Anyone. Anyone. Anyone. Anyone. And that’s not to any one person and don’t quote me that it is, because it’s not. It’s not about that. Honestly, when women come together and they decide to unite, this world is going to be a better place. Period end of story. But, let me say this: Everything has a reaction or a consequence so don’t forget about that, okay, honey. [Laughs] We got to keep it real, honey. This record is not about anyone else! This record is about me being seen and heard so that I can see and hear everyone else! It’s not even about me! It’s about everything that I see out there that I digest. I think there’s a healing in it for me and vulnerability. If people want to connect and be healed and feel vulnerable and feel empowered and strong, God bless and here it is.

So, to summarize, no, it isn’t about “Bad Blood.” It’s not even about Swift, it’s not even about Perry, it’s about the world, the air, the trees, you know, everything she sees out there. We don’t even want to know the roundabout answer she would’ve given to a more direct “So, what’s the deal with your beef with Taylor Swift?” question.