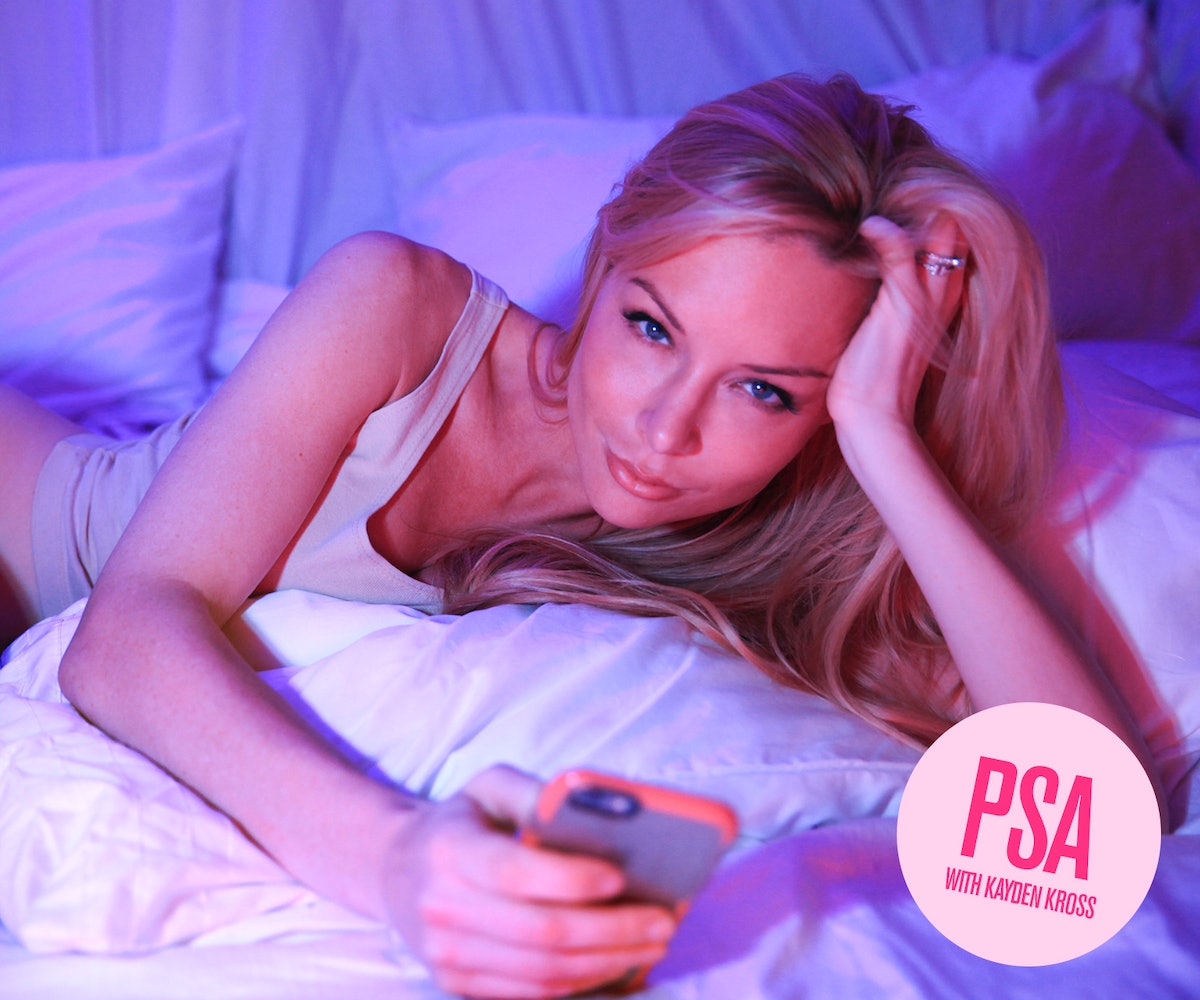 Question: I am in a loving, committed relationship with an amazing girl. We have sex all the time, and we both enjoy it, but she has never had an orgasm in her whole life! She loves to rub herself, but at a certain point she always stops and says that her hand just can't keep going. And she also loves it when I rub her clit, but at a certain point, she starts thrashing violently and yelling at me to stop. I asked my guy friends but they didn't know anything, and I don't want to embarrass her by asking her female roommates.  This is my first serious relationship so this is making me feel a little insecure. Even worse, she tells me that she has kind of just given up on herself! What can I do to help her? Should she see a doctor? Any advice would be greatly appreciated.

Answer: Greetings, Concerned Boyfriend. Let me begin with a blanket apology for answering your questions with more questions while at the same time taking a stab at the answering part. You see, there is a significant portion of the female population that reports never having had an orgasm (some say as high as 10 percent, though I’d argue that there’s a bit of a reporting bias in all surveys sex-related). Of that breakdown of nonorgasmic women, some are simply not being provided with fertile orgasm ground, and others probably should see a doctor. I’m a terrible doctor, as evidenced by my nonexistent medical background, but I have a few things to say about fertile orgasm ground. I am, after all, paid to have them.

The thing you should be focused on is not the orgasm. An orgasm is the final destination of a journey if you will, but the actual work begins with arousal. That’s your footpath. You don’t expect your girlfriend to come in and immediately take you from flaccid to Jizztown without lending some love to building you a boner in between, do you? Of course not. That would be silly. But a lot of men come at a clit assuming that it’s immediately ready to be rubbed hard and fast without any foreshadowing. Have you ever tried to jerk your limp dick off hard and fast? Looks like you’re trying to throttle one of those blow-up tube men at your local car dealership, doesn’t it? Clits and dicks function in much the same way. Even the cells they begin as in the womb are the same. For women, it’s easy to know when to pick up the pace on a penis, because we can see the bright flashing signs of physical arousal in the form of a boner. The clitoris doesn’t send such raging signals. But regardless of whether you can see it, there is a difference between a clitoris that is aroused and engorged with additional blood flow, and one that is in hiding because what’s going on doesn’t interest it. The lesson: Don’t run in hard and fast on a clitoris. And once it is engorged, you still don’t want to do that. Women have twice the nerve endings in that tiny spot as men have in their penises. We feel a fuck lot down there. Too much stimulation too fast can chase the sensitivity away rather than bringing it closer. In my experience, there is absolutely a point of no return with regards to overstimulation. Once I reach it, I know I won’t be having an orgasm in that particular setting. I invariably opt to pack up my goods and go away.

I treat the female orgasm in much the same way survivalists treat starting a fire. There are sometimes a lot of false starts before you see smoke, even for the most woodsy types. There are also sometimes rainstorms that are evidence of the universe being stacked specifically against you. Do not despair. The universe will get bored and go away if you don’t engage with it. Do not let it believe that you are under any sort of time constraints as you try to start your fire. Do not let it know that you are frustrated when you do exactly what you’re supposed to do, and the fire still doesn’t start, and especially, no matter what, do not lead the universe to believe that your success or lack thereof in any way weighs on the state of your manhood, ego, or relationship. If the universe or your partner believes that any of these things hinge on your ability to rustle up a female orgasm, then you may very well be scaring it further away rather than bringing it closer.

Okay! Now that we’ve covered the part about checking your ego at the door, let’s talk about blood flow. Orgasms and blood flow go hand in hand. If you don’t believe me, ask your raging boner next time it comes around. Women parts also engorge with blood when aroused, though there is a little more mystery there, as evidenced by Pfizer’s complete lack of female Viagra options. What you want to maximize in that region, beyond that magical combination of comfort and stimulation, is blood flow. Have her lie on her back and then have her flex her muscles like her life depends on it. I mean really flex those fuckers. This is a tummy, thigh, and ass workout too. Think heavy breathing and elevated heart rate. Bonus points for a fine misting of girl sweat. I call it masturbatory planking. This is a tried and true method that I practice in my personal life, as well as on-screen. In fact, the easiest way to tell if I’ve faked an orgasm or not in any of my scenes is to simply look at my legs. If they are in a position where I was able to flex them stick-straight, the orgasm was real. If they are bent in any way at all, you’ve merely witnessed some very fine adult acting. Blood flow is why. So make her hold this masturbatory planking for as long as she can physically hold it while she uses her own hands (or a vibrator—I personally don’t like vibrators but they definitely solve the problem of a tired hand) to try to feel out that orgasm. If she catches the wave, her body will very likely continue that flex for her. I love this part because it’s like I went to the gym, only I didn’t hate every minute of it. She may not catch the wave the first time, or the fourth, or the tenth, but she’ll know when she’s on to something because the work involved in getting there will stop being a conscious effort and start feeling like an intuitive pull.

I do wonder whether the issue is not so much an issue at all as much as it is a very new world for one or both of you, though. You mentioned it was your first serious relationship. Is it hers as well? Is sex new to you both? I was having sex regularly and enjoying the hell out of it for a full six months before I was able to actually orgasm from it. It just took that long and that much experimentation before I could find the right combination that would spring the lock. Regardless of how much or how little experience each of you has, DO NOT ask her roommates about it. This issue is hers and hers alone to decide who to bring it to and who not to. If she wants advice from her roommates, she will ask. The last thing you want is for outside people to get involved and only add pressure or negativity to an experience that is privately hers. Don’t ever forget that the experience of sex as a man is wholly different from one as a woman. Men are socialized to believe in their right to have and enjoy sex. Women are socialized to believe that they should be discriminating and private in that matter. She is fighting an uphill battle on the road to sexual enjoyment that you very likely know nothing about. Do not make decisions for her. That is not within your rights or your wheelhouse.

While I would bet, based on the small amount of information you’ve given me, that this is something that will work itself out in time, there is no reason to avoid asking a doctor to look at possible underlying medical problems. Low hormonal balances can wipe a good orgasm off the face of the earth, as well as a number of other things. But in the meantime, take your time with her, continue to experiment to find things that you both enjoy in bed, and remember that maximum sexual enjoyment—for both of you—is often just a matter of time and practice.