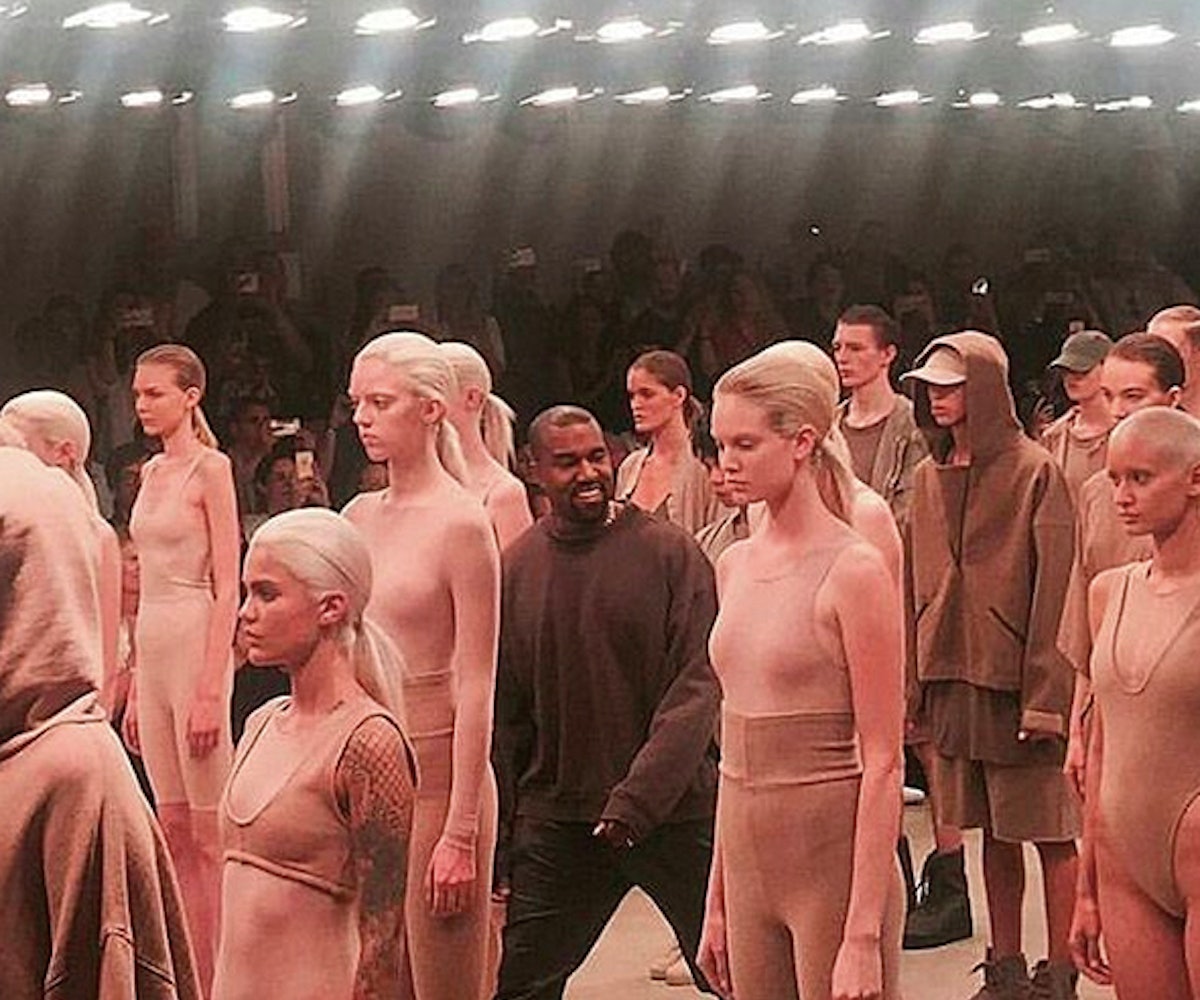 As you might have heard, Kanye West angered and frustrated a lot of people when he called a late audible and decided to present his Yeezy season two collection at New York Fashion Week. Well, as much as the sting from that choice will still linger in the NYFW community for some time, at least the hastily organized show offered up a brand-new Kanye song—reportedly called  "Fade"—from his upcoming album, SWISH, featuring Ty Dolla $ign and Post Malone.

Plug in your earbuds and click on the embed above. It’s about to get weird in here. Also, if you’re digging this whole idea of dropping new music on the runway, you might want to check out this.