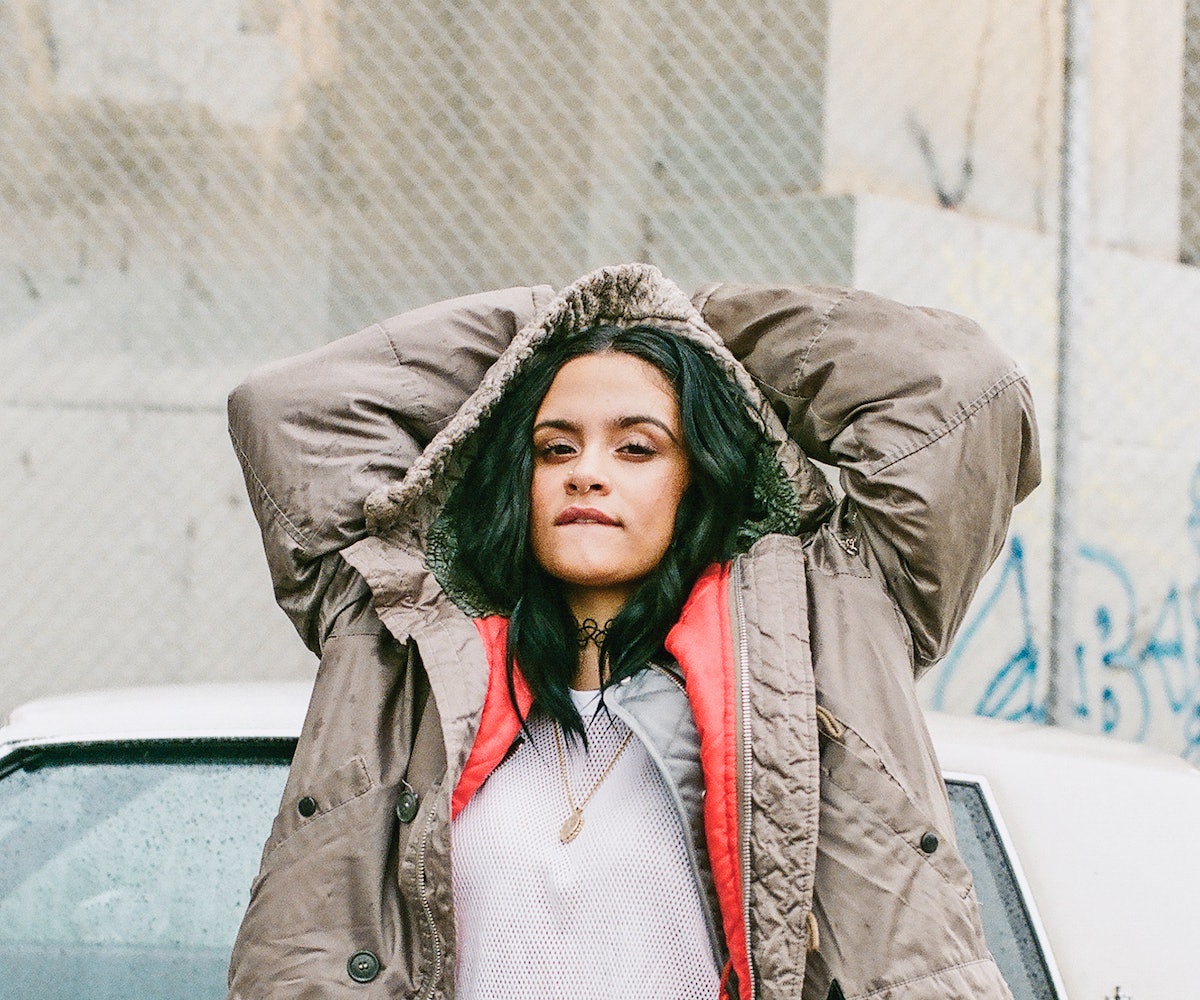 Spend the afternoon with Kehlani and little will be left unsaid. She’ll quip on Justin Bieber’s impressive last album: “He does that shit!” She’ll laugh about growing pains: “I’m just now learning how to be a woman, how to match my bra and my panties.” And she’ll deliver clinching one-liners about her sexuality: “I’ve dated a man, a woman, and a hermaphrodite.”

Her candor is especially apparent within her lyrics, crafted by the heavily tattooed, Bay Area-bred beauty herself. “I’m a very parallel-to-my-life writer,” says the 20-year-old, tucking in her legs as she sits in a studio in Los Angeles, clad in ripped jeans and a black T-shirt. On mixtapes Cloud 19 and You Should Be Here, released independently in 2014 and 2015, respectively, Kehlani sings, unfeigned and frank in her husky coo, about love, self-esteem, and family over modest yet danceable beats reminiscent of ‘90s and early ‘00s R&B.