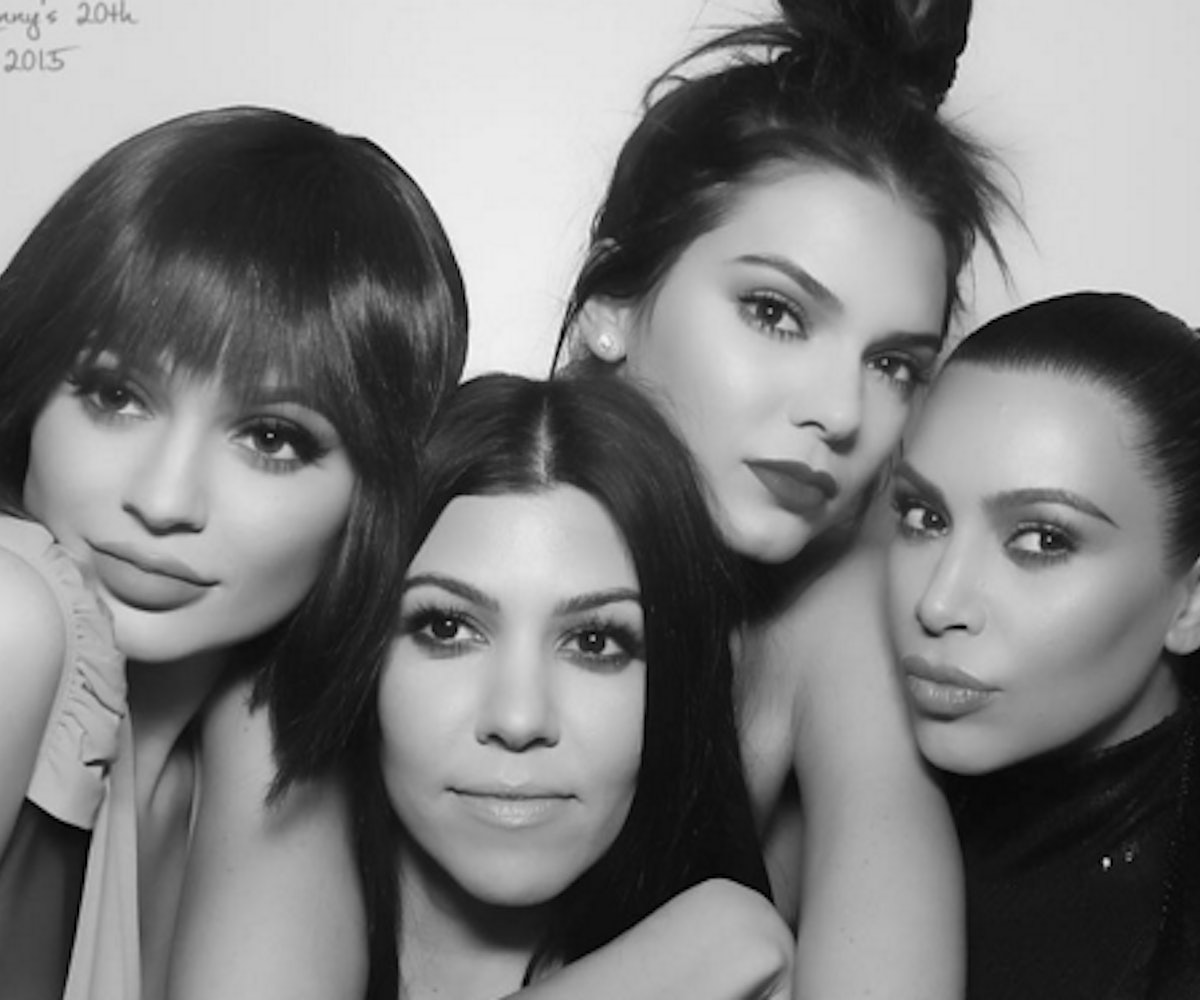 Kendall Jenner has a lot to celebrate these days. Not only was she just named Victoria Secret's newest angel, but the reality-star-turned-super-model also just waved goodbye to her teens. So it's no wonder she went all out for her 20th birthday bash, which went down at West Hollywood hotspot Mr. Nice Guy.

As you might expect, Young Hollywood's A-list braved the hordes of paparazzi to help fete one of their own. Famous guests included Kendall's squad — that's Gigi Hadid, Hailey Baldwin, and all four of her sisters for the uninitiated — rap luminaries Kanye West, Drake, Tyler The Creator (and whatever Tyga is), dueling pop princes Justin Bieber and Nick Jonas, and Ruby Rose, who deserves a category of her own.

The only official record we have of what went on inside the party are the now ubiquitous black and white photo booth shoots that have become a staple at every Kardashian/Jenner-hosted event. Commence living vicariously through them below.