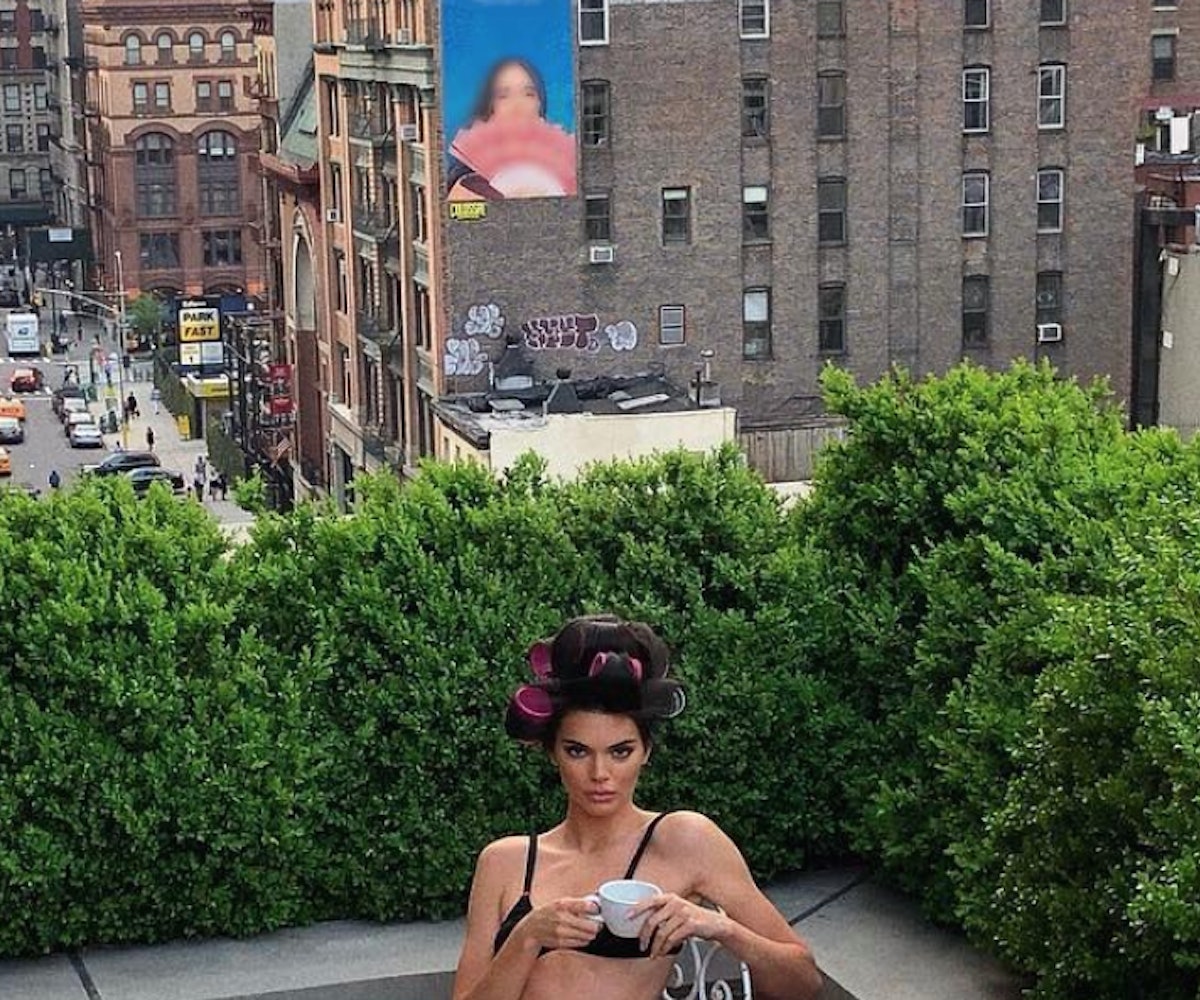 Photo via Instagram/@kendalljenner
by Sandra Song
May 7, 2018

Turns out things are all good between supermodel Kendall Jenner and country star Kacey Musgraves after a slight misunderstanding that led fans to believe the two weren't happy with each other.

Last Thursday, Jenner shared a photo of herself drinking tea in lingerie on a rooftop. However, many speculated that Jenner purposefully blurred out Musgraves's face on a billboard in the background in an act of attempted shade. Things weren't helped after Musgraves reposted the photo on her Instagram stories and, in a subsequent post, blurred out Jenner's face.

Jenner quickly responded to the rumors. "yoooo, I was working all day and didn't edit this photo!" she wrote above a fan retweet. "Kacey is literally my fuckin fav! Space cowboy, I Miss You, Keep it to yourself, FOLLOW YOUR ARROW!! bangers!! ask anyone of my homies i die for her!"

And it seems that Musgraves didn't really mind the initial "shade" too much. On her own Twitter, she responded to Jenner's refutation, writing, "Aww..thanks @KendallJenner. It’s allll good!"