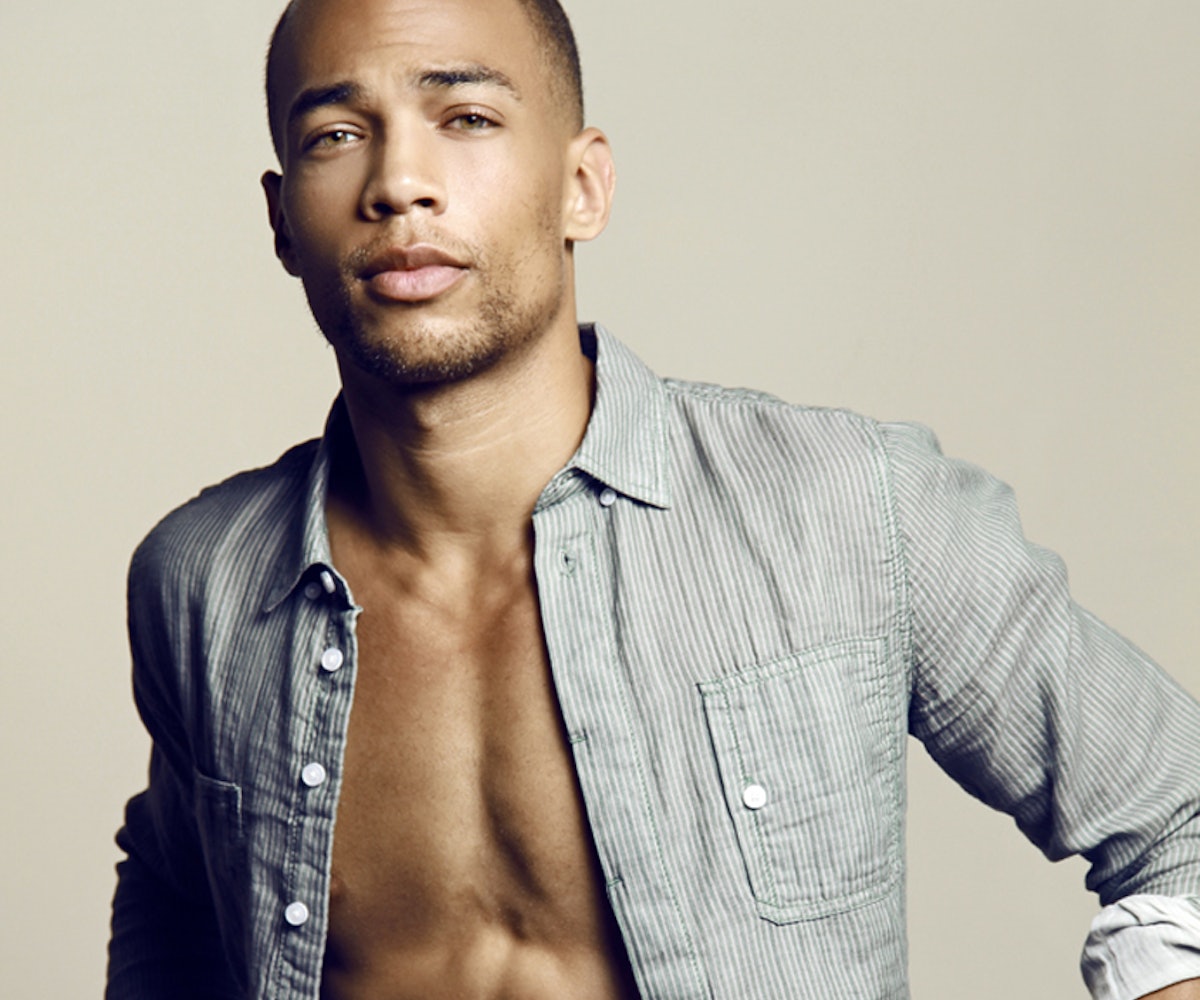 Can you think of a better way to wind down on Halloween night than to watch a brand new episode of The Vampire Diaries and binge eat Snickers bars? Yeah, neither can we.

Well, before you park yourself on the couch and get ready for the latest Elena-Stefan-Damon drama, read our interview with the newest The Vampire Diaries cast member and--spoiler alert!--newest vampire, Kendrick Sampson.

We asked the actor for his take on the newest news of the week, from a very flashy engagement to what he's going to be for Halloween, so read on to get in the mood for tonight's episode of The Vampire Diaries at 8PM on The CW.

THE NEWS: Kim Kardashian and Kanye West get engaged

KENDRICK'S TAKE: "I've always been a huge fan of Kanye. Would you expect anything less than an extravagant proposal? I mean, they have a very expensive lifestyle--North is going to have some expensive taste!"

THE NEWS: Katy Perry's Prism is the number one album in the US

KENDRICK'S TAKE: "I have not listened to the whole album yet, but I do have--and I'm not ashamed to say it--all of the singles. The one with Juicy-J, "Dark Horse," I tried my best not to like it, but I can't! The genius of her producers plus her talent is unreal."

KENDRICK'S TAKE: "I have had a really terrible makeover experience gone wrong. For a job, I was wearing a tank top that came a little low and I was told to pluck my chest hair. I went and shaved it, but they wanted to pluck them! I haven't had any blonde hair dying moments, however, and I haven't seen the picture of Johnny Depp yet.I will be looking it up though! I might even Google it while we're on the phone!"

THE NEWS: Man spends $100,000 on plastic surgery to look like Justin Bieber

KENDRICK'S TAKE: "I am an Apple addict. I have every Apple product, and I buy them so that I can complain about it, you know. I just got the iPhone 5S a few weeks ago. I'm not that tech savvy, but I have to have the new thing."

THE NEWS: New The Wolf of Wall Street trailer is released

KENDRICK'S TAKE: "Hell yeah! Leo, for me, doesn't disappoint. Every time I see Leonardo DiCaprio in a movie I'm like, 'Dude, you're awesome. I want to be just like you when I grow up.'"

THE NEWS: The Best Halloween costumes for lazy people

KENDRICK'S TAKE: "I'm so last-minute. I was looking through my closet like, 'I have some scrubs, I could be a doctor.' Maybe I'll put fake blood all over my doctor costume--I don't know. I need to be creative."

NEXT UP
Culture
Angelus Turns 25: The Devastating Twist That Changed Buffy The Vampire Slayer & TV Forever
Culture
The Madonna Biopic Is Being Scrapped
Culture
Kaia Gerber Won’t Stop Until She’s Cast As Patti Smith In A Biopic
Culture
The 2023 Oscar Nominations Full List Is Here
Style + Culture, delivered straight to your inbox.