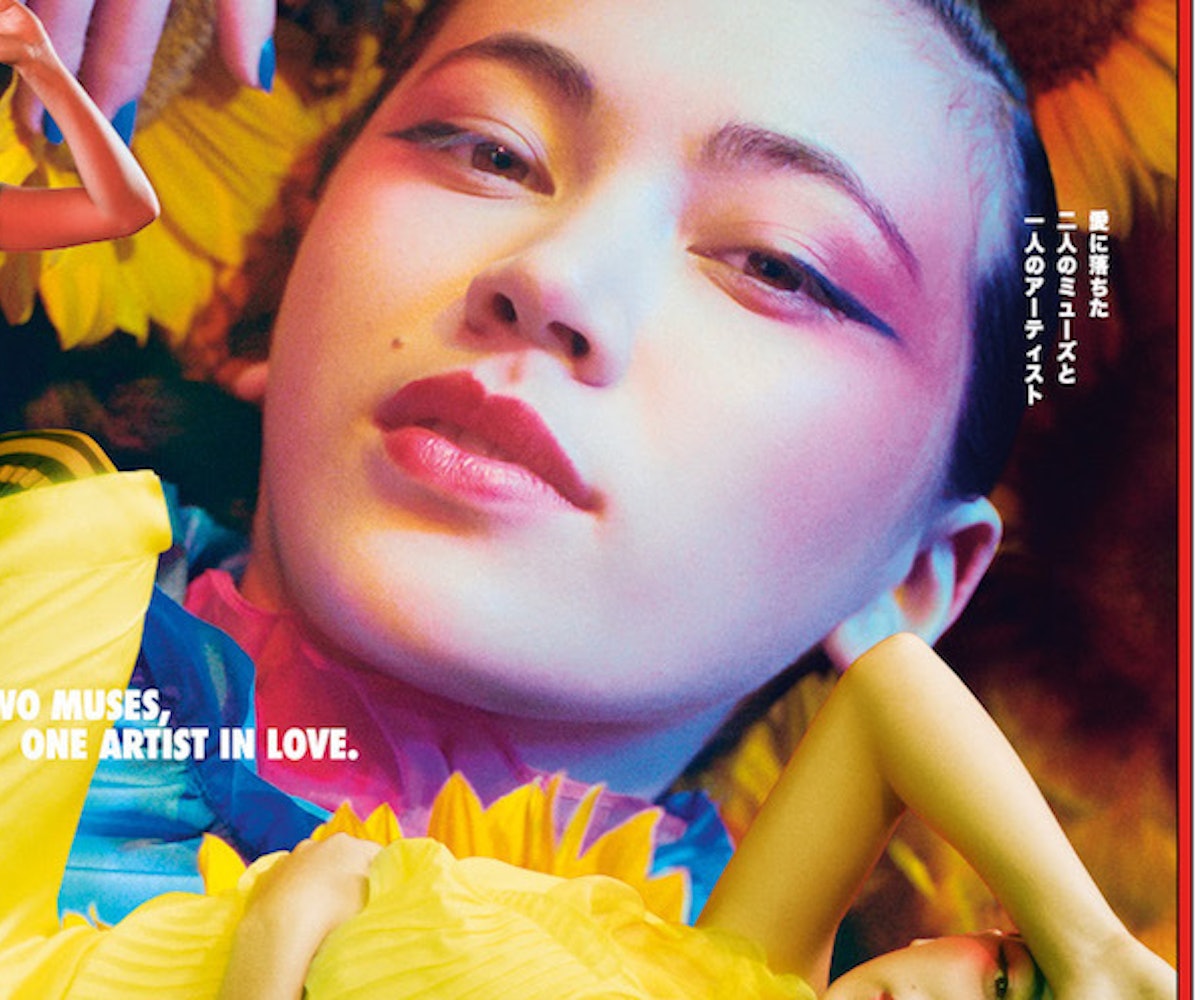 Kenzo’s new campaign for Spring 2018 is here, and it's quite the sartorial-heavy music video. The Ana Lily Amirpour-directed film follows a photographer, played by Alex Zhang Hungtai (formerly Dirty Beaches), as he shoots his two muses, actress Jessica Henwick and model Kiko Mizuhara.

What follows? Tarantulas, a karaoke bar, and Karen O’s sultry vocals. The colorful designs from the collection—inspired by two of Kenzo’s historic muses, model Sayoko Yamaguchi and musician-writer-activist Ryuichi Sakamoto—are, of course, showcased throughout.

The new track by Karen O, featuring vocals by Michael Kiwanuka, is titled “Yo! My Saint!” which is also the campaign name. It marks the first time the fashion house has had an artist create an original song specifically for a campaign.

Check out the dreamy film, below, and click through the gallery, further down, to check out the bold Mayan Toledano-lensed campaign photos.