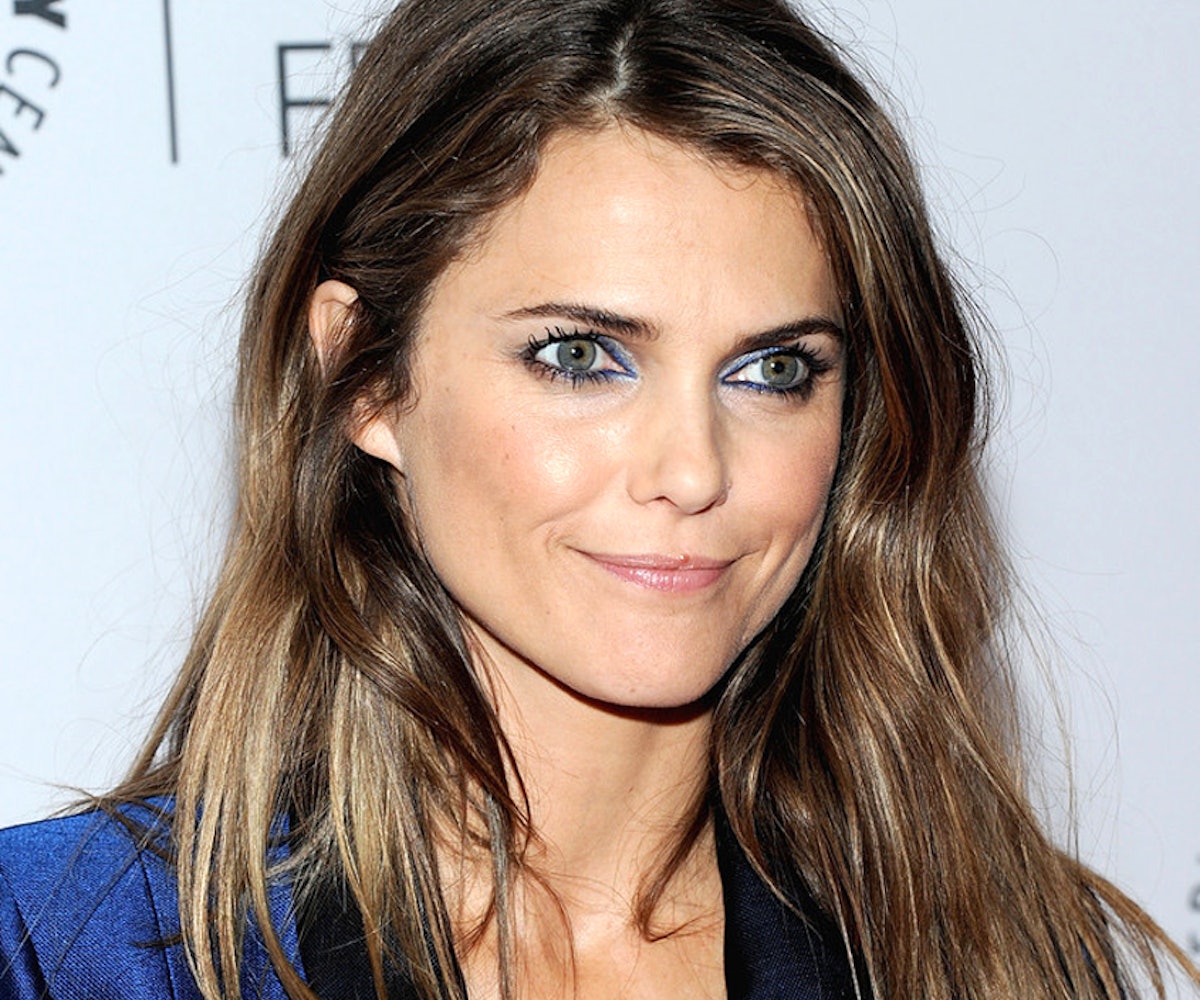 When we were first introduced to Keri Russell, it was her hair--big, beautiful, and curly--that caught our attention. But a lot has changed since Felicity followed Ben to New York University, including the actress' beauty look. Take her makeup for an appearance at PaleyFest on Friday; it was all about her blue-lined eyes, rather than her tresses.

For Tina Turnbow, who did Russell's makeup for the event, "The brilliant blue Balenciaga jacket and the McQueen leather pants were awesome inspiration for me." Rather than go over-the-top--this is, after all, a super indigo lined lid--the makeup artist found a way to capture the jacket's sheen and "repeat on her eyes in a subtle way." The end result? According to Turnbow, "Her whole look turned out to be one of our favorites!"

Here, Turnbow breaks down how she did it. We might not all end up with Ben, but we can get Keri's blue lined eyes.

"We wanted an undone, sexy-but-tough look, so I smudged an Aveda black pencil first along the lashline and extended at the corners a bit."

"I took the blue pencil and focused it on the inner corners of the eyes, so [that it wasn't] too over-the-top."

"I dabbed a touch of silver shadow on top of that, then tons of mascara on the top and bottom lashes."

"I wanted the lips bare with just a touch of sheer pink gloss, and then I lightly dusted Nars blush on the tops of her cheekbones."