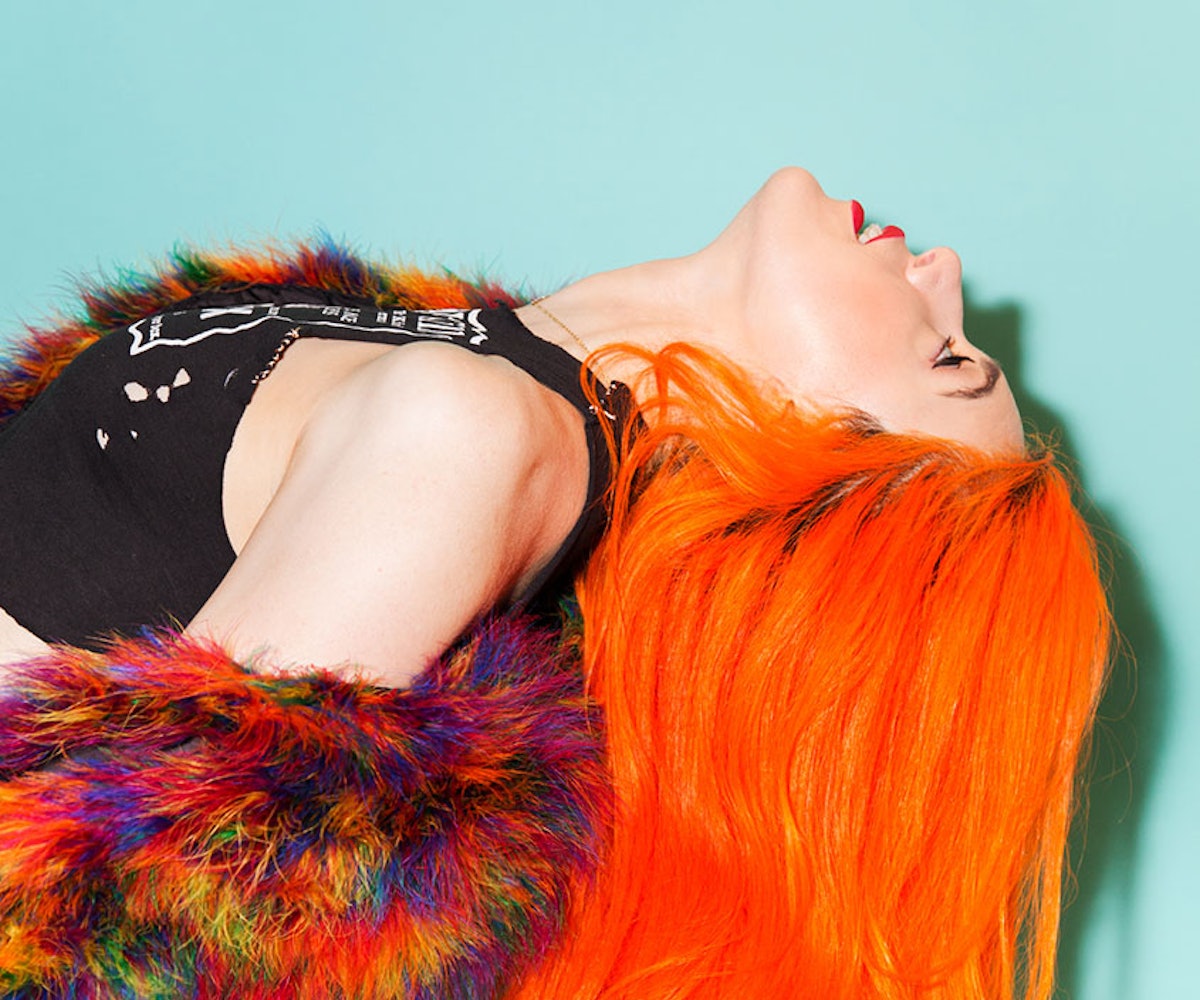 It was August, 2005, and a week before I started my first adult job, I was in the ER. Unknown hemorrhaging had dropped the amount of blood in my body dangerously low. I was so messed up that the blood wasn't fully circulating, which meant there wasn’t much more than blinding white light in my field of vision. The doctor also found a heart murmur, and I was very close to getting an emergency infusion. I was in excruciating pain. That was day one.

I was sick for roughly 3,100 days—a little over eight years. During those eight years, I had four colonoscopies, two emergency room visits, and seven drug therapies that didn’t work. One day I was a regular 16-year-old, the next day my body was gushing blood. Months of doctors, tests, and misdiagnoses followed until we found out I had ulcerative colitis, an inflammatory bowel autoimmune disease that just, well, happens. If you want to know what my insides felt like 24/7, imagine you have a really bad road rash, and then rub some salt in it. (I don’t need to further explain “violently bloody stools.”) Because it’s a disease affecting the colon, the last part of your digestive system, my body hurt every time I ate or drank, and usually when I wouldn’t or couldn’t.

"I never told you this, but I was worried you might die," my mom told me.

Thankfully, after eight different drug therapies in as many years, my colitis went in remission. But three years later, a checkup would find dysplastic (pre-cancerous) cells in my colon. Over the next seven months, I’d spend another 21 days in the hospital, six weeks recovering at home, and three months evacuating my bowels through a colostomy bag on my stomach. It sounds unbearable, but I’m very, very lucky: This intense surgery that removed my large intestine and reconstructed my small one was a success. Today, I’m disease free, medication free, and the healthiest I’ve ever been. As crazy as it sounds, spending over a decade dealing with disease has taught me a lot about living.

I’m not going to lie, this week's column was hard to write. It’s rough looking back on what I went through and coming up with anything more than an angry spew of “AAAAAH SO HORRIBLE!” While I was writing it, I came across a New York Times review for When Breath Becomes Air by Dr. Paul Kalanithi, a book written after his terminal cancer diagnosis and published posthumously. He was 37. A phrase in the aforementioned review—"One of the most poignant things about Dr. Kalanithi’s story is that he had postponed learning how to live while pursuing his career in neurosurgery"—struck a chord. I know what it’s like to have a life postponed. And I thank my lucky stars that I have been able to get a good shot at a great life afterwards.

Waking up every day with a healthy body is pretty special. (Trust me, you don’t realize how amazing life is until you lose and then regain the ability to poop out of your butt.) I hated waking up and having to face another day while sick. During those times, I made extra effort not to outwardly show what I was going through. Schoolmates, teachers, coworkers, and bosses never knew how hard my days were, and people treated me like a normal, healthy person, even though I was I constant pain. Not receiving any sympathy for my condition made me surprisingly more sympathetic to others; I realized I never knew what was going on in the lives of those around me. So I stopped getting worked up over nonsense. If a friend gets a little bitchy, I let them have a moment. If someone bumps me on the subway, I assume it was an unintentional accident. Metaphorically speaking, I have less road rage. When you have to schedule a third doctor visit in as many days, you stop sweating the small stuff.

The last drug therapy I ever tried could have killed me. It was FDA-approved, but super-risky; the therapy was generally successful, but when it failed, it failed. At that point, I was so fed up with my life that I was willing to die for a chance to better it, and it was a risk worth taking when it put me into remission. Years later, when dysplastic cells were found on my colon, surgery was my best option, but it was by far the riskiest. The reward, however, was a new, disease free lease on life. I don’t remember when this pattern clicked for me, but the only way my life got better was when I took risks. While they may not all be a matter of life or death—sometimes it was approaching an important business contact at a party, speaking up to a boss, expressing my feelings to a loved one, or standing up for myself—the small risks I’ve taken have all wound up with pretty great results.

Life is short, sure. But life is also long. It’s easy to dwell on ideas about what we should be doing and how we should be living. I fell into music marketing when I was in college, and stayed because it was an easy thing for me to do when I wasn’t feeling well. When I was sick, I didn’t have the ability to take time and figure out what I really wanted to do. Medication is expensive and I needed health insurance. But after going into remission, I lost my mind. I was at another humdrum job, with my whole life ahead of me and I had a nervous breakdown and spent every day there trying not to cry. When I got fired after three months, my boss gave me incredible advice: “Take a year off, find an hourly job at a store or a restaurant, and figure out what you really want to do.” I took his advice and spent a year being broke while working part-time at a boutique and thinking about what I wanted my life to look like. Had I panicked and gone right back into the job market, I would have never wound up taking the leap to start my own business and making a living as an artist.

If you’re not at a place where you can take a leap forward yet, I totally feel you. It took eight awful years before I could restart my life the way I always wanted to. But you can start small. When I was sick, nothing was more of a bummer than going to the hospital, so I made sure that when I went I looked great, and I always wore a full face of makeup and a sparkly tiara to my colonoscopies and infusions. I got my hair done the day before my surgery: Walking around the hospital while tethered to an IV was much more glamorous with a fresh dye job and a glistening crown. This extended beyond the hospital. In college, I’d wear a tiara when working on tough assignments. Order yourself a plastic gold crown with big old gems and wear it any time you’re feeling down. Even if gems aren’t your thing, the attitude behind it works for everyone: It’s a concrete reminder to treat yourself with dignity and respect at all times, even when things aren’t going your way.

I asked my mom why she didn’t stop me from starting my new job if she really thought I was going to die. “If I stopped you from doing something every time I thought I had to,” she said, “you would never have done anything. So why would mortality be a factor?” This life is yours to live and it won’t always be easy, but it’s yours for the choosing.