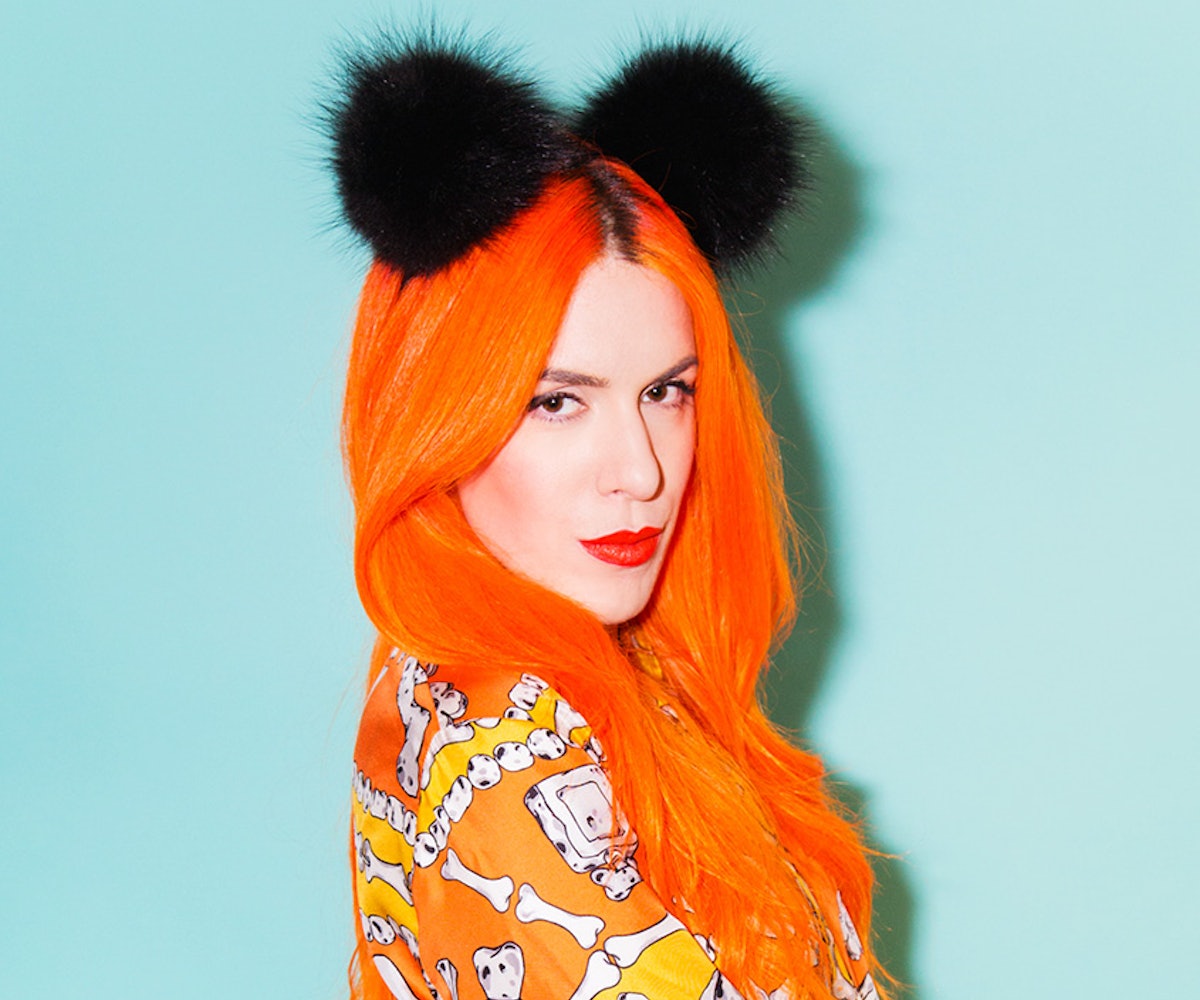 Let me set the stage: I was wearing braces (for the second time) at age 24 and dating a functional alcoholic. Suffice it to say, my self esteem wasn’t exactly where it should have been. So, when a nice guy outside of a gym on 16th Street started a conversation, it was refreshing. Sure, it was his sales pitch, but I had been working at a Chelsea gym since I was 18 and lifting weights since I was even younger; this, I thought, would be fun.

No red flags went up as this handsome trainer started talking to me about my posture, or asked what kind of exercises I did. He couldn’t see what kind of shape my body was in under my tent dress, but he made damn sure I saw the shape of his boner when he pulled his sweatpants tight against his crotch. It wasn’t even 9 a.m., but before I even realized what was happening, he reached under my dress, put his hand down the back of my pants, and grabbed my ass. He may have made a sound—I’m not sure. All I could think of was pulling away and getting to my office down the block before this vile human could see what building I worked in. Shell-shocked, I told him I had to go. Then, he asked me on a date. I think I laughed, and I know I said “Um…No?” Then he grabbed both my breasts, exhaled, “They’re real,” turned around and disappeared.

It took me hours to realize I had been sexually assaulted. In fact, my first thought was, “Huh…that was funny.” I relayed the story over AIM to my best friend and my boyfriend at the time, and said I was perfectly fine when they asked if I was okay. It wasn’t until lunch that everything finally sunk in, and I told my boss I had to go to the police. Even then, I downplayed it. All a stranger did was put his hand down the back of my pants; it wasn’t really a big deal. The male police officer was very nice and he asked if I wanted to ride around looking for the trainer, but I declined because I didn’t want to get in trouble being away from my desk for so long. The aforementioned boyfriend didn’t think the issue merited much attention, either; after I asked him to come by and help calm me down, he ditched me for other plans. I broke up with him the next day.

It’s been eight and a half years since that morning, and I’ve never associated myself with other victims. I just feel “lucky” that my assault paled in comparison to what could have been. Don’t get me wrong, I was sexually assaulted. But my encounter felt like just another day living as a woman. One in three women will be assaulted while in college, and one in six will be assaulted throughout their adult lives.

A few years later, a middle-aged stranger approached me on the subway. I was in my full garters-and-leather cubicle rebel phase, and told me, “You really shouldn’t be dressing like that in public. It’s not safe.” I told her she was rude, and that I’d be fine. I carried a knife around for a few years and felt “lucky” that I only had to pull it once (from a distance) on a guy who followed me for two blocks at 4 a.m. one random night because I wouldn’t thank him for complimenting my outfit.

There’s a brilliantly funny joke by comedian Ever Mainard that begins with her walking past a sketchy alley at night and segues into how life is really just one big game show of Here’s Your Rape! Unfortunately, if you talk to almost any woman, and she can tell you about a recent unsavory incident she’s had with a stranger. Men find it hilarious to ask me if the “carpet matches the drapes.” I’ve been catcalled by privileged frat boys in cabs. Last year, I got punched in the face at a club for telling some unrepentant dirtbag to quit following my friend and grinding on her after she told him to stop. His punch was pretty whack, and I also feel “lucky” about that.

So here’s the question: How do we fix this?

Instead of policing the dress codes of prepubescent girls, schools need to teach boys that women’s bodies are not to be objectified, and that there are consequences to misogynistic actions. There’s no reason that a student body president should get sent home for wearing a skirt, and no reason a 12-year-old girl should be suspended because her jeans are too tight.

We have to teach people that if another person says no, that they mean no. We have to teach men and women alike to take assaults seriously, and not assume someone is lying or exaggerating until proven otherwise. College campuses must handle rape accusations in the best interests of the victim, and not waiver to improve their university’s statistics. And hopefully, we can get to the point where women can wear whatever they want and walk home feeling safe; a fashion choice is never an invitation or excuse for verbal and physical harassment.

As a society, we’ve definitely made recent strides. When my incident occurred a decade ago, there was no public discourse about sexual assault like there is today. In fact, most things that fall under the modern feminist umbrella (wage discrimination, media representation, reproductive rights) felt like fringe discussions while I was growing up. Now, women are standing up for themselves more than any other point in my lifetime. It’s heartening to see actresses in the porn community band together and support each other’s claims against James Deen. And it’s been unprecedented to watch all the courageous women come out and reveal their assaults by once-untouchable men like Bill Cosby.

Despite "the Internet" having thoughts on the world of first-person essays, we’ve seen recently how vital discourse is, especially in cases of sexual assault. Hannibal Buress’ onstage aside led to more than 50 women speaking out against Cosby. This past August, a single woman filed a complaint about former police officer Daniel Holtzclaw; a few days ago, the ex-cop was convicted on 18 counts of rape and assault while on the job. Sharing helps, and I can’t stress this enough.

As a child I was pretty private. My personal style might have been “out there,” but my personal issues (teenage depression and severe Ulcerative Colitis—columns on these feel-good topics coming soon) stayed locked inside me. Once I began to talk in public about my experiences years later, not only did I find support amongst friends and strangers, but I became part of a collective exchange of ideas, sympathy, and help. I discovered that my experiences were far more common than suspected. It’s likely that a friend of mine will read this column and text me about her own assault. Hopefully, I might be able to lend a little bit of comfort and guidance. But that’s only the first step. As important as it is to talk about our experiences, words only get us so far. We have to take action and stop these assaults before they start. Things are getting less messed up, but it’s just a start.