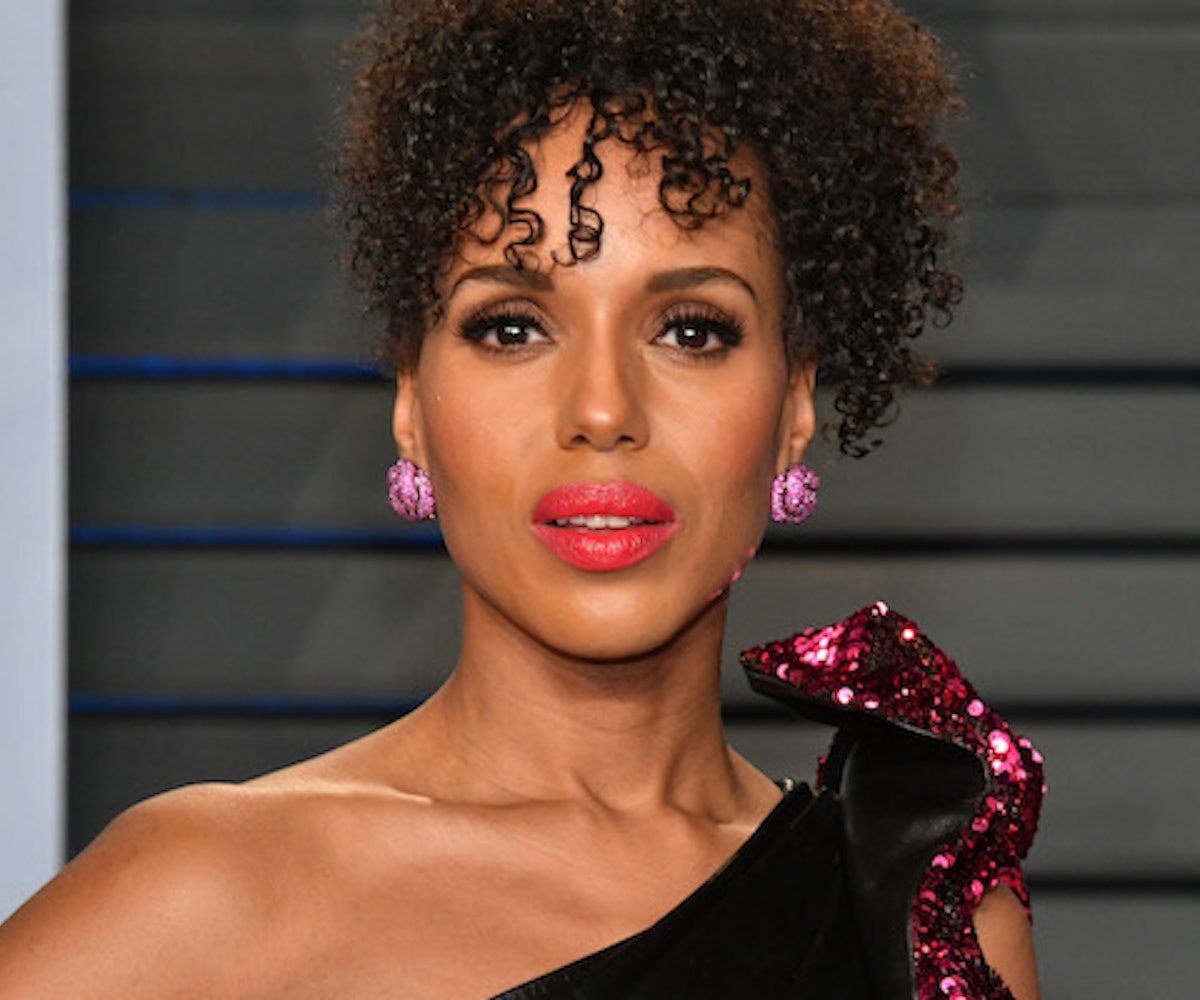 Resident beauty queen Kerry Washington has just launched her very first line of makeup as part of a collaboration with Neutrogena. The pairing comes as no surprise, as Washington has been a spokesperson and creative consultant for the brand since 2013.

The collection is comprised of two palettes, one for the eyes and one for the cheeks. The Essential Eye Palette features five neutral buildable and blendable shades, ranging from ivory cream to deep brown, for $12.99, while The Essential Cheek Palette contains a universally flattering bronzer, blush, and highlighter for $9.99. Each palette comes in sleek silver packaging complete with Washington’s signature.

The shades Washington created are meant to flatter a wide range of skin tones but, also, be versatile. “Obviously, everyone is going to look different using these colors, and not every color is going to work for every single person,” she told WWD. “I tried to create a world where you could really play. What’s a bronzer for somebody might be a blush for someone, and a highlighter for somebody might be an eye shadow. You can really play around with these tools.”

The product names were also something Washington took into careful consideration. She named each shade after a quality she finds important, so you’ll find eyeshadows named Confident and Powerful and a highlighter named Elegant.

While this may be Washington’s first line of makeup, this isn’t her first foray into beauty. Back in 2016, she collaborated with OPI on a line of nail polishes inspired by Washington D.C., an ode to her iconic role as Olivia Pope on Scandal.

You can start shopping the palettes online exclusively at Ulta, with the products rolling out in stores later this month.