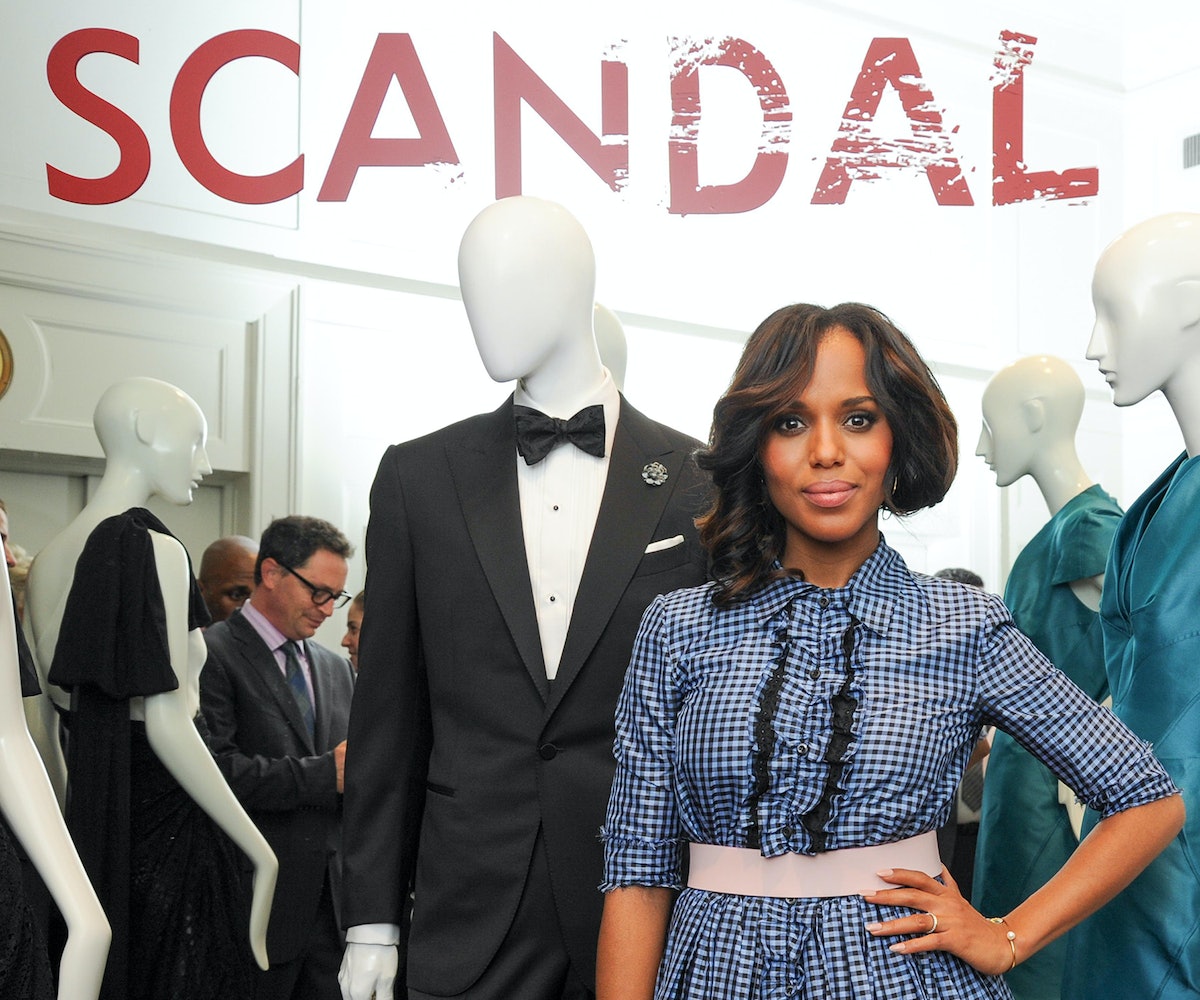 Kerry Washington and her character on Scandal, Olivia Pope, have a few things in common: impeccable style, mind-blowing intelligence, and that we absolutely cannot get enough of them! While we've known about the star's acting chops since obsessing over Save the Last Dance in 2001, what we didn't know then, is that 12 years later she would be the centerpiece of one of television's most riveting White House dramas. We don't want to spoil the fun of watching the show for new viewers, but let's just say it's pretty scandalous.

Before Washington and the rest of the cast sat down to live tweet the show's season three premiere last night (with the goal of breaking Twitter), we caught up with them at the Apple Store in Soho, New York to hear a discussion about all things what to expect from season three, how they work together, and what it's really like to be a part of the Scandal TV family. There are a couple light spoilers ahead, so read on with caution.

Tell us about the whole "Dad" situation.

It's exciting because season three starts minutes after that “Dad” surprise from the season two finale. So we pick up in the limo with Olivia and her father, and we get to see a real window into their relationship right from the beginning.

What's the best part of being a part of the Scandal cast and crew?

Starting in New York, I started in the theater. This show is the closest experience I've ever had to being in a theater company. When you're in a theater company, you are really there to help each other shine and to build work on a consistent basis with people who help you evolve and grow and build, and that's what working with this cast is like. I feel like the regulars and the guest stars in continue to elevate each other day after day, week after week. The biggest leap for me in my learning as an actor has definitely been being on Scandal.

How do you cope with the difficult scenes on the show?

Part of the ability to do the work is that we trust each other. We get really hard scenes we have to figure out together. We talk about it, we grapple with it, we call each other on the weekend, and send each other emails. We figure out how to make it work.

Do you see Scandal as a show about race?

One of the things that's so powerful for me on the show is that race is definitely a topic that's dealt with. It's come up a lot of times in various ways, but the show isn't about race. It's about relationships. It's about love and it's about people who really care about each other in navigating through feelings. I think that's one of the things that is so special about the show. These people have the capacity and the courage to take each other in for who they are inclusive of race, personal history, ethnicity, sexual orientation, class, or level of education. They see the full picture of each other, and that's where they build their relationships from.

What do you like most about playing Olivia Pope?

Lynn Paolo is our costume designer, and one of the things that is so special about the show is that we don't do fashion for fashion's sake. The clothing is very connected to the characters. David is wearing Hugo Boss now because he has a better job, and Abby changed her hair and changed her makeup because she's trying to move on in her life from a relationship. The clothes are rooted in the characters' journeys. I think that's one of the things I love so much about being on Scandal.

What are three words to describe Scandal season three?