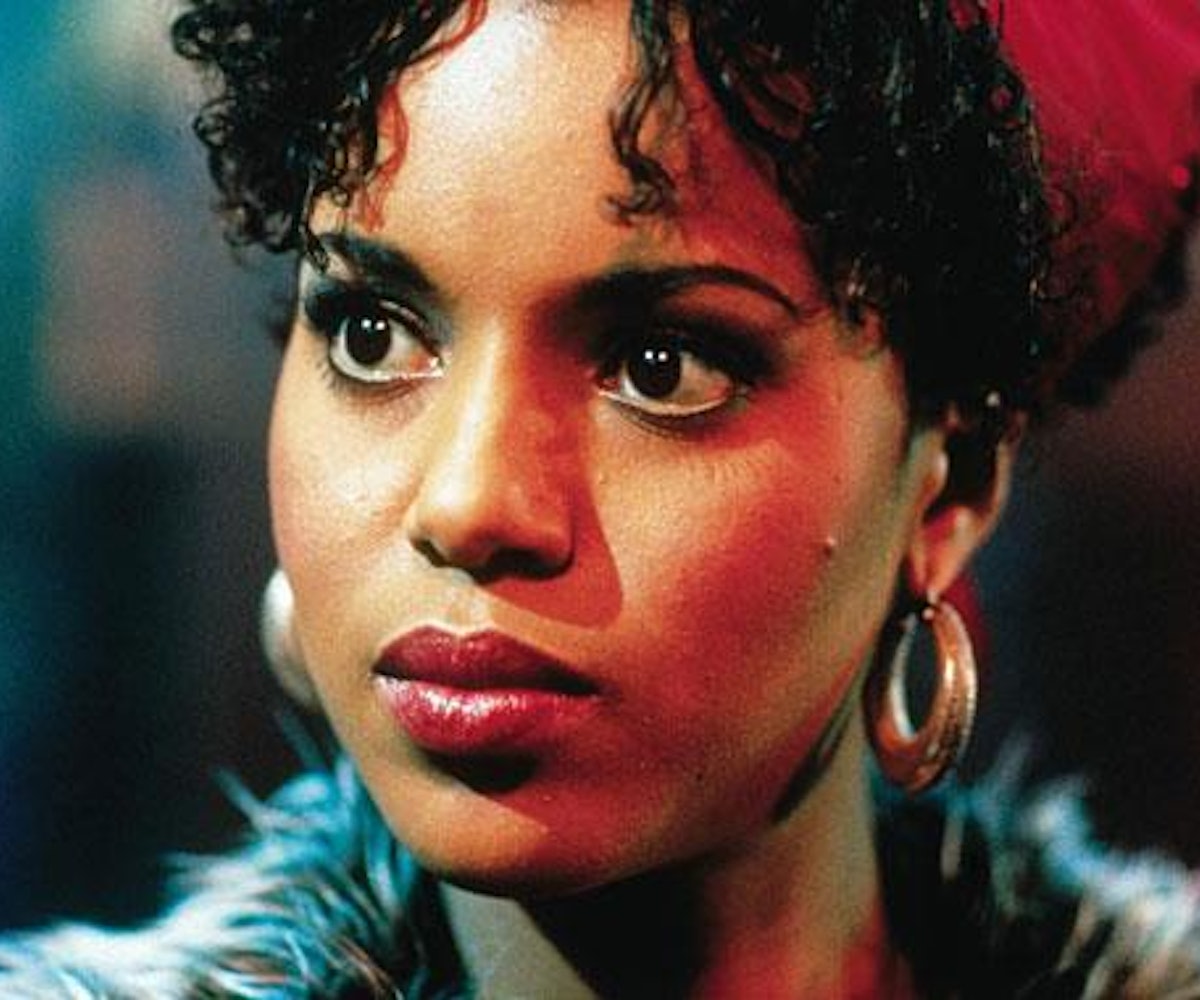 Before she became the ultimate HBIC known as Olivia Pope, Kerry Washington was just another New Yorker with a background in theater and eyes on the prize. While her acting career began in 1994, it wasn't until 2001 that she started to land leading roles in films like Save The Last Dance and Bad Company, finally bringing her into the spotlight.

We didn't get to know Kerry the Style Icon until late 2010, but we're glad we did. Her red-carpet looks from 2011 on have been highly anticipated and rightfully so. Even during pregnancies, she's proven that she's not only a radiant star on screen but on the carpet as well.

Today, we celebrate her 40th birthday by giving a nod to the evolution of her ever-evolving style. In the span of 20 years, she's gone from being a sheer-shirted shy girl to rocking scandalous slits with babies in the womb. At the end of the day, everybody starts from somewhere.

A little lace never hurt nobody!

Could this appearance mark the turning point for Kerry's red carpet looks?

Okay, we see you Kerry!

Did somebody say scandal?

Somebody started 2006 off with a bodycon bang.

So much glitz and glamour!

2007 was definitely a good year for Kerryand shiny material.

We hope she saved this skirt.

This. Dress. Is. Everything.

Will the real Olivia Pope please stand up? Kerry was channeling her inner politician back in 2008.

She looks like she's draped in a beautiful, ancient curtain and we mean that in the best possible way.

Channeling the flamenco dancer emoji back in 2011.

Pregnant and wearing a crop top? Kerry was too good for us in 2014.

Watch out for this watchdog! She was not here to play in 2015.

A goddess walks among us.