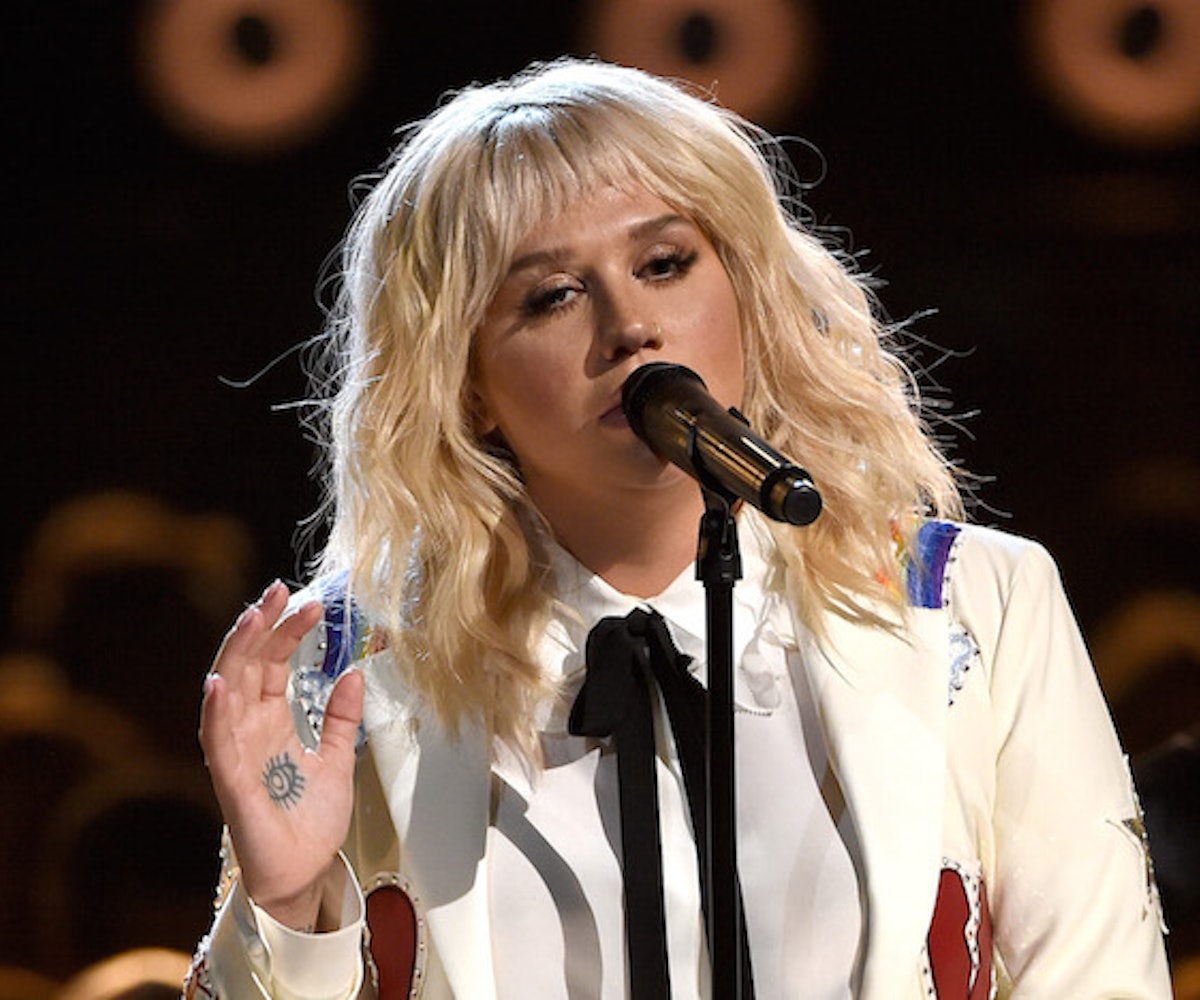 It's been a long and storied struggle for Kesha ever since her legal battle with producer and alleged abuser Dr. Luke became public. As the dust (temporarily) settled, we all watched as Kesha found ways to still perform and exercise her artistry, through covers, her alternate band Yeast Infection, collaboration with Zedd at Coachella, and announcement that she's going on tour with Diplo. Her Billboard Music Awards performance tonight is another feather in her cap, one that nearly didn't happen.

Following the announcement that she would perform, it was abruptly cancelled due to a dispute with her label, Dr. Luke's Kemosabe Records. She had previously received permission, but it was rescinded when the label heard the performance would make references to her legal troubles. She eventually received permission, with the contingency that the performance wouldn't be used as “a platform to discuss the litigation.”

Tonight, she took the stage and covered Bob Dylan's "It Ain't Me Babe" with Ben Folds, in an understated and incredibly powerful performance. Watch the entire moving cover, below.

NEXT UP
Entertainment
Harry Styles Is Performing At The 2023 Grammys
Fashion
Jenna Ortega Is The Face Of Adidas’ Newest Line
Beauty
Dua Lipa’s ’90s Updo Is Hair Inspo For Your Next Night Out
Culture
Phoebe Dynevor Will Not Return for Bridgerton Season 3
Style + Culture, delivered straight to your inbox.