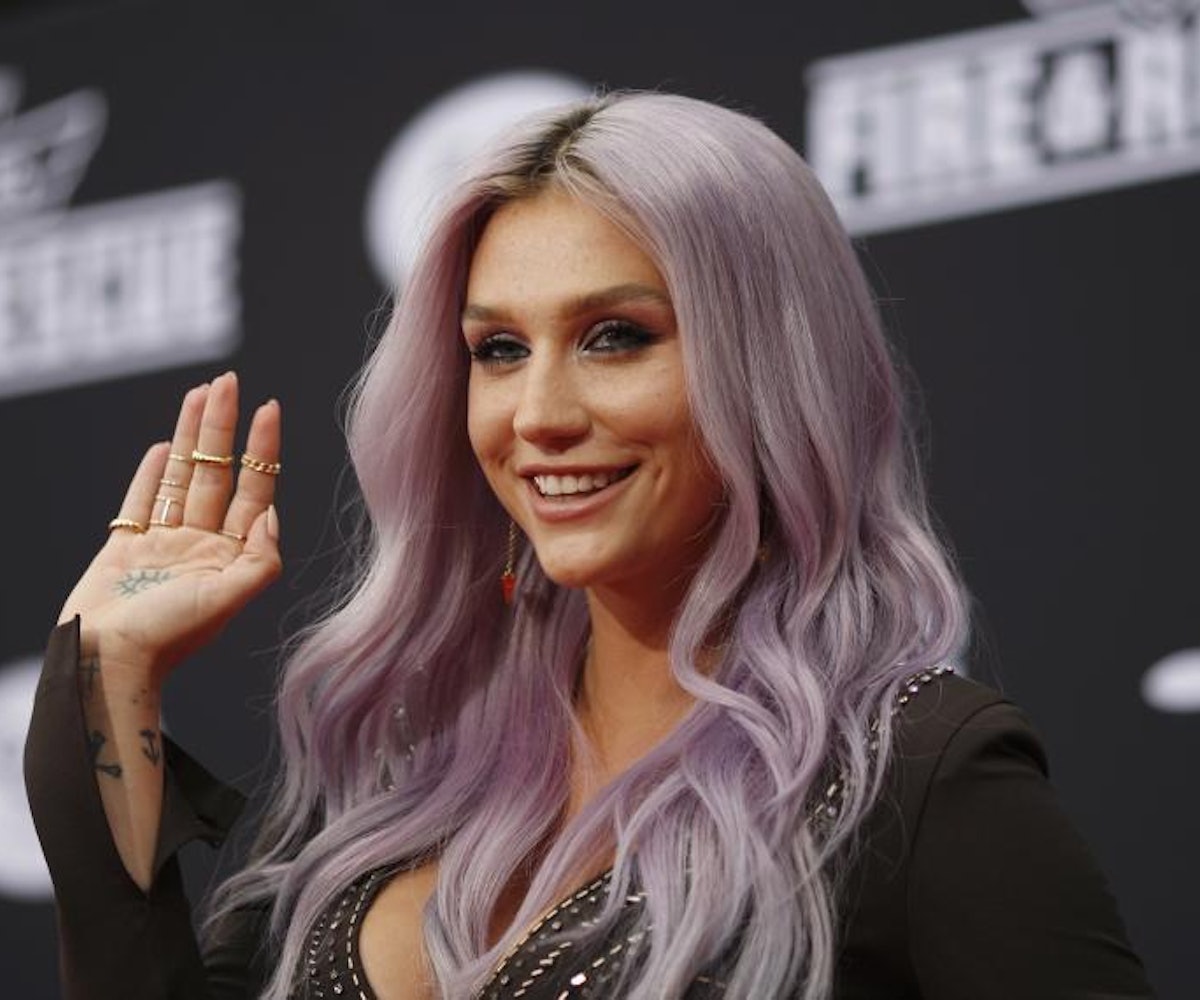 This year, Kesha has proven that she’s an incredibly strong and unstoppable force by releasing her album, Rainbow, which was a beautiful piece of art chronicling her emotional endurance. The singer is now ending the year on an even higher note (literally), by releasing her rendition of the song "This Is Me" from the upcoming holiday musical The Greatest Showman.

Everything, from the song's composition to the lyrics, sounds like it could have been written about the singer. “Another round of bullets hits my skin/ Well, fire away 'cause today, I won't let the shame sink in,” she sings. The track is truly inspirational, and perfectly captures Kesha's resilience in face of her legal battle with producer Dr. Luke.

The original song is performed by Keala Settle, who is featured on the musical’s soundtrack alongside Hugh Jackman, Zac Efron, and Zendaya. Kesha’s version is a bit more quiet and lush, with piano accompaniment and a gospel choir belting along with her. Slowly, though, the song builds, and we’re left with a track that showcases the singer’s versatile vocal range and emotional grit.

Listen to it, below.