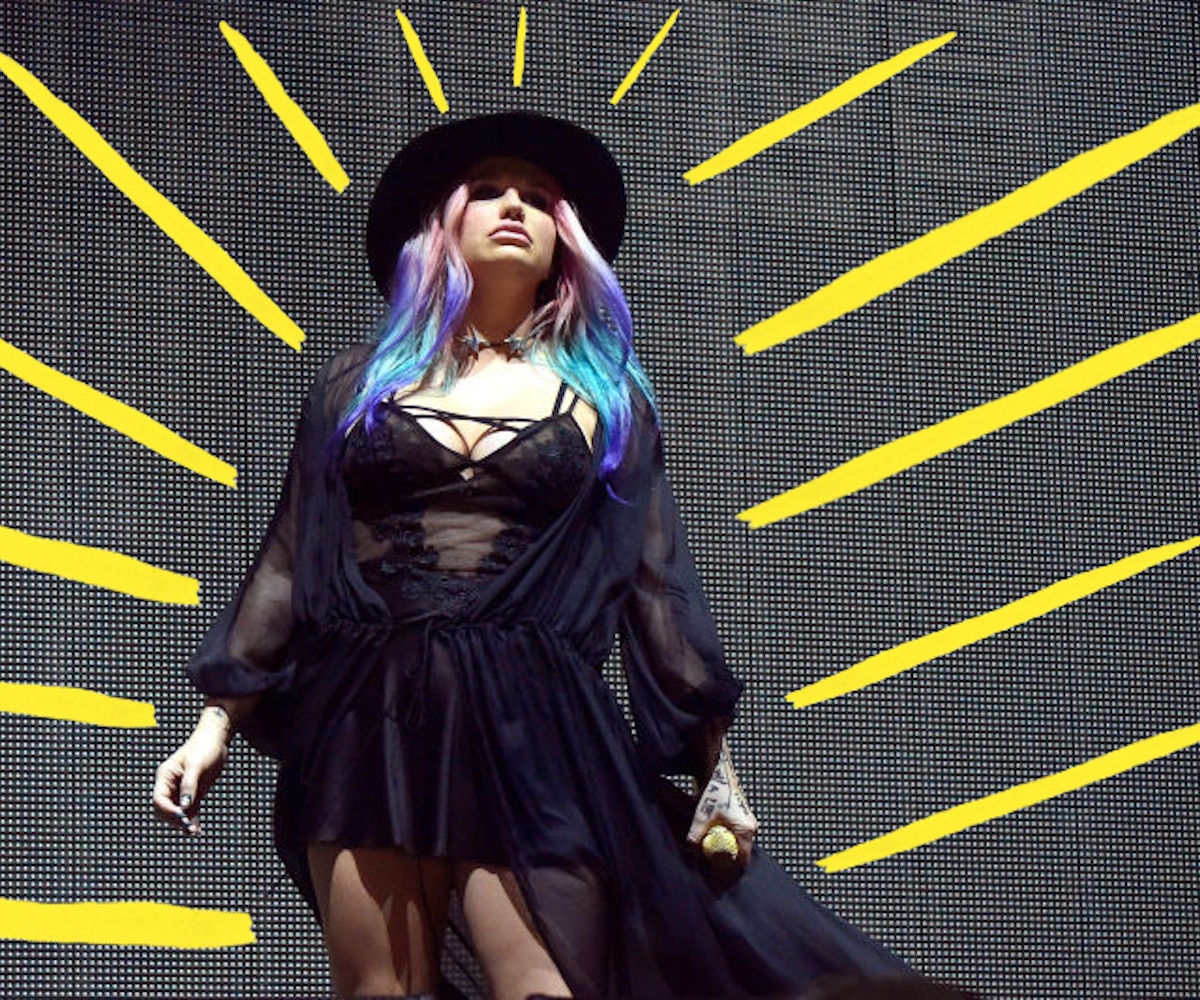 Photo by Frazer Harrison / Getty images
by daniel barna
May 16, 2016

All throughout the legal battle that sidelined her career up to her current soaring comeback, Kesha has used Instagram as a public confessional. The singer, whose saga with Sony and Dr. Luke has been well publicized, has used the photo sharing platform to thank fans for their continued support and to give them a revealing window into her life. But, over the weekend, Kesha may have unleashed her most intimate post yet.

Underneath a photo of her silhouette, with her two middle fingers raised in the air, Kesha revealed that she's been battling depression and an eating disorder "for a while now."

"My career is in a strange place and it feels like I'm fighting an uphill fight some days," she wrote. "But I have decided to take my life back. My freedom. My happiness. My voice. My worth."

Kesha got even more candid as she went on to call out body shamers. "I will not just f*cking be quiet and hide. Today I will say f*ck it and live," adding, "Today I'm making that choice. AND IM HAPPY AS A DAMN CLAM. And also a big ol f*ck u if u wanna hate on my body. Just remember that makes u look like a dickhead."

It was the second time in the last few weeks that Kesha called out her trolls on Instagram. "Bye byeeeeeee. I'm hot when my ass is big. I'm hot when it small. GET OVER IT," she wrote previously.

The post is the latest in a series of resurgent moments for Kesha, who just last week stunned the audience at The Humane Society of the United States’ to the Rescue Gala in Hollywood, California, when she performed a stirring rendition of "Til It Happens to You." She also released a new song and is going on tour with Diplo this summer. It's safe to say Kesha's back.

NEXT UP
The Art Issue 2022
True Life: My Partner Is Obsessed With NFTs
Culture
NYLON Party Report Card: Partying With The Stars & 94 Foot Long Whale At The Natural History Museum Gala
Culture
An Exhaustive Breakdown Of The Balenciaga Controversy
Culture
A Britney Spears-Inspired Musical Is Coming To Broadway