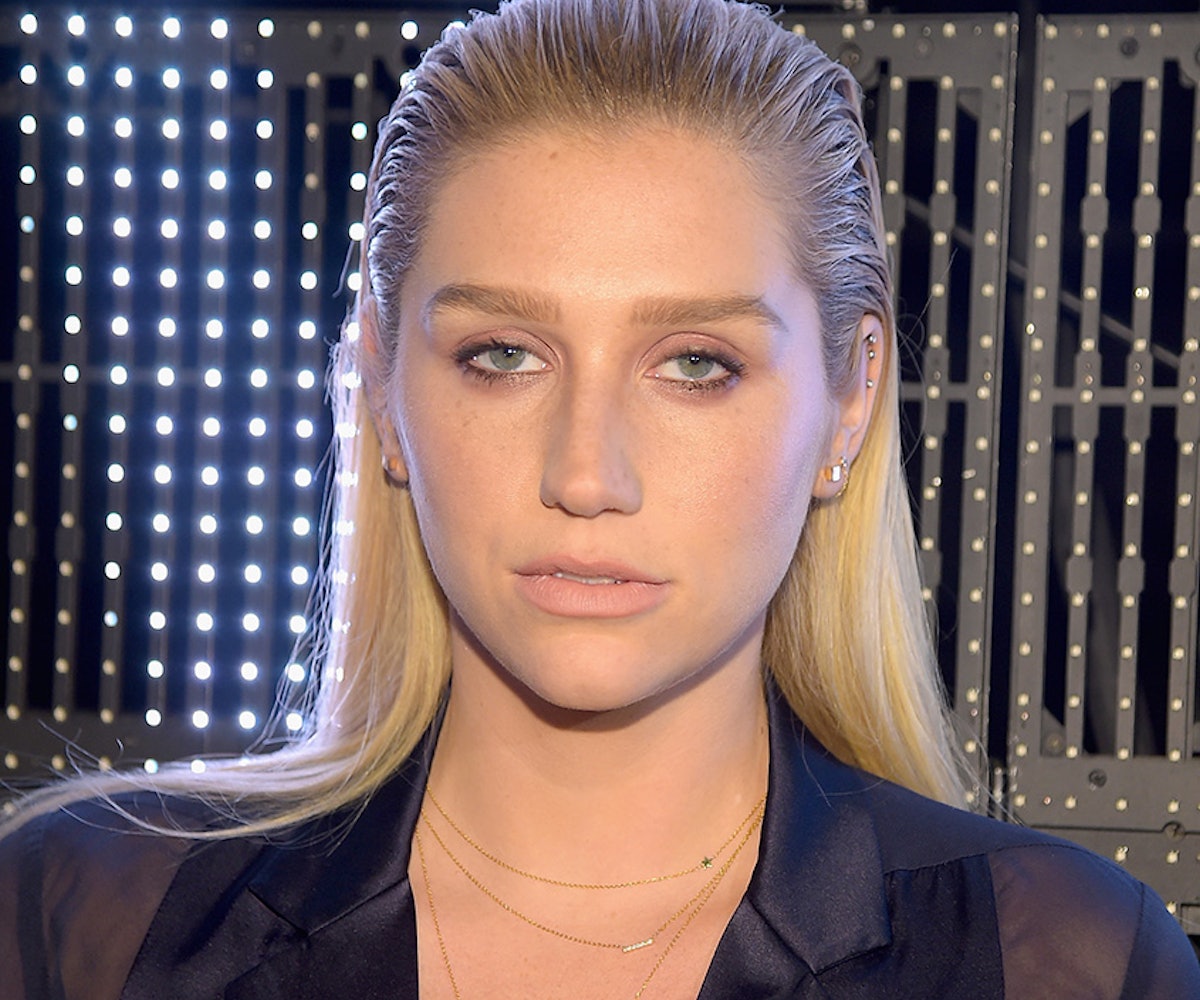 Kesha’s ink collection just got a tiny bit bigger. The pop star added a not-so-subtle middle finger to the world by tattooing the phrase “fuck the world” on to her ankle. It looks like a stick and poke—a type of tattoo Kesha’s fond of—but it’s probably not.

Kesha’s been going hard in the tattoo paint this season. About three weeks ago, she got Saturn tattooed on the inside of her left palm and a tiny crescent moon on her left middle finger. A true celestial being is she. Now, as for the meaning behind her latest, we can only assume it’s a nod toward her label, Sony. Since she sued her former producer Dr. Luke for sexual assault last year, her label has refused her appeals to work with anyone other than the Dr. (Aside from 2013’s “Timber,” the last time Kesha put out new music was in December 2012.) This new ink is a giant F-you to the situation.