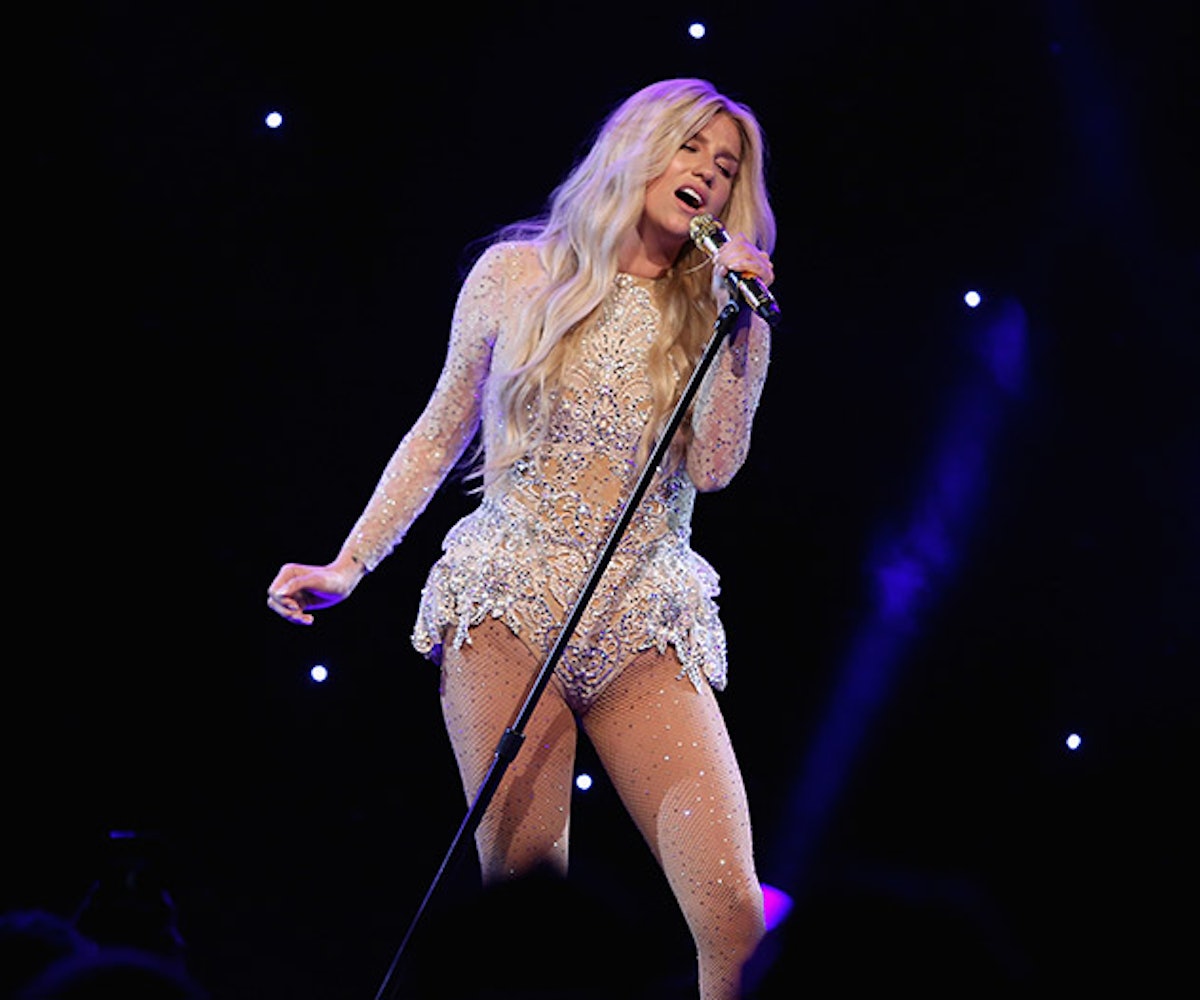 Good news from Kesha's camp: the "Warrior" singer will be going on tour this summer. Kesha made the announcement over Twitter earlier today, July 19.

"Are you coming to hang this summer with us?" Kesha asks. She goes on to say she'll be playing songs we've never heard before and songs she "may never play again." Dates have only just been released and, as Kesha announced, it's only going to be a couple of shows. A Kesha fansite discovered the tour's name, Kesha and The Creepies: The F**k The World Tour, which was confirmed via Ticketmaster.

Aside from a track with Zedd, Kesha's legal troubles with Dr. Luke and Sony have prevented the pop star from releasing any new music. Sony still refuses to drop Kesha from Dr. Luke's imprint, Kemosabe Records, even after the allegation that Dr. Luke sexually abused her. A New York judge dismissed the case in April.

Despite all this, Kesha has remained strong and hopeful. Her performances at Coachella and the Billboard Music Awards were met with cheers and solidarity. This May, she performed Lady Gaga's Oscar-nominated song about sexual abuse, "Til It Happens to You," at The Humane Society of the United States’ to the Rescue Gala in Hollywood. She promises this upcoming tour will be for the "love of rock and roll in [her] soul." She adds, "it's going to be fucking crazy."