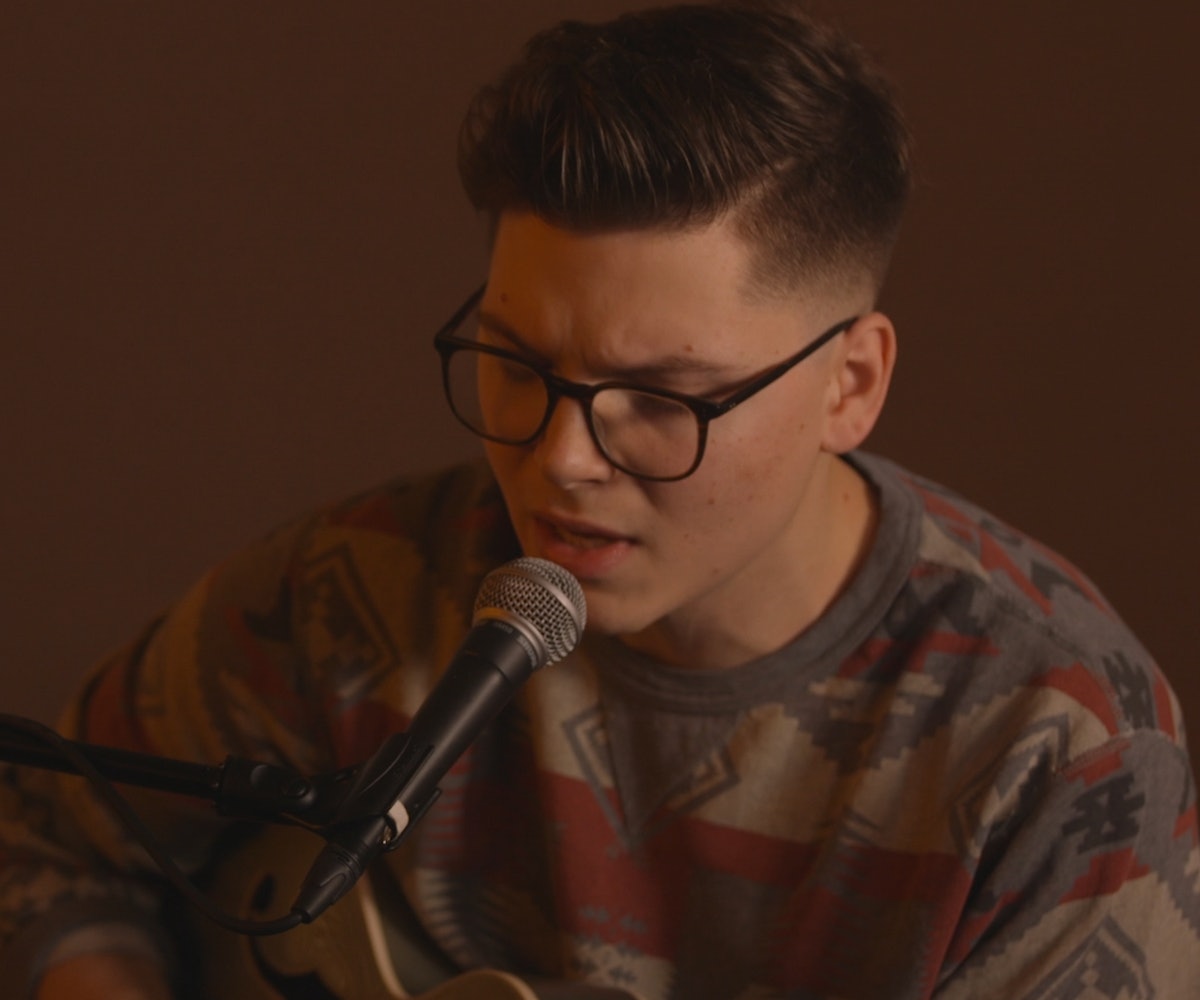 Brooklyn, New York-based crooner Kevin Garrett’s career has been gaining steam since he dropped his debut EP Mellow Drama back in 2015. That introduced the Pittsburgh native as a gifted singer-songwriter who specialized in retro, soul-bearing tunes, emphasis on the soul. Garrett got one of his biggest breaks when he was tapped to co-write and produce a song called “Pray You Catch Me,” which ended up as the lead track on the album you have heard of by the name of Lemonade. Now, with his second EP, False Hope, out last month, Garrett is finally ready to begin working on a debut full-length that should launch him into the stratosphere. But before he headlines concert halls, Garrett stopped by our office to perform two of his stripped-down, deeply felt songs in our latest Nylon Live session. Check it out above.

Check out Garrett's tour dates with Mumford and Sons below.