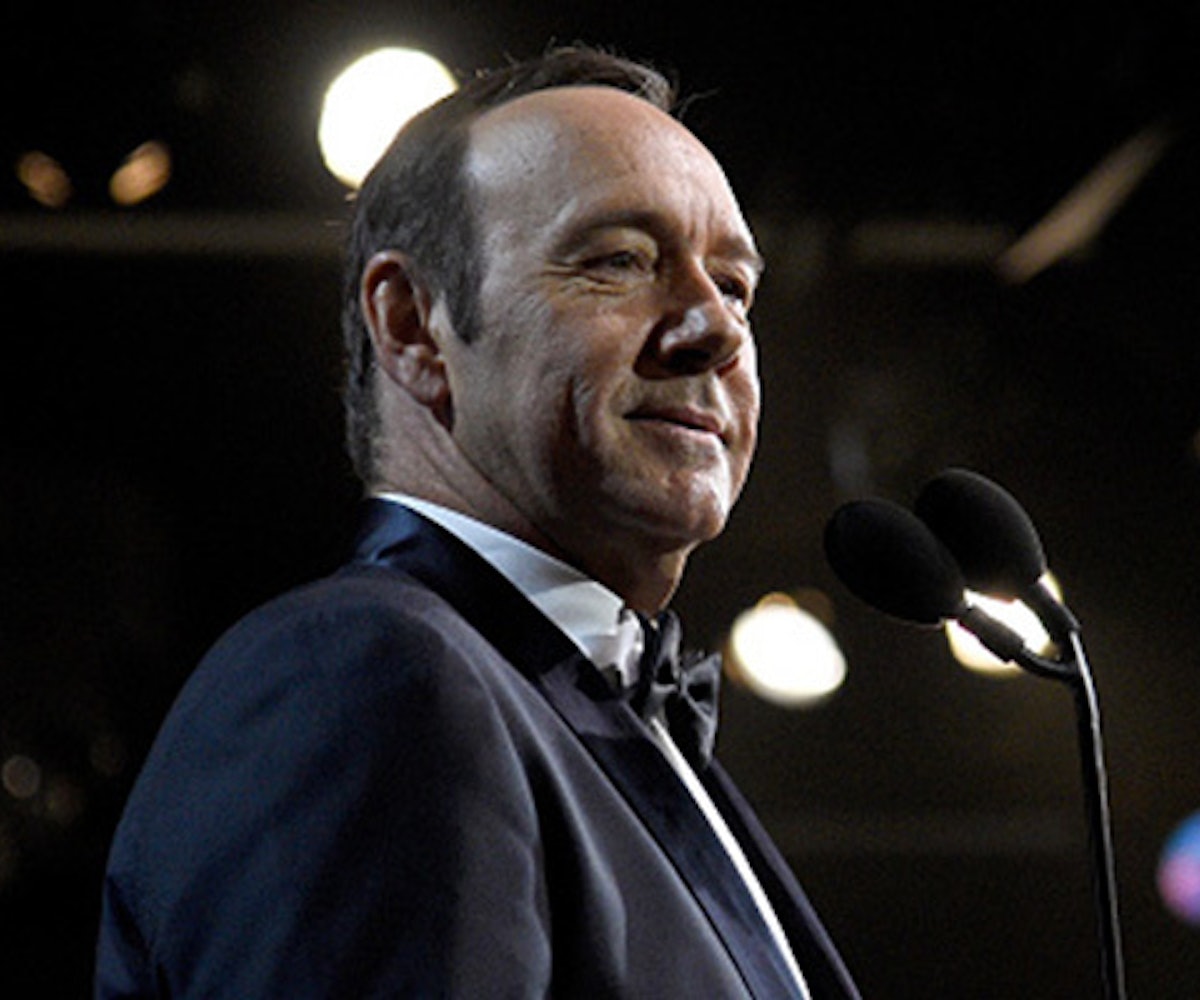 In an interview with BuzzFeed News, Star Trek: Discovery star Anthony Rapp accused Kevin Spacey of making sexual advances toward him when he was just 14 years old. Spacey was 26 at the time. Now, Spacey has responded to the allegations, saying he doesn't "remember the encounter," but that, if he did what Rapp claims, "I owe him the sincerest apology for what would have been deeply inappropriate drunken behavior."

"I am sorry for the feelings he describes having carried with him all these years," Spacey continued. Rapp claims the incident happened at a party Spacey was throwing at his apartment in 1986 when the two were both on Broadway. He told BuzzFeed that toward the end of the night, Spacey picked him up, placed him on his bed, and climbed on top of him. Fortunately, he was able to "squirm" away from him. “I still to this day can't wrap my head around so many aspects of it," Rapp said. "It's just deeply confusing to me.”

In his apology, Spacey also went on to explain that he's had relationships with both men and women but chooses "now to live as a gay man," he wrote. “I want to deal with this honestly and openly and that starts with examining my own behavior.” A lot of people are viewing this as a really bad time and way for Spacey to come out, considering many people already make false equivalencies between being gay and pedophilia.

Rapp felt compelled to come forward about his experience with Spacey in the wake of sexual assault allegations leveled against Harvey Weinstein. He stressed that he didn't want to "simply air a grievance, but to try to shine another light on the decades of behavior that have been allowed to continue because many people, including myself, being silent… I'm feeling really awake to the moment that we're living in, and I'm hopeful that this can make a difference."