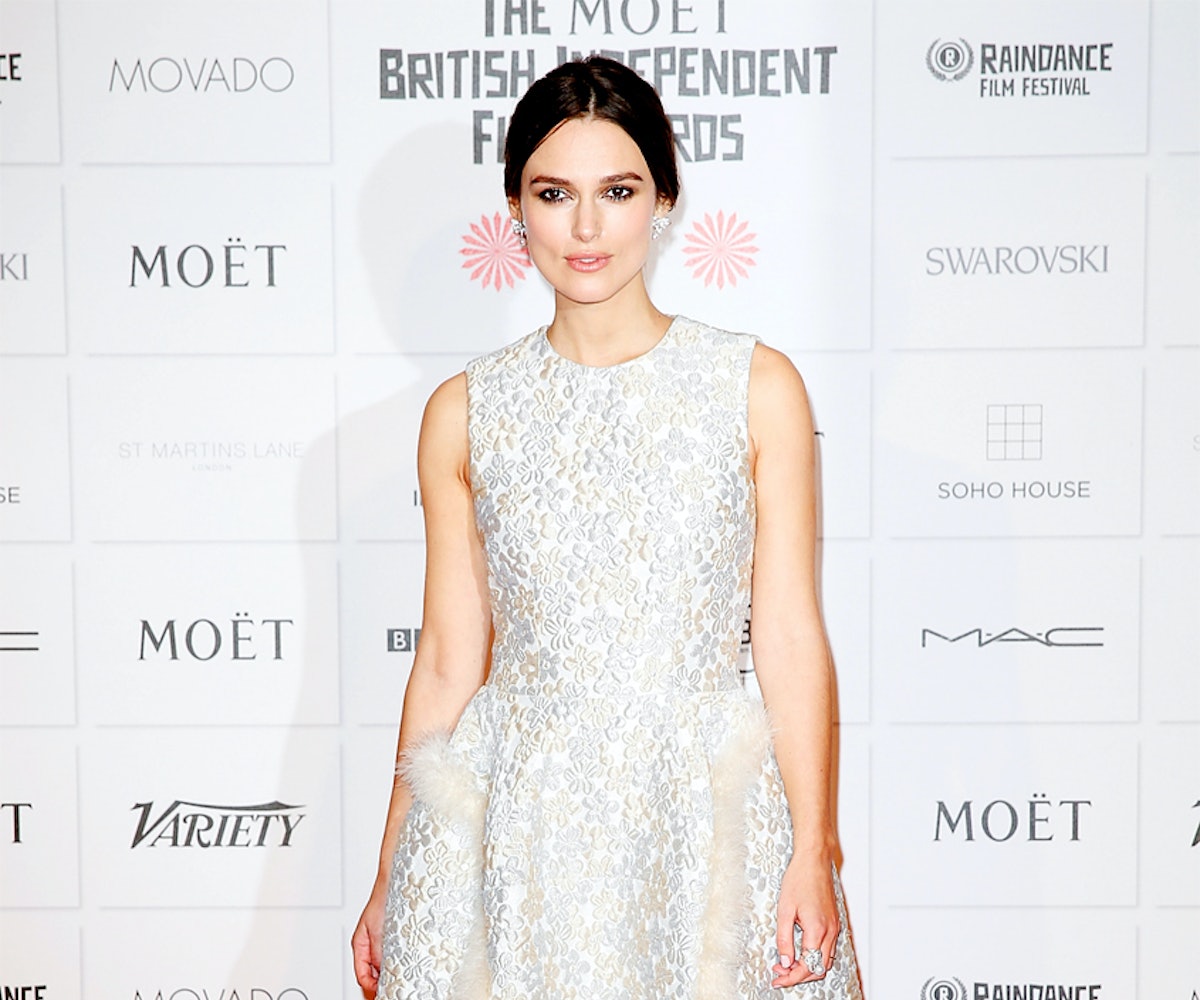 On Wednesday, Page Six reported that Keira Knightley is expecting her first child with husband James Righton. The reason for such "exclusive confirmations"? She wore a billowy dress to the Moët British Independent Spirit Awards and stayed away from alcohol—oh, and apparently there are mysterious "sources" that can confirm.

This morning, as Grazia reports, Knightley announced that she is indeed pregnant. And we are so, so happy for her and Righton! Not only will 2015 bring little Chanel-clad Knightleys, but Keira might just win a few awards for her role in The Imitation Game. Earlier this week, the actress was nominated for a Screen Actor's Guild Award for "Outstanding Performance by a Female Actor in a Supporting Role." With more award show nominations to come, we're sure the actress will get even more recognition and praise for her amazing portrayal of Joan Clarke. Her film, Everest, will also be released next year.