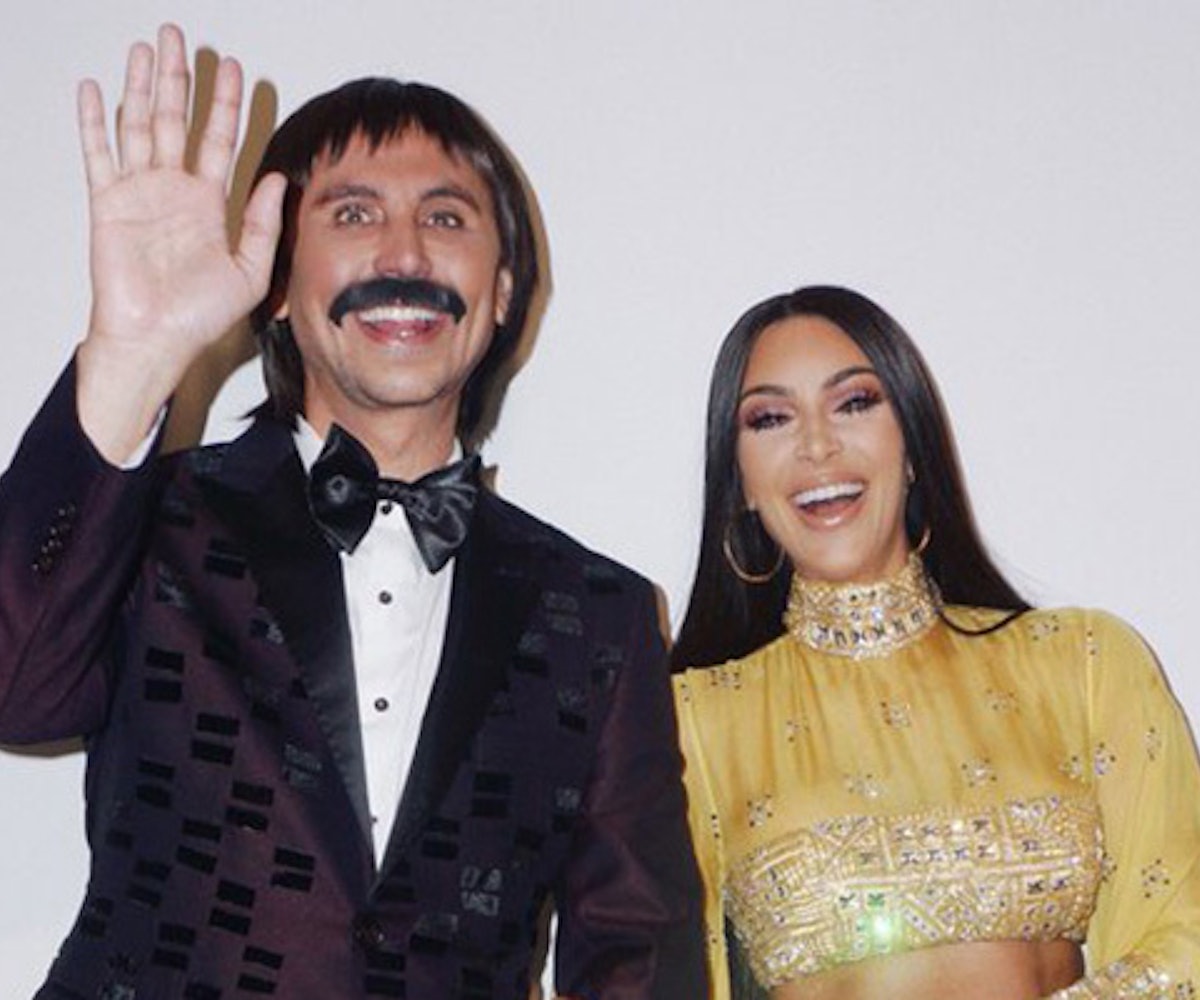 Kim Kardashian's "Halloween theme" this year is musical legends, according to the reality star, and so far she's turned it out. She's dressed as Cher, Madonna, and Aaliyah, and nailed them all. Here's a look back at Kim's best costumes over the years.

She and her friend Jonathan Cheban created an iconic Sonny and Cher look this year. Even the queen herself approved.

She and her sister Kourtney dressed as Madonna and Michael Jackson this year, too.

In 2015, Kim dressed as another icon: herself. While pregnant with her second child, Saint, she wore the same dress that she wore to the 2013 Met Gala when she was pregnant with North.

Kim went as Anna Wintour in 2014, and North was an adorable André Leon Talley.

In 2012, Kim went as Cat Woman, Kanye was Batman, Kourtney and Scott went as Batgirl and Robin, and Cheban went as the Joker.

That same year, she also went as a platinum blonde mermaid. Kanye went as a well-dressed sailor who's not really that into Halloween.

In 2011, Kim went as another member of the Batman universe and dressed as Ivy.

For Halloween in 2010, Kim went a little more basic and dressed as Little Red Riding Hood.

And she was way ahead of the game with her Wonder Woman costume in 2008.

It's not October 31st yet, so at this rate we might see at least three more costumes from Kim. Maybe Beyoncé is next?