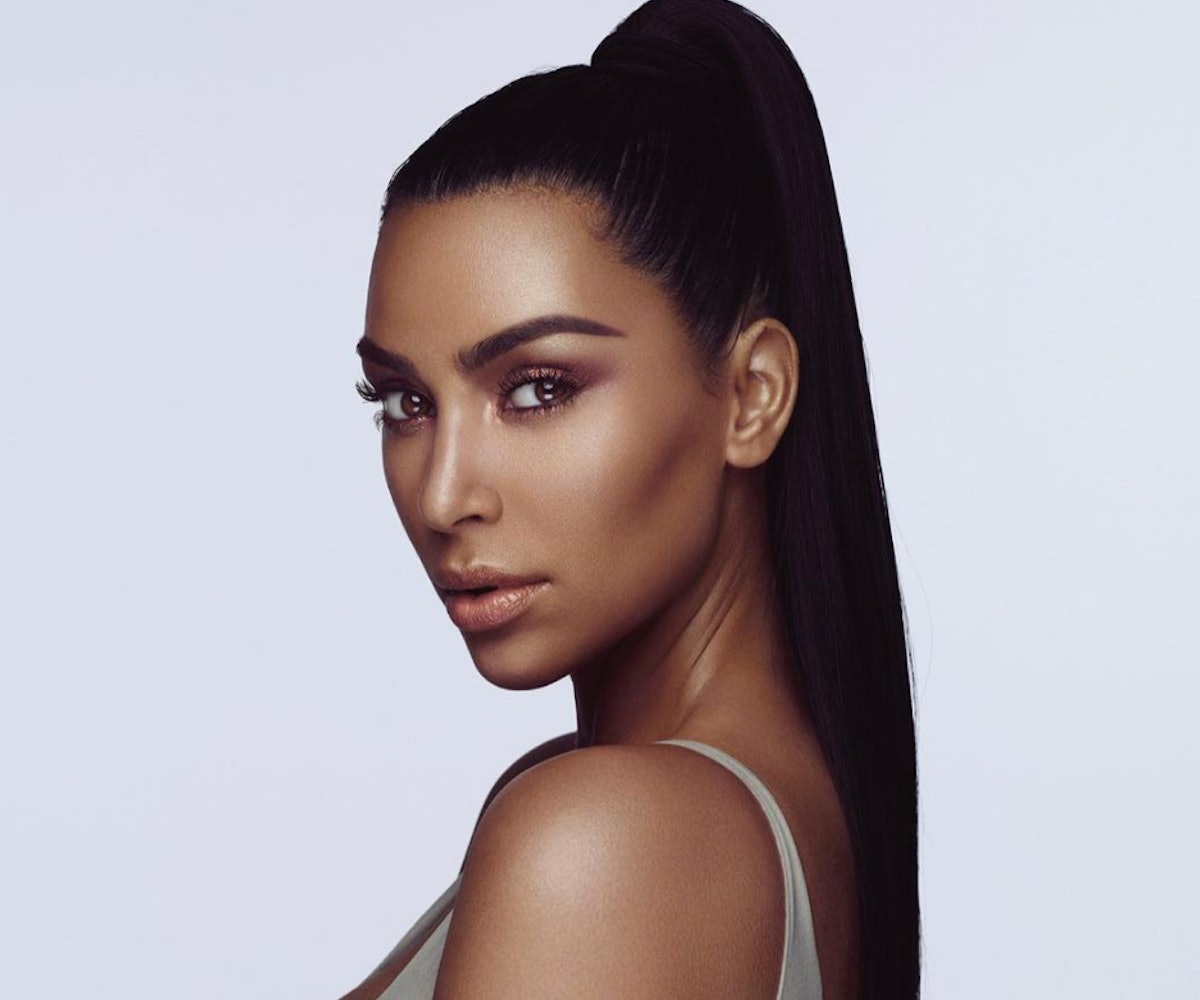 Last week, Kim Kardashian posted a photo of her heavily contoured, Photoshopped self on Instagram, announcing she'd be launching her own makeup line, KKW Beauty. Some people were taken aback by how dark her skin appeared in the image, with a lot of people accusing her of wearing blackface.

"You don't have to do blackface," someone wrote on Twitter, with two images of Kardashian side by side, one with much lighter skin than what she had in the promo photo.

"Love Kim, but that's def blackface in the form of makeup," someone else wrote.

Then someone pointed out the sad irony of cultural appropriation, that women of color are encouraged to lighten their skin, while women like Kardashian darken theirs and are "lauded for their beauty."

Kardashian's blackface controversy came just after her sisters Khloe and Kylie were accused of stealing designs from black women for their own clothing lines.

I would obviously never want to offend anyone. I used an amazing photographer and a team of people. I was really tan when we shot the images, and it might be that the contrast was off. But I showed the image to many people, to many in the business. No one brought that to our attention. No one mentioned it. Of course, I have the utmost respect for why people might feel the way they did. But we made the necessary changes to that photo and the rest of the photos. We saw the problem, and we adapted and changed right away. Definitely I have learned from it.

In some recent promo shots for KKW Beauty, Kardashian's skin does appear lighter than in the initial image.

Hopefully, she'll be more conscious of cultural appropriation moving forward, and the rest of her sisters will take the hint, too.