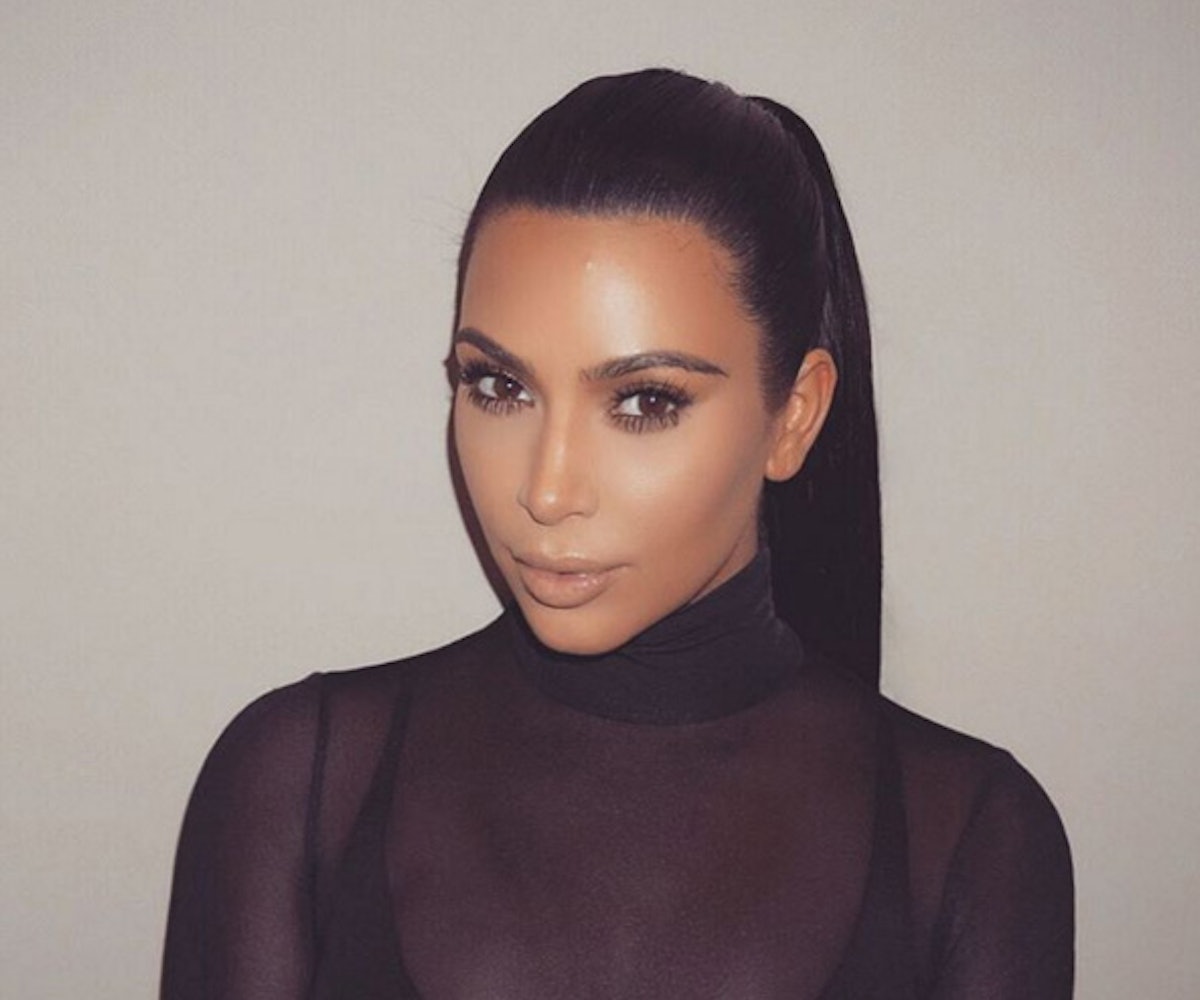 Kardashian and her family stood out among the sea of dark clothing in custom white and silver Olivier Rousteing for Yeezy Season 3 designs. (So fluffy!) Kourtney rocked a beaded number. North looked angelic. Kim, however, stole the show with that pin-straight grey-blonde hair. Of course, this is probably a wig. After going bleach blonde for fashion week last year, Kardashian expressed her disdain over the upkeep. Regardless, it’s quite a way to say hello for her first appearance, aside from Instagram, since giving birth to Saint.

Kris Jenner, Lamar Odom, Khloé, and Caitlyn Jenner were also in the audience. Kendall and Kylie, too. It was a spectacle to say the least. That, on top of the ambitious and diverse show Yeezy put on, made for a wild show. Oh, and the album. The Life of Pablo is lit.

NEXT UP
Beauty
11 Aquarius-Inspired Nail Art Ideas For the Unpredictable Season
Beauty
No One Does #PamCore Beauty Better Than Pamela Anderson, Herself
Beauty
Dua Lipa’s ’90s Updo Is Hair Inspo For Your Next Night Out
Beauty
This Viral Black Honey Lipstick Dupe Is Only $5
Style + Culture, delivered straight to your inbox.