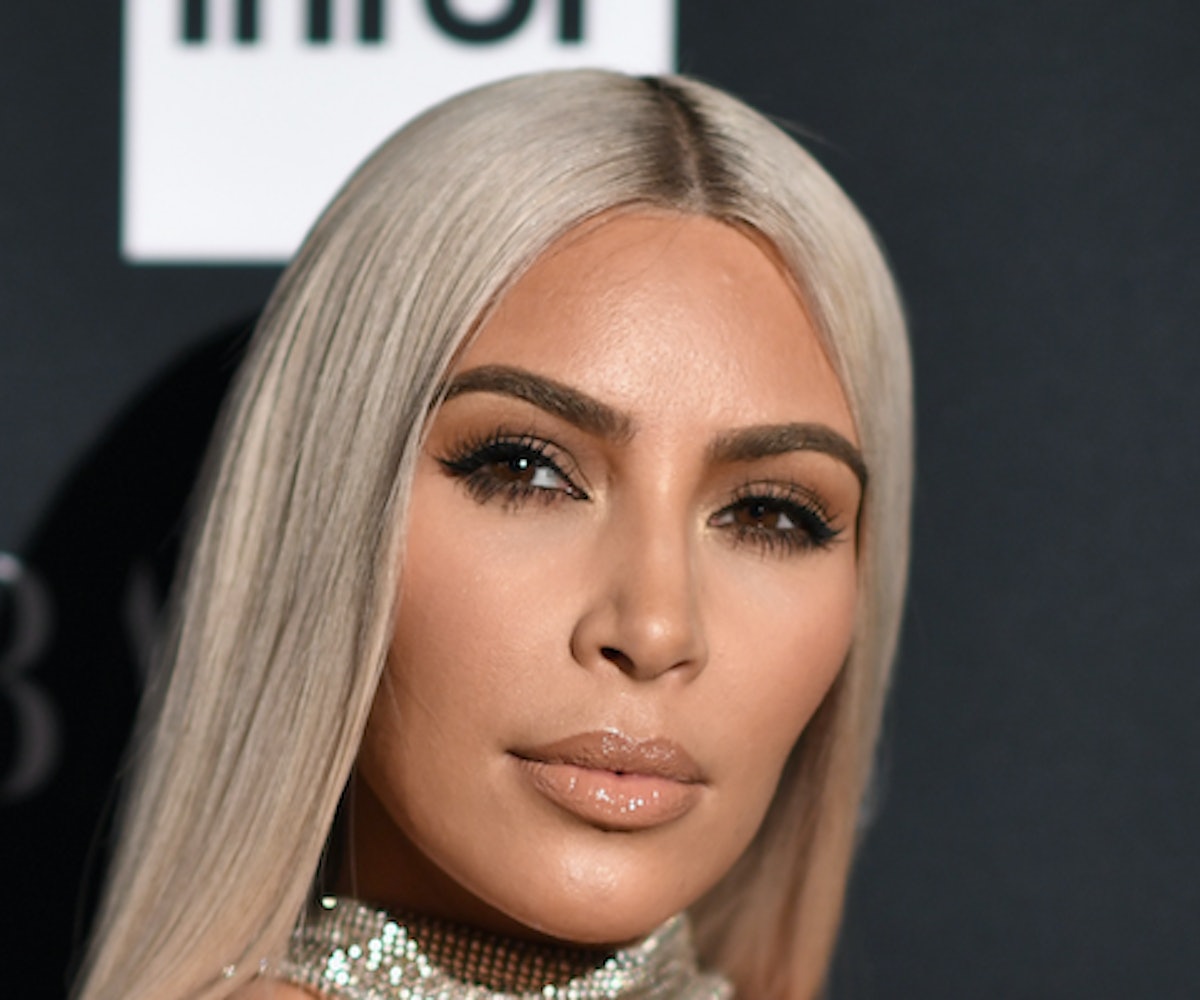 Kim Kardashian unveiled a new hairdo on Snapchat last night, but not everyone was a fan of the style. Well, maybe because the reality star-turned-beauty mogul took to the social media platform to show off her new beaded cornrows, which she instead called "Bo Derek" braids in reference to the white actress who debuted the look in the '70s film 10.

"So guys, I did Bo Derek braids, and I'm really into it," she said in the short clip showing off the look. But there are many problems with Kardashian's style that go beyond the actual braids.

For starters, citing a white woman as the inspiration behind a hairstyle whose cultural significance is rooted in black culture, is wrong. Although you should never rip off a culture that's not yours, if you do, at least acknowledge where it came from.

Also, this is not Kardashian's first cultural appropriation-related offense. The woman is 37-years-old and has been called out numerous times for wearing "boxer braids" and even blackface. To claim ignorance just doesn't cut it anymore, especially for someone who makes a living off the internet.

As expected, many people took to Instagram and Twitter to call her out once again. "Everybody wanna act black until it's actually time to be black," wrote one Twitter user.

Another added that Kardashian, as the mother of three black children, should do better. "Are you DUMB? Bo Derek braids? YOU HAVE BLACK CHILDREN! Learn our history or stfu with your cultural appropriating ass," they wrote.