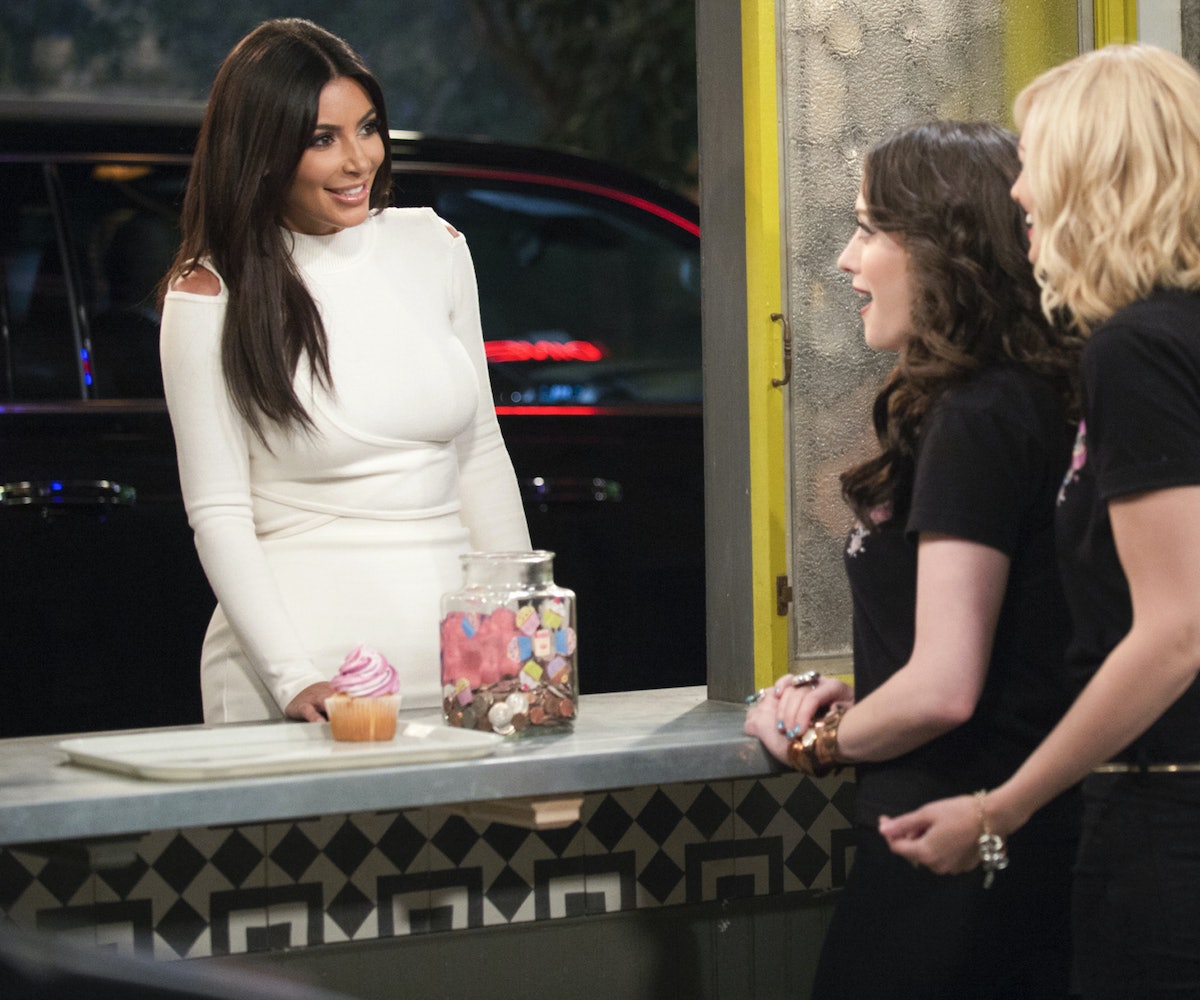 Kim Kardashian’s highly hyped-up guest appearance on the season four premiere of 2 Broke Girls aired last night. Who did she play? Herself. Since her home vide from 8th grade surfaced last week, where the entrepreneur predicted that she would one day be famous, none of us should be surprised that she’s making cameos on TV.

In her scene—which barely lasts a minute— Kim pays a visit to the cupcake shop owned by the show’s two main characters, who are played by Kat Dennings and Beth Behrs. In order to make amends after Keeping Up With The Kardashians decided against filming at the girls’ shop, Kim K. buys a cupcake and leaves a pretty sweet tip.

Probably the best part, though, is that Kardashian’s character promises to tweet about the experience, and she totally followed through.