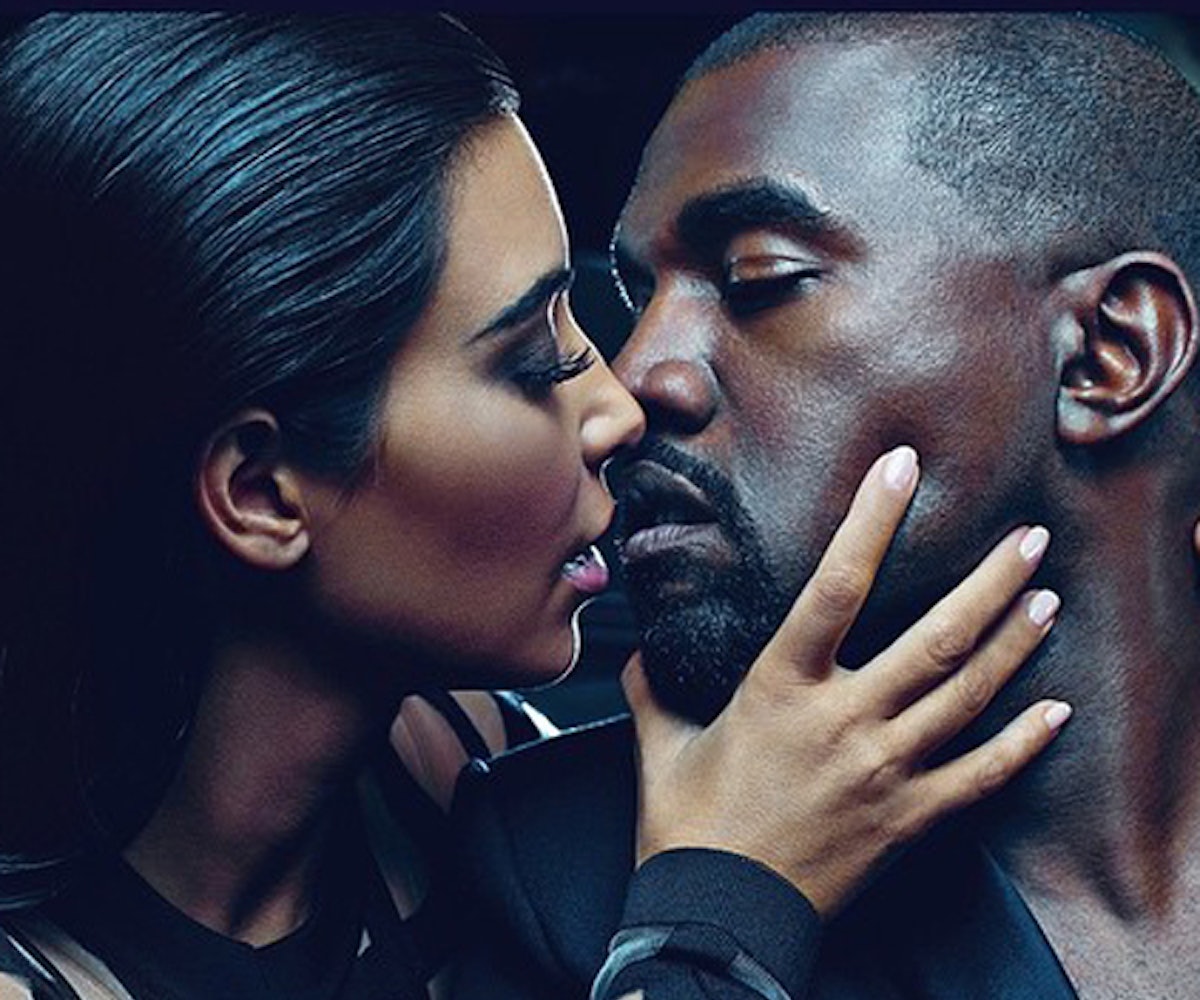 Anyone who works in online media knows the drill: You write about Kim Kardashian, you get loads of traffic, but you also get commenters begging/pleading/sacrificing goats to us to never write about her again. It's hard, because on one hand, we hear you. But on the other, her infiltration into high fashion and legit celebrity has become beyond ubiquitous (and also: traffic). Now, she has a real, legit campaign under her belt — albeit, the men's collection — alongside her husband, Kanye West. The first image for the duo's "Army Of Lovers" Balmain campaign was released today, and it shows a darkly lidded Kim and Kanye about to get their smooch on, courtesy of photog Mario Sorrenti.

Based on her Kanye-era dressing decisions, it is safe to assume that Kim has wanted luxury fashion to take her seriously for quite some time. So following former Balmain faces like, say, Rihanna, certainly won't hurt. Creative Director Olivier Rousteing says, about the couple, "For this Menswear campaign, I wanted to capture a moment of love. Kim and Kanye are style icons and friends. It is an honour to have them in this Balmain campaign. Together, they represent love, beauty and diversity — they are the new modernity. This is more than a campaign, it expresses something beyond clothes — it is a celebration of love and friendship. This is a new statement for Balmain."

That new statement, it appears, is continuing to cement this couple as fashion royalty, whether us little folks like it or not. (via Dazed and Confused)

NEXT UP
Fashion
Taylor Momsen Is The 'Grunge Goddess' Star of R13's New Campaign
Fashion
Becky G, Brooke Shields, And More Star In SKIMS’ Bra Campaign
Fashion
The Best Denim Moments On The Street At Paris Fashion Week
Fashion
This Y2K-Beloved Bag Is The Most Sought After Item Of 2022