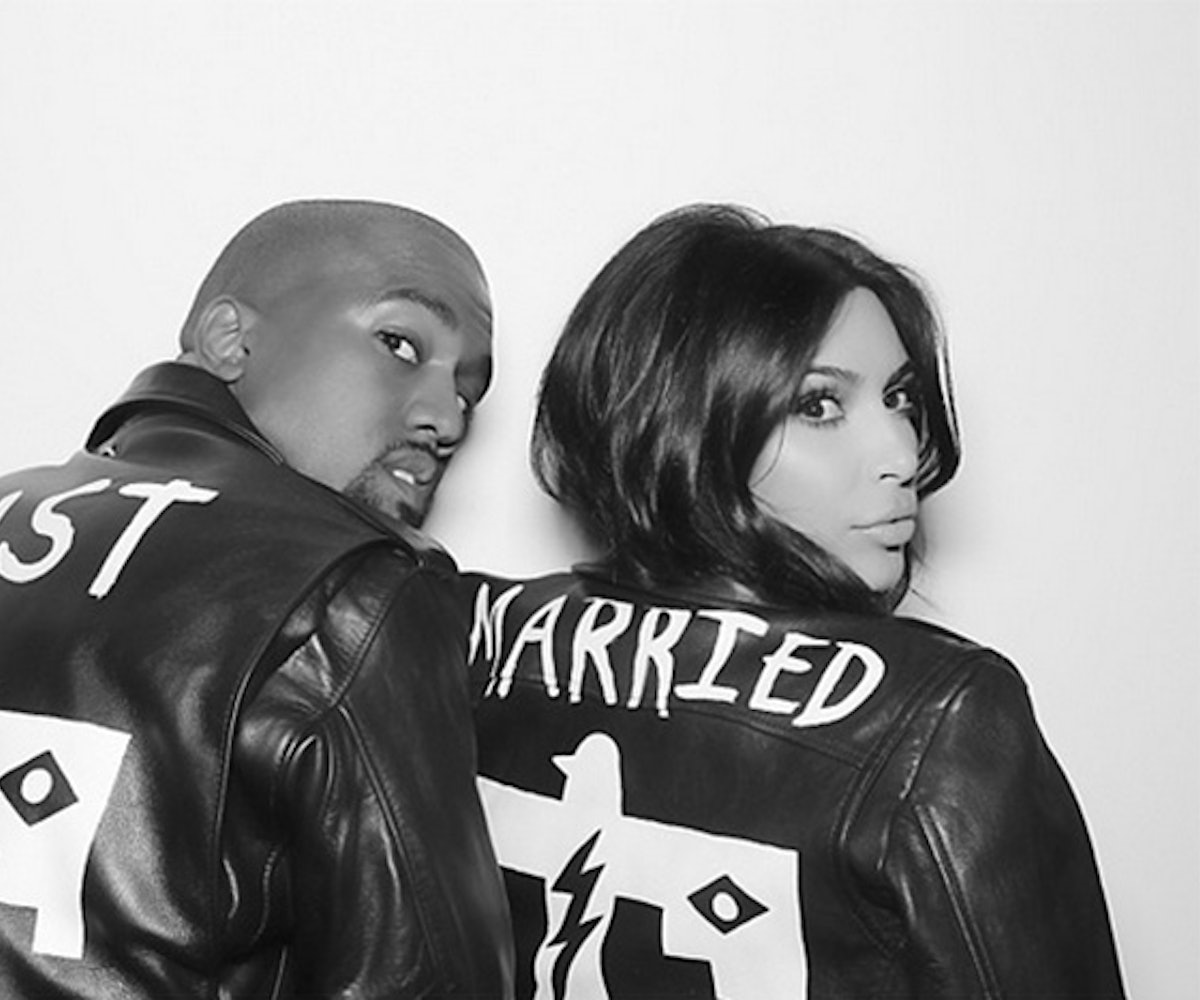 Never has there been a romance so enthralling, so pure, so captivating as that of Kim Kardashian and Kanye West—at least to, well, Kim and Kanye. Now, Mrs. Kardashian-West is sharing the 11-years-young love story with the entire world.

In an interview with Access Hollywood, Kardashian-West revealed that when she met her future husband back in 2004, while working on a pilot developed by West and Jimmy Kimmel, "there was definitely a spark." But, as is all too common the case with any tale of Nicholas Sparks proportions, the timing just wasn't right. No, they would instead keep their distance from each other and engage in other relationships. One grand televised wedding and a divorce later, their timing could finally "coincide." After her 72-day marriage to basketball player Kris Humphries ended, Kardashian stayed by the phone waiting for her Yeezus to call her, until she finally took charge.

"I think it was six months after I was newly single in like 2012, I was like why not?" says Kardashian. "Like, what am I waiting for? I called [Kanye] because I'm sure it was really hurtful that I got married and, even though it's not like we communicated all the time, I knew what he was thinking. So I thought he was going to call me as soon as he knew that I was single again. He didn't, and so I called him and I said, 'Hello? I thought you were at least going to call me and say "I told you so," or something?' And the—he's always been a good friend to me, like, we've always been there for each other—then he invited me to a fashion show of his in Paris and I went, and then the magic happened."

The rest, as they say, is history, forever documented in paparazzi shots and selfies.