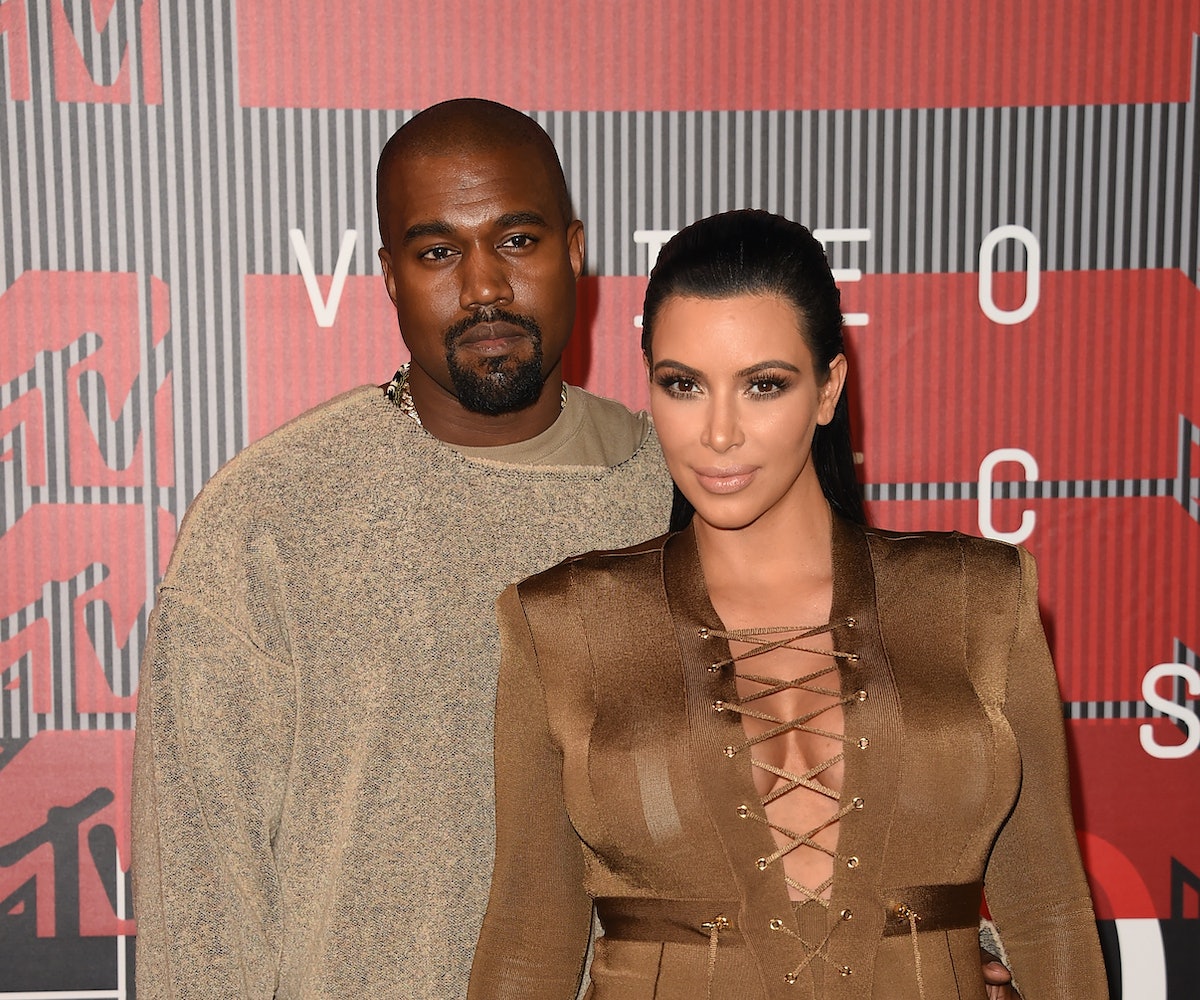 For thousands of years, parents have bestowed their children with biblical names: Peter, John, Michael, Joshua, Mary, Abraham. Now, in an age where rappers compare themselves to Jesus and reality TV stars

, it's time for this all to change. Why bother skirting around an issue when you can cut through the bullshit and take the bible at its most, well, straightforward? And so with this in mind, Kim Kardashian and Kanye West have given their newborn son the most appropriately Kardashian-West name of all: Saint. Yup; Saint West. Because when your first child is a direction, your second should be a literal patron. (We still think they should have gone with "Nine"—think of all the marketing tie-ins!)

As Kim announced on her app and website earlier today, Saint began his time in this realm larger than most other babies, literally, at a hefty eight pounds, one ounce. Oh, and he has no middle name yet, because much like all the greats, he doesn't need one. Praise Yeezus.